“There’s a great deal of urgency now,” said Sen. Sarah Elfreth, D–Anne Arundel, the Senate sponsor for one of two related bills presented Tuesday to a House of Delegates committee.

If you can stream Netflix without constant lagging, you have broadband, Kinnally said.

Lawmakers and organizations should approach broadband as a utility, much like water and electricity, rather than as an amenity, said Andrew Coy, executive director of the Baltimore-based Digital Harbor Foundation.

Coy said that a newly formed statewide office should measure broadband performance in different neighborhoods to combat the “very justified concern” of digital redlining –– a concern supported by data.

Two-thirds of Marylanders without broadband access live in Baltimore or in a metro county, according to a study the Baltimore-based Abell Foundation published in January 2020.

Coy told Capital News Service he understands that a statewide office created to expand broadband access won’t alleviate the state’s digital divide, but he said it’s a step in the right direction.

Broadband accessibility is often linked to population density, which leaves some rural residents without any wired access, but living in a city with access doesn’t guarantee fast internet.

Provider costs may limit the capacity of a household’s connectivity.

In a letter written Tuesday to Attorney General Brian Frosh, three Baltimore councilmen and the Baltimore Digital Equity Coalition asked for an investigation into Comcast’s data cap as a form of “predatory price gouging.”

If customers without an unlimited plan reach their monthly data limit, Comcast charges them a fee, a restriction that is especially troublesome given Baltimore’s lack of network competition, said Baltimore Digital Equity Coalition co-founder and volunteer Adam Echelman.

In a statement to Capital News Service Thursday evening, Comcast spokeswoman Kristie Fox called the company’s limit of 1.2 terabytes a “massive amount of data,” adding that the “very small percentage” of customers who exceed their limit will have six months notice before facing fees.

Of the roughly half a million Marylanders without access to wireline –– as opposed to wireless or fiber –– broadband, 40% are African American, according to the Abell report.

The bill Elfreth sponsors, SB0066, would include a statewide audit of the “availability, reliability and affordability” of broadband services in every county.

Perhaps most consequential, more than 100,000 households in Maryland with children younger than 18 don’t have broadband access –– of these, a disproportionate number are poor, African American and Hispanic, according to the Abell report.

In her testimony Tuesday in support of Elfreth’s bill, SB0066 and HB0097, director of advocacy for AARP Maryland, Tammy Bresnahan, said elderly people in particular rely on broadband for telehealth, telemedicine, civic engagement and social interaction, and she explained that isolation has been a pressing issue for them during the pandemic.

Retired Montgomery County Circuit Court Judge Gary Bair said in his testimony that broadband will be crucial for the proper functioning of state courts, citing that civil and family proceedings –– in which there is no right to counsel –– may be especially vulnerable to disruption without reliable internet access.

“As we recover from this pandemic, we’re going to need it in every system across the state,” Community Development Network of Maryland Executive Director Claudia Wilson Randall said in her testimony for Krimm’s bill. 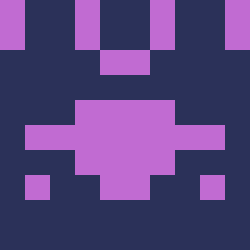