Hogan said that Maryland has seen “dramatic” declines in several coronavirus-related measurements, allowing the state to lift more restrictions under phase two of the “Maryland Strong: Roadmap to Recovery” plan.

But he also cautioned Marylanders to continue protecting themselves against coronavirus.

“The fight against this virus is far from over,” he said. “In fact, now more than ever as we begin to come in contact with more people, we must all continue to remain vigilant.”

Restaurants will be able to reopen indoor dining at 50 percent capacity while following guidelines from the Centers for Disease Control and Prevention, the Food and Drug Administration and the National Restaurant Association.

Some of those requirements include seating customers at least six feet apart and no more than six people at a table unless they are members of the same household; having customers and staff wear masks “as much as possible”; disinfecting tables, chairs and other high-touch surfaces; and screening staff for COVID-19, Deputy Secretary of Health Fran Phillips said.

Buffets and self-serve operations are not allowed, Phillips said.

Gyms and indoor fitness studios will be allowed to reopen at 50 percent capacity, effective at 5 p.m. on June 19.

Outdoor pools will be allowed to increase their capacity to 50 percent then as well.

The state will be issuing further guidance on youth, amateur and professional sports; concerts; and events.

State Schools Superintendent Karen Salmon said school systems will be allowed to reopen buildings for summer school programming with a maximum of 10 to 15 people per room.

Salmon said schools should focus summer instruction on students with “more intense learning needs” who have been the most impacted by the pandemic or who have struggled with distance learning.

All childcare providers will be allowed to reopen, as long as they have no more than 15 children in one room and adhere state health guidelines.

Salmon said the state is encouraging childcare operations to reopen as more parents and families return to work.

The Maryland State Department of Education has released a revised plan with recommendations for local school systems.

As in previous instances when the state has lifted coronavirus-related restrictions, Hogan has left it up to local leaders to determine whether their jurisdiction will allow businesses and activities to reopen in their areas.

Although the state is lifting these restrictions, Phillips reiterated that “we’re not out of the woods yet.”

Hogan said that as a cancer survivor and someone older than 60 years old, he would not choose to have a meal inside a restaurant.

“I think some people will feel comfortable and it will be great to help our restaurants get back on track,” he said. “But other people, like me, may not quite be ready to do inside dining, and I think that’s going to be a personal choice.”

Hogan noted that health experts have expressed concerns about the large gatherings of people protesting the death of Minneapolis man George Floyd, who died after a police officer, Derek Chauvin, drilled his knee into Floyd’s neck.

State officials are encouraging anyone who’s participated in a protest to immediately get tested for COVID-19 and to avoid vulnerable populations, such as people older than 60 and anyone with a compromised immune system, Hogan said.

The governor also used the protests to slam Baltimore Mayor Bernard C. “Jack” Young for taking a slower approach to reopening the city.

“I think it’s absolutely absurd that there are thousands of people gathering in the streets and yet a small business in Baltimore can’t open their doors,” Hogan said. “And I think Jack Young should let those small retail shops open–they should have been open a long time ago.”

Representatives from the mayor’s office did not immediately return a request for comment.

The state is partnering with the Maryland National Guard to open multiple “high-volume” testing sites across the city, including one at the Baltimore Convention Center, where there is already a field hospital for coronavirus patients.

Hogan said Maryland’s increased ability to test for COVID-19 is one of the major reasons the state has been able to move along with its reopening plan.

At the start of the pandemic, there was a lack of tests and states, the federal government and other countries all had to compete for the materials in a market with short supply, Hogan said.

Now, the state has conducted 451,976 tests–or 6.4 percent of the population–increasing the number of tests by 429 percent over the last 50 days, he said. All residents and staff at nursing homes, the sites of some of the most severe outbreaks, have been tested, he added.

With the new sites in Baltimore, there will be 120 locations to get tested across Maryland.

“We are strongly encouraging anyone who wants to be tested and anyone who has been at any large gathering or may have been exposed, especially those who are in or are around vulnerable populations, should get tested,” he said.

As the state has ramped up testing, the average rate of positive results has decreased sharply, signifying that officials have a better understanding of the disease’s full spread.

Before a slight increase reported Wednesday morning, the average rate of positive tests had declined for 13 consecutive days since reaching 12.84 percent on May 26. It’s now at 7.24 percent. Health officials recommend the rate be 10 percent or lower.

The number of hospitalizations and intensive care patients–two metrics Hogan and state officials have monitored when deciding to loosen restrictions–declined over the last 14 days and eight days, respectively, according to state data released this morning.

Phillips said the state has deployed 9,000 employees from state and local health departments, other government agencies, and the Maryland National Guard to conduct contact tracing, the procedure of informing people who have been exposed to someone who tested positive for COVID-19.

Absent a vaccine or treatment, the restrictions the state has implemented on crowd sizes, business operations and other parts of everyday life, and the guidelines issued on the use of masks and physical distancing, have been “a very powerful tool to protect Marylanders and fight back against this virus,” Phillips said.

She said the numbers tracking the disease’s spread “are truly encouraging.”

The actions Marylanders have taken–staying home when possible, maintaining physical distance and using face coverings–have been “the most important tool” in limiting the virus’ spread and protecting friends, relatives and the community, Phillips said. “It is through the responsible actions of Marylanders over these past many, many weeks and months that have put us in the position now that we can reopen.”

She cautioned that Marylaners should still follow these guidelines, saying “the best defense” against COVID-19 is not getting infected at all.

The virus has not changed at all since the pandemic started.

“It’s still contagious, it’s still sneaky,” she said. “It takes days before symptoms appear, and people may be infectious before they realize they have symptoms.”

“Just because it’s open doesn’t mean you have to participate,” she said. 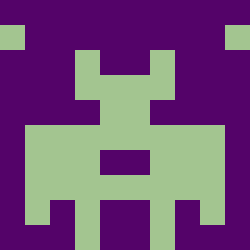 Latest posts by Marcus Dieterle and Brandon Weigel (see all)