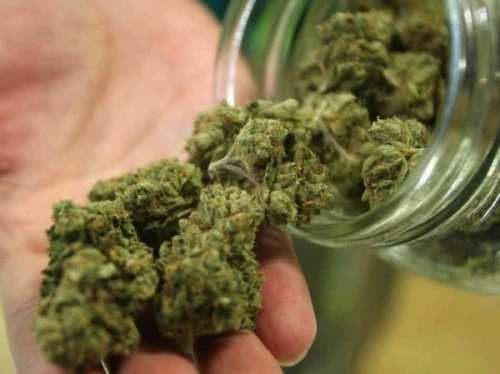 Maryland cannabis regulators have exciting news for the 15,000-plus patients already registered to receive marijuana for medical purposes: the industry’s opening day is merely weeks away.

Maryland Medical Cannabis Commission Chairman Brian P. Lopez said in a release today that “all licensed and operational dispensaries are expected to have products available by early December.”

Of course, that only applies to slightly more than a handful of dispensaries at this point. Six of the 102 pre-approved dispensaries in Maryland have received full licenses to begin operating, according to the commission’s website.

Maryland enacted its medical cannabis law 43 months ago, but has been historically slow to get its industry up and running. Meanwhile, thousands of patients have received doctor’s and state approval to receive medicine for a variety of ailments.

As dispensaries open, the “quantity of medical cannabis products will be low, compared with the inventories of products seen in other states,” the state’s release said. Growers and dispensaries could require several months to fully stock their inventories.

Ahead of the kickoff, a licensed marijuana grower and processor in Lutherville and a dispensary in Frederick are partnering up on a study about vape oil pens for registered patients.

Curio Wellness of Baltimore County and the Wellness Institute of Maryland in Frederick will work together “to study the effectiveness of vapor inhalation devices for use by patients,” according to the health department.

A spokesperson for Curio Wellness said in an email that because it’s a blind study, no other details will be made public, “so as not to compromise the methodology of the study.”

The Lutherville firm has already received full licensure to grow and process cannabis in Maryland, and is currently awaiting approval for a full license to run a dispensary as well, according to the commission’s website. The company spokesman said the business plans to begin serving patients “on or about” Dec. 1.

So far, 14 growers and 12 processors have been fully approved.

Unlike the most common method of marijuana use, combustion, vaporizing involves heating up cannabis oil, concentrates or flower to a point where they vaporize, but do not burn, which research has shown is comparatively easier on a user’s lungs. Cannabis oil is a concentrated form of the buds traditionally smoked by marijuana users.

Patrick Jameson recently resigned as executive director of the Maryland Medical Cannabis Commission. A former state trooper appointed by Gov. Larry Hogan, Jameson served in his post for 18 months, and was the second commission chair to resign within the last two years. A search is ongoing for his replacement.

This story has been updated with comment from Curio Wellness, and corrected to reflect that Jameson has not been replaced as executive director of the Maryland Medical Cannabis Commission.