Mid-Atlantic Day Trips – Francis Scott Key was always sort of a hometown hero for me: I grew up in Frederick, Maryland where Key is buried in Mount Olivet Cemetery as he desired, “in the shadows of the Catoctin Mountains.” Thus, Fort McHenry has always been a favorite destination for me. It’s a lovely place to walk along the water in the mornings, even if you can’t visit the fort with your dog — you can enjoy the outside at least.

The soon-to-be-author of the Star Spangled Banner watched the bombardment of Fort McHenry from a ship in the Patapsco River on 12 September 1814 — Key was helping to negotiate the freedom of an American doctor being held captive on a British ship. Because they were already planning the attack, the British detained Key’s ship from returning to Baltimore until after the attack. Key spent an anxious night watching it take place, which inspired him to write the lyrics. A key bit of trivia (get it, key??? I crack myself up) is that despite its popularity, the Star Spangled Banner wasn’t officially adopted as the National Anthem until 1931.

The Brits pretty much owned the Chesapeake Bay during the War of 1812, disrupting trade and bringing the war to the center of the 30-year-old United States. They established a base on Tangier Island — not sure why they didn’t re-occupy Smith Island, since Smith Island was a base of operations for them during the Revolutionary War (oh, the history I’ve learned since starting this blog!) — and raided waterfront towns at will. 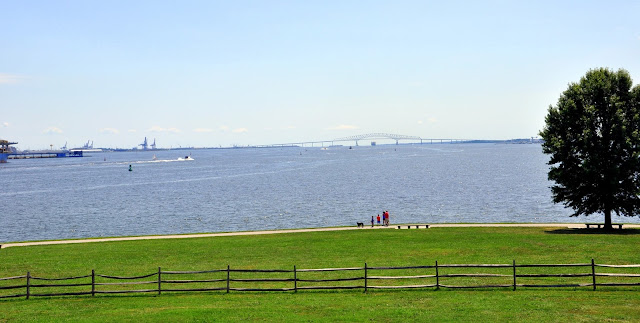 By that September 1814, Washington was already in flames and Dolley Madison had made history in her own right by defiantly saving our national treasures, including the portrait of George Washington that hung in the White House. With Washington in shambles, our former and wannabe future colonial overlords set their sights on Baltimore. Unfortunately for them, Baltimore was prepared for the land and water attack. Although British troops marched toward Baltimore, they awaited the outcome of the attack on Fort McHenry, which guarded the city and its harbor. 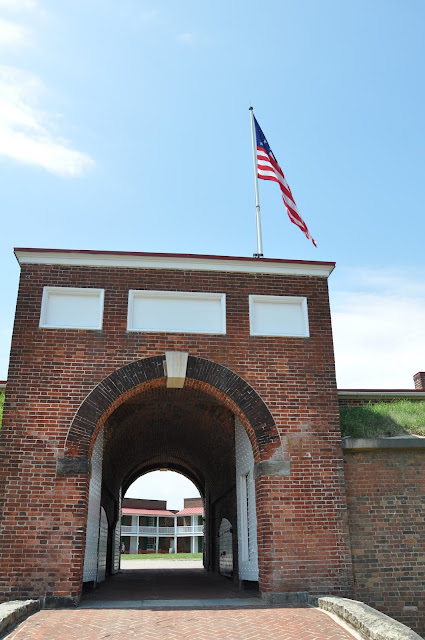 Through a day and then a dark and stormy night, the British gun ships pounded Fort McHenry with rockets, bombs, and mortars. But Baltimore bravely withstood the bombardment and didn’t surrender as expected. When morning came, the British inexplicably withdrew. Key, watching from his ship, glimpsed the Star Spangled Banner still flying at Fort McHenry through the clouds and smoke, and in his joy and relief, scribbled his few lines down. 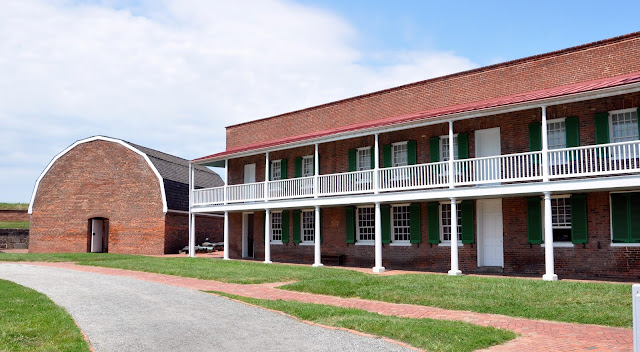 Coupled with an American victory on Lake Champlain, the end of the War of 1812 was in sight and a treaty was signed in December. 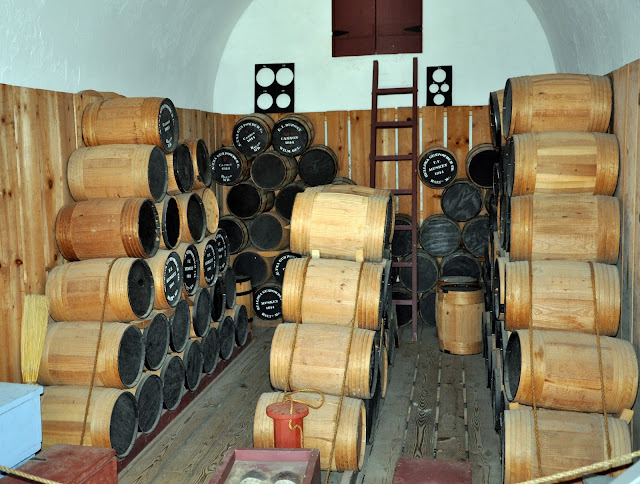 The American and British explanations for the start of the War of 1812 differ — and indeed, the Canadians and British call it the War of American Aggression, but our side of it is that the British, needing men for their huge navy and the ongoing war with France, would frequently board American vessels and seize men (calling them British “deserters”). Britain also worked with Native Americans to obstruct American expansion along the Great Lakes and Northern Frontier. Memories of the Revolutionary War were still fresh in American minds, and the tension between Britain and the United States culminated in declaration of war on 18 June, 1812. 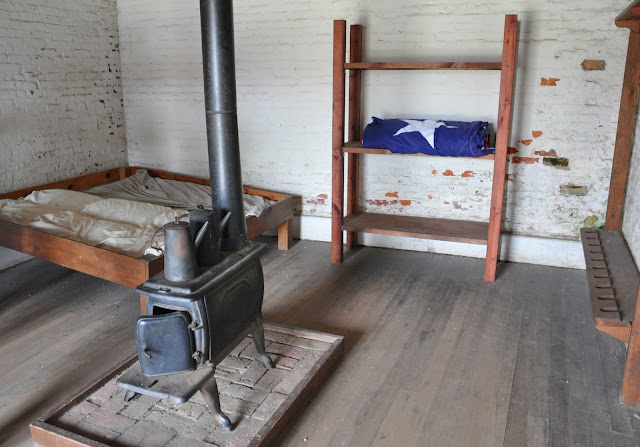 Historians believe that the War of 1812 helped propel American into “greater maturity” as a nation, causing the states to unite again Britain, then a world superpower.

This recent visit is a good pairing with the blog’s recent visit to Montpelier: James Madison, fourth president of the United States, was president during the War of 1812. I’ve written about other War of 1812 sites before — check out the post about Fort George. 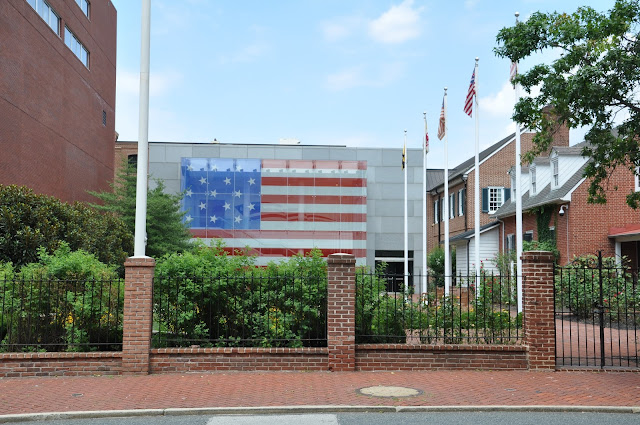 The original plan for our day had been to park at Ft McHenry, take the water taxi over to the Star Spangled Banner Flag House, tour it, and head back (on the water taxi) to the fort. Unfortunately, there were two flaws to that plan:

As an added bonus, though, I can add another lighthouse to my list of visited lighthouses: Lazaretto Point Lighthouse in Baltimore Harbor, standing just opposite Fort McHenry. Lazaretto Point acquired its name from a smallpox quarantine hospital which once occupied the point. By the time that John Donahoo began construction of a brick tower light in 1831, the hospital was gone; the name was destined to live on in local naval lore, however, as in 1863 a depot was established around the tower for the construction and resupply of lighthouses throughout the bay. Many screw-pile lighthouses were prefabricated at the depot in preparation for erection at their final sites. 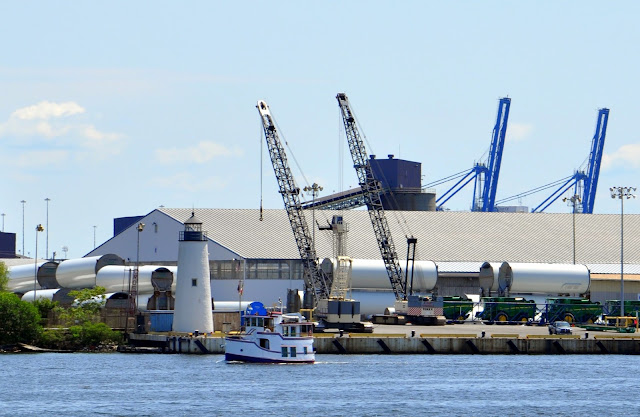 The old tower was torn down in 1926, replaced by a taller steel skeleton tower. This tower survived until 1954. By this time the depot had diminished in importance, and it was shut down entirely in 1958. A replica of the original tower was constructed in 1985 by the Rukert Terminal Corporation in honor of Norman Rukert, Sr., who had entertained the idea of constructing such a replica before his death. The new tower was constructed from blueprints of the original found in the National Archives. Though it sports a small white light, it is not an active aid to navigation.

Getting there: Fort McHenry is located at 2400 East Fort Avenue, Baltimore, MD 21230

Dogs: Yes, on the outskirts, but not in the visitor’s center or in the fort itself.

Website: http://www.nps.gov/fomc/index.htm
Have you daytripped somewhere interesting? I’d love to hear what you’re doing! Email [email protected] if you’re interested in being a guest-blogger!