Though The Circle is a provocative piece, with the requisite star power of Emma Watson and Tom Hanks, it doesn’t warrant more than the tepid audience reaction it’s received.The film, based on Dave Eggers’ novel, was designed to be more than a mildly biting look at the co-opting of our lives’ social media entertainment value.

Now standard for digital incubators, the company at the center of The Circle provides the kind of lifestyle swag for its ambitious yuckies—young urban creatives—to make life in its hyper-connected cocoon feel like a mere way station to greater wealth and stock options, which is hardly a novel on-screen environment. But, what’s given prominence, in what is ultimately a thriller premise, is the movie’s smug assumption at having sated the audience by letting them imagine themselves living in The Circle’s high-tech glitzy campus. And the social commentary that slowly creeps up, after so much screen time spent reveling in these perks, feels more like buzz-kill.

Presumably, this is one of the reasons the film didn’t resonate with younger, tech-savvy viewers. That the protagonist (Watson), though increasingly leery, sees her future as inextricably intertwined with the health of the company is a standard gamble that young employees feel pressured to make today. Mae’s previous life was a downer, and it was only natural that she’d joyfully flee her gig as a telephone solicitor becoming more deeply absorbed in the Google-esque playground of her new job. And, we can see why. She gets free shuttle service from the office park to her suburb; comprehensive health and dental; a dorm room, should she choose to live and play there.

More damning, in an effort to get ahead, she goes down the rabbit-hole of corporate cultural conformity. But, for most of the film, she does this without much self-examination. When her dad is gifted an expensive medical regimen for his MS—if he agrees to allow the company to monitor his live biometric feed—she urges him to accept. She thinks it’s a fantastic idea, even though they’ll be broadcasting how he responds to the treatment with no guarantee he will improve.

Another “perk”—futuristic 24/7 city-camera surveillance with real-time linking to globally disseminate any citizen’s every conscious moment on digital billboards and corporate screens everywhere—is eerie. But, with this digital blanketing a wider dispersal of technology that already exists, presumably many under-25s simply see this as a self-branding upgrade.

So if this segment, a large demographic of the movie-going audience, isn’t particularly interested in poking holes in the professed ethical code of The Circle’s economic identity, that’s a problem. The reason the movie has seen viewers and word-of-mouth turn against it is because if you’re not inclined to lampoon the world’s Insta-appetites, then after its envy-inducing beginning, the rest plays like a drawn-out, unnecessary PSA for a society we already know is here.

That the film’s critical fault is its tonal dissonance is a symptom of the script’s vacillation. It’s as if it’s trying to hedge its bets and appear more sophisticated than it is by comparing itself to the seeming guilelessness of its heroine. Its weakly accented, pointed satire is warring for dominance over the consumerist fantasia. Eventually, The Circle churlishly mocks Mae for believing she can reach her full potential and bloom within the company’s alternatingly cozy and competitive environment.

While her cushy accommodations are certainly covetable, the none-too-subtle undertone now begins blinking BRAINWASHED with an emergency-exit ferocity. It’s the fearmongering’s tagged-on effect that strains the movie’s oppositional genre ambitions of voyeuristic, feminist coming-of-age drama and apocalyptic techno-thriller. And, millennials have pounced gleefully on this with their social media quips:

@DeepFocusReview A world-upside-down episode of Black Mirror, except less

After all, convinced of their self-awareness, because they chuckle at these tech excesses, why rain down criticism on such a vibrant workspace? When life is so sweet, why tug on any disquieting thread? Plenty of corporate lip service from The Circle is paid conscientiously to forward-thinking social goals, so isn’t that progress? Aren’t conspiracies and hidden agendas just the click-bait of hysterical reactionaries?

As concocted, The Circle isn’t bold enough to sway the young into being afraid of what’s shambling perniciously toward us. Instead of a guy waving us down, yelling for us to exit a Starbucks; we’ve got someone just screwing up their nose at their venti macchiato… and, we’re to take that to mean a shooter’s just entered at the front.

The dramatic scale of Mae’s situation is similarly shortchanged by the fact that she herself isn’t burdened by the string of compromises she makes. She’s without active direction, living in a binary world where she can get on board and comply, or be left behind in an analog isolation where peace can still be cruelly shattered. Even when the people in her old life are unable to cope with the pace of this social evolution, she isn’t moved to filter their predicament through their perspective for very long. Without a genuine series of decisions stemming from conscious or unconscious concerns, she goose-steps down the corporate corridor of power to accept more transparency and an inescapable accessibility as the eventual face of the corporate brand.

The other millennial characters in the film see the same myriad benefits, too, from company-sponsored, self-curated images, until it’s too late. Maybe, what clearly propels their entrepreneurial spirit—self-regard—doesn’t permit them to entertain problems from the chance overnight success they aspire to. In real life, other generations can be accused of the same kind of myopia and rationalization. But, in spite of their effortful practice of an authentic, virtuous consumerism, Gen Y doesn’t seem able recognize its own penchant for self-indulgence.

While The Circle’s mutual endorsement of Mae necessitates her total submission to its mission of the unchecked control, management, and manipulation of private information—even taking over many roles of the federal government in taxation and elections—the company also unwittingly adopts some constraints to their power. But, by then, their technology has so consolidated many of the processes that govern all our daily interactions the only difference is the new titular head that Mae ushers in.

And at one character’s stark realization that the revolution is doomed—it’s long past the time to wonder at his once-hidden motives. The ending isn’t so much a shock, as a non-shock, unfortunately; a disappointing reversal that really doesn’t signify anything because the system has essentially been running itself in a smiley-faced, shallow singularity.

As I write this, I can’t help but notice the cue from my sandwich’s packaging, which coos, “Relax. All you have to do is enjoy.” 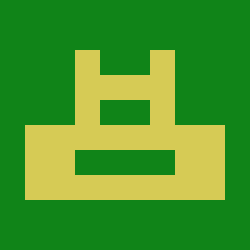 Elizabeth Lopez is a writer living in Los Angeles.