Courtesy of BMore Media – Baltimore’s Little Italy has always been known as the place to go for a cannoli, your 19th viewing of “Cinema Paradiso,” and to watch a round of bocce.

But as younger residents move to the area and more money flows into nearby Harbor East, new businesses are opening up to cater to them while existing ones are making upgrades so they can compete for visitors.

An Asian restaurant will open in the former Velleggia’s Italian Restaurant spot – a neighborhood staple for more than 50 years. A made-to-order wine shop will open in the building that once held Mama Cellina’s. A farm-to-table eatery will join two other restaurants that have recently opened in Little Italy’s periphery. And a contemporary, black-and-white themed bed and breakfast opened in August.

“The restaurants have benefited from Harbor East, bringing in new customers and attracting people,” says Lou Mazzulli Jr., president of the Little Italy Business Association. “Around here, we call it Little Italy South,” he says of Harbor East. The area is home to a new Four Seasons Baltimore, upscale condos and swanky restaurants.

One of the newest additions to Little Italy is Eagle House, which will feature Chinese, Thai and Japanese cuisine, including sushi. Owner Kong Chen, who also owns Federal Hill’s, is spending $300,000 to renovate the former Velleggia’s space. He says he hopes the 300-seat restaurant will open in a couple of months and to secure a liquor license down the road. Terry Coffman II closed Velleggia’s in Little Italy in late 2008, after filing for bankruptcy protection.

Of course, Asian restaurants aren’t entirely foreign to the area, home of India Rasoi. Having a variety of restaurants — and not just Italian — brings new faces to the area, Mazzulli says. Max’s Empanadas opened in 2010 and Pacific Coast Dining Co. began serving up Thai, Greek and Mexican cuisine last year.

Besides the traditional restaurants that have been a Little Italy mainstay, smaller establishments like Isabella’s Brick Oven and Panini are also vying for the attention of hungry visitors.

“When we considered opening down here, we saw a real need for a pizza place,” says co-owner Dan Stewart. “There were plenty of white tablecloth restaurants like Chiapparelli’s and Sabatino’s, but no real pizza joints.”

Stewart says he has been working with other restaurant owners to add outdoor seating and coordinate on promotions.

Read the full story at Bmoremedia.com 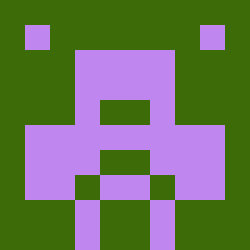