The exhibit examines the role the physical railroad had in the Underground Railroad network. It also gives a closer look at the journey of 27 slaves searching for freedom along the Baltimore and Ohio Railroad.

The exhibition will open Sept. 24 in Baltimore. It will be on display at the oldest building on the museum’s campus, the historical Mt. Clare Station, a pre-Civil War passenger station.

According to museum officials, Mt. Clare is the “National Underground Railroad Network to Freedom site and the exact location through which eight Freedom Seekers traveled, one of which included Henry ‘Box’ Brown,” a slave who escaped to freedom by having himself mailed in a wooden crate to abolitionists in Philadelphia.

The exhibit will examine the paths of 27 Freedom Seekers, who museum officials say “are documented as having used the B&O Railroad during their journeys.” These individuals’ experiences will be told through multimedia displays and a song originally written and performed by Henry “Box” Brown that was newly recorded and produced in collaboration with the Howard University Department of Music.

Attendees will also gain insight on William and Ellen Craft, who traveled through Mt. Clare Station while Ellen dressed as a white man and her husband William posed as her slave.

The exhibition will display artifacts such as Freedom Papers, which the museum has on loan from Xavier University of Louisiana.

“This exhibition is important on many levels; it shares the stories of ingenuity of the Freedom Seekers and highlights their own voices; it is one of the only Network to Freedom Sites in the country to explore the role the physical railroad played in the Underground Railroad; and it is using new  technology to convey these stories.” said Kris Hoellen, executive director of the B&O Railroad Museum, in a statement. “We hope this exhibition promotes a sense of civic pride for Baltimoreans.”

The first two weekends of the exhibition, Sept. 24-25 and Oct. 1-2, will include family craft stations and activities in the museum’s pavilion.

Timed entry passes are required and can be reserved online at www.borail.org/undergroundRR.

Exhibition programming will be scheduled to take place each month during the first year of this new permanent exhibition. October’s feature is a food-tasting event titled “From Biscuits to Freedom Cake: The Culinary Journey of Henry “Box” Brown.”

The full calendar of programming, details, and ticket information will be available at www.borail.org/undergroundRR. 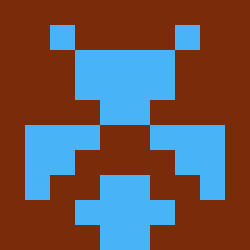