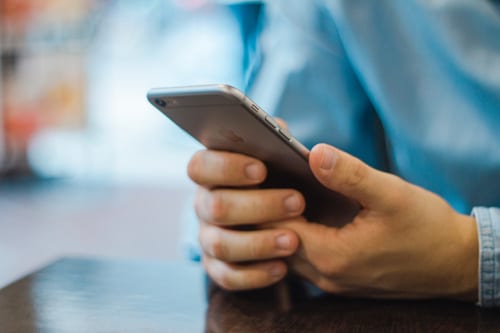 Sponsored Content: Smartphones have become a part of everyday life. For parents and children, they can be very helpful, allowing children to easily communicate with parents and let them know where they are at any given time. However, they can also be used to victimize children. Maryland State Police have been finding this as they make their way through a ten-month backlog of files that include digital evidence of child abuse.

One of the most shocking cases was that of Deonte Carraway and Carlos Bell, teaching assistants in Prince George’s and Charles counties, respectively. Bell had his phone seized but it was six months before investigators could analyze the data from that phone. When it finally was, child pornography was found, including images of Bell sexually assaulting children. In the six-month waiting period, Bell had victimized another eight children.

However, new funding may change the process. Under Alicia’s Law, passed in 2016, the state will receive $2 million to investigate and prevent child abuse. This will be divided up between a number of government agencies that are involved with investigating and prosecuting child abuse cases.

The state police will be using $771,000 to buy new equipment that will have more processing power and updated software. That equipment will allow the police to move through the backlog much faster, processing twice as much evidence as they can now. After receiving the grant funds in the fall of 2017, evidence from cases currently pending could now take anywhere between four and ten months to process.

In addition to the funding the state police will receive, the Charles County Sheriff’s Office also received $28,000 to help pay for investigators’ overtime. That allows them to investigate tips and data more quickly. The Center for Children also received $52,000 to develop strategies that will help them assist in child abuse cases involving the internet.

“Funding like this can improve the State’s ability to prosecute these cases, which makes obtaining a lawyer as soon as possible even more important” says Maryland domestic abuse attorney Seth Okin of Price Benowitz LLP.  Currently lawmakers are trying to enact more legislation to prevent child abuse as well. The Senate is currently reviewing two bills that would mandate reporting by teachers, doctors, and others who suspect child abuse. In the House, another two bills have been put forward. One outlines a mandate to include the idea of consent to be included in sexual education classes. The other would allow evidence from past victims to be included in a sex offender’s trial to show a pattern of abuse or assault.

If you are involved in a child abuse case it is important to know the law. Contact an attorney who can help you understand the charges you are up against. College Park criminal defense attorney Seth Okin has been named a Rising Star by Super Lawyers Magazine and Maryland Super Lawyers. Attorney Okin has been named a Top 40 under 40 by National Trial Lawyers and National Trial Lawyers Association. This sponsored content is provided by Maryland criminal defense lawyer Seth Okin with Price Benowitz LLP.