“The manner in which a person pays their rent should have no bearing on where they are allowed to live,” Young said at the Friday morning bill signing. “Yet today in Baltimore, housing vouchers are mostly concentrated in certain neighborhoods.”

The ordinance takes effect at the end of April. It’s the first bill Young has signed into law as acting mayor, a position he’s held since April 1, when Mayor Catherine Pugh began an indefinite leave of absence amid a bout with pneumonia and the fallout of a scandal over her six-figure book deal with the University of Maryland Medical System.

“This is, very simply, a civil rights bill,” Dorsey said at the bill signing last week.

Noting Baltimore was the first city in the country to pass a racial zoning law, he said this legislation is “a part of the process of reversing decades and generations of a legacy of racist discrimination.”

But the bill became law only after a change that advocates say still allows for discrimination. Young signed the bill with an amendment he wrote in, and which passed at the bill’s second reading March 11, that allows apartment owners to reject voucher holders if 20 percent of their units are already occupied by tenants with subsidized rent.

While expressing support for the broader spirit of the bill, housing advocates criticized the inclusion of the cap on vouchers.

“I’m glad something got signed,” said Christina Flowers, founder of The Real Care Providers Network, which advocates for people experiencing homelessness. “I’m mostly disappointed that the amendment went through. I think it was a disgrace.”

And while Tisha Guthrie, an organizer with the Homeless Persons Representation Project, which provides free legal aid to homeless people, called the bill an “awesome, strong first step” at the bill signing ceremony, HPRP executive director Antonia Fasanelli told Baltimore Fishbowl the amendment to it is “offensive.”

Matt Hill, leader of a team of tenants’ rights lawyers at the Public Justice Center, said Baltimore is one of 70 jurisdictions to prohibit source-of-income discrimination. But he didn’t know of any other city enacting such a cap.

“We don’t apply caps to human beings in civil rights law,” he said.

Even so, he said the bill is a “huge step forward” that would open up more parts of the city to voucher holders.

Councilwoman Mary Pat Clarke voted against Young’s amendment on March 11. On Monday, she told Baltimore Fishbowl it compromises the intent of the legislation.

“Either source of income is not a source of discrimination or it is,” she said.

Councilman Bill Henry (4th District) added a sunset clause to the amendment, meaning the council would have to reauthorize the 20 percent rule after four years.

About 70 people attended a rally for the bill–which doubled as a protest against the amendment–outside City Hall before that March 11 meeting.

Jill Williams, a retired Coast Guard veteran who said she was homeless for 10 years, said the Homeless Persons Representation Project helped her find the house in Randallstown where she’s lived for the last three years. She was among those who criticized the amendment as discriminatory.

“I’m old enough to remember living through housing discrimination based on race,” said Williams, now an HPRP board member. “Now we’re back to the same discrimination in a roundabout way.”

Fasanelli said at the rally that many of her clients face source-of-income discrimination.

The city’s Office of Civil Rights and Wage Enforcement says about half of voucher holders in Baltimore successfully rent the housing of their choice. In Howard County, that number is 90 percent, the office said in a letter supporting the legislation. Officials there credit a similar anti-discrimination ordinance.

Clarke said the law will be enforced by complaints. Landlords will still be allowed to reject potential tenants with bad credit histories, or who have a history of damaging property.

“It’s only that you cannot use the fact of the voucher itself to deny somebody the right to rent,” she said.

Henry said landlords will report the percentage of their units occupied by voucher holders.

Clarke remains skeptical that the reporting requirement will have teeth. She said she doesn’t know “how in the world it’s going to be validated.” 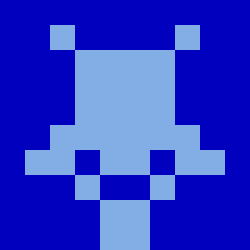 Latest posts by Ian Round (see all)