Chad McCoy is a personal injury attorney covering cases such as car accidents, distracted driving, and medical malpractice. He is licensed to practice in Kentucky.
The National Transportation Safety Board conducted an incident report on a bus accident in Baltimore, Maryland on November 1st, 2016. A man, Glen Chappell, was driving a school bus and wound up crashing into a Ford Mustang and then a Maryland Transit Administration bus.
The crashes occurred on Frederick Avenue and six people, including Chappell, were killed in the accident. Eleven others were injured, and the NTSB’s newly published report is shedding some light on the fatal crashes that could potentially force some institutions into a difficult legal situation.
The most damaging findings published in the report deal with Chappell’s medical background and his prior experiences with automobile accidents. The 67 year old man had been in over twelve car crashes during the past five years and had suffered from “seizure-like episodes” as recently as one week before the school bus accident.
This information could prove to be costly for the Baltimore City Public Schools system and the bus company if the victim’s families decide to file suit. A faction of legal experts, commenting on the case, are firm in their opinion that Chappell should have never been allowed to obtain employment as a bus driver given his previous driving and medical history.
Kevin Goldberg, a Silver Spring accident lawyer, believes that the victim’s families may have a shot at successfully suing the bus company, if their attorneys can prove that AA Affordable knew about Chappell’s medical ailments and were aware of his prior automobile accidents. Federal and state regulators are pretty clear on liability in situations like these, and it is left to the driver and their employer to disclose major medical events such as seizures.
Both the Federal Motor Carrier Safety Administration and the Maryland Motor Vehicle Administration make it mandatory for drivers to disclose any pertinent medical history when applying for driving certificates. Doctors, who are tasked with performing physical assessments, ask the drivers about their medical history, and it is up to that person to be open and honest about their past experiences.
The fact that patient participation is a major part of the physical assessment means that the doctor is an unlikely target if a winnable suit is the plaintiff’s goal. However, if the plaintiff’s attorneys can prove that the driving company was involved in covering up Chappell’s medical problems, then there is a strong possibility that a civil suit could be won and that a major financial settlement would be reached.
As for the Baltimore City Public Schools system, experts agree that while it is possible to hold them liable for the accidents, the plaintiff’s attorneys would have to prove that the school system was aware of Chappell’s driving and medical deficiencies.
Because the city school system had hired AA Affordable as one of seven companies used to transport its students, the chances of them knowing about Chappell’s problems are slim to none.
The school system’s decision to sever ties with the bus company three weeks after the accident is also a good sign, indicating that they are not trying to cover their tracks and are concerned about the safety of their students.
Attorney Dan Whitney Sr. believes that the victim’s families would be better off having their attorneys investigate the bus company and that a claim against the school system is “more remote” and not likely to result in a favorable outcome.
Officials at both AA Affordable and the Baltimore City Public Schools system have been wary of discussing this matter and are preparing themselves for months of investigations that could prove costly to their reputations and wallets.
It is up to the city of Baltimore and the plaintiff’s attorneys to do their research and determine the scope of negligence and assign liability to any relevant parties. 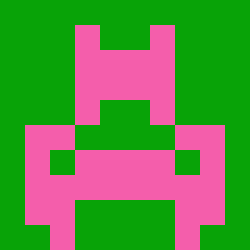