Attorney Seth Okin has been practicing in Maryland for years, representing clients on a wide array of offenses in 22 out of the state’s 24 counties.

With talks of race and identity politics dominating the media landscape, it is not surprising to find that racial tensions in the United States are growing more pronounced. While many people choose to ignore the problem, government agencies are slowly coming forward and providing statistics giving real weight to the feelings that minorities have about being marginalized.

The Maryland Statistical Analysis Center issued a report showing that black motorists in Maryland are stopped and searched by the police more often than white drivers in the same county. Even in areas of the state where black people are statistically less likely to be found with illicit drugs or contraband, they are still getting pulled over at higher rates according to recent traffic stop reports.

In Baltimore County, black drivers made up 50 percent of all recorded traffic stops by the local police and 53 percent of vehicle searches between 2013 and 2016. Just by themselves, these numbers seem suspicious, but they become absolutely heartbreaking when you learn that black people only make up 27 percent of the county’s total population.

This data, while shocking to some, will probably not surprise Baltimore residents who are well aware of the Department of Justice’s crackdown on the city’s police force for using discriminatory practices on the job.

Even still, many law enforcement officials are choosing to deflect blame by saying that their policing practices are completely justified. Lt. Ryan Frashure of the Anne Arundel County Police Department, said that the department has “strict policies detailing biased based profiling,” and any traffic stop within the county “is a result of probable cause developed by the officer(s).” Black motorists in Anne Arundel County made up 29 percent of the total stops and 35 percent of total vehicle searches, despite accounting for only 16 percent of the county’s total population.

Critics of this report are quick to point out that the research gathered by the Maryland Statistical Analysis Center is not complete and does not contain any information about stops based on the use of radar technology. The Governor’s Office of Crime Control and Prevention also believes that no concrete conclusions can be made because the study omits several important indicators like the past history of the drivers and their driving behavior before they were stopped.

One way to get a fuller picture and accurately report on racial profiling would be to have computers in every police car and allow officers to use sophisticated software that lets them scan the barcode on the back of a person’s license and input demographic data into an informational system. Officers should also be required to submit hand written traffic stop forms, letting them fill in any missing information that could further explain why that particular person was pulled over.

The problem with this is that many city police do not have computers in their cars, and a lot of them often forget to produce hand written traffic stop reports. The Southern Coalition for Social Justice has taken these requests to the Baltimore police department, and the department has said that getting computers in all of its policing vehicles is a top priority that needs to be accomplished.

With the issue of race still creating such a huge divide between Maryland citizens and the national population, we need accurate information that will provide us with definitive answers that cannot be disputed by those looking to keep the status quo. Solid information is also needed in order to provide solutions that will help ease the pain that many minority communities feel after years of dealing with unfair policing practices. 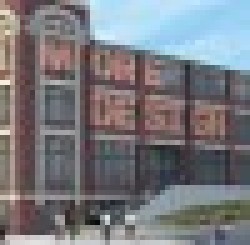