Thirty years after his own prom, Gilman’s Director of College Counseling Carl Ahlgren reflects on the “beautiful mayhem” as a metaphor for the college application process.

It is prom season.

The prom is one of the rare occasions in American life when even middle class families invest an amount of emotional energy and parental resource that would rival the coronation of Louis XIV. During prom season, no expense seems a little ‘too much.’ Of course, what begins as an elegant and genteel event soon morphs into a scene from Woodstock. I have seen Gilman boys and their dates, once the prom really gets going; they look very different not long after we parents take their pictures and promptly post them on Facebook.

Rare is the formal occasion that begins with beautiful tuxedos and dresses at 7 p.m., soaked with sweat and nacho cheese by 11 p.m.. Prom season means beautifully coiffed hair, perfect nails, and pristine make up, eventually swallowed up in a mosh pit of deliriously happy, sweaty late adolescence, hopping around and dancing with each other for what is likely their last shared social event. It is beautiful mayhem.

Like many in school life, who attend and chaperone proms, I drift back and think of my own senior prom, celebrated 30 years ago this month. From the spring of 1985, I remember well those trappings of eighties prom-itude. The boys’ tuxedos were more conservative, not because we were, but because the tuxedo industry had not yet discovered the profit potential for matching cummerbunds and bow ties in argyle and neon. For my best friend, Kevin, and me, the choice of a tuxedo was made easier by the May release of A View to a Kill, the latest James Bond installment, where Bond battled brilliantly with villains played by Christopher Walken and Grace Jones, and did so in an elegant white smoking jacket. If Bond could save the entire West Coast in such apparel, it was good enough for us on prom night.

Our dates then looked every bit as lovely as our daughters do today, but the dresses and the hair were meaningfully bigger and fluffier. The feminine mystique of the 80s was more about cubic footage than the values of ‘something strappy.’

In 1985, four hundred of my classmates and our dates packed into a glittery, baroque ballroom, known today as Leonard’s Palazzo. It was the kind of facility you would only find in Queens, NY. It was a big deal for us.

Our junior prom, a year earlier, was held in the school’s cafeteria. There was a band there to entertain us. None of us had ever heard of Harry Hepcat and the Boogie Woogie Band, and yet they provided our prom music at a time when Van Halen was telling us that we “might as well JUMP!” and Prince cryptically suggested that if “the elevator tries to bring you down, Go crazy!”

My date, Mary, and I were transported to the prom, along with four other couples, in a 1979 blue Volvo station wagon, driven by A.J., the older brother of my friend and classmate, Brian. (I see clearly that nine people in a Volvo station wagon is physically impossible, but this is how I clearly remember it.)

Things were more upscale a year later. By then, I was a (mostly) trusted part-time employee of Quinn Funeral Home, and as such, I was the guy who could secure a limo discount. Rarely has my social capital been so high, but my maturity did not follow in step. Happily, my date, Siobhán possessed, like a few since her, the gift of tolerating self-absorbed foolishness.

I also remember warmly how happy I was to see my teachers at the prom, a bit of a surprise for me. Here were some of the most important and influential adults in my life, and we were, kind of, sharing a social event together. They wanted to meet our dates and asked us questions about college. These were adult conversations. I began to feel very grown up, despite wearing rented shoes.

If I am honest with myself, I can admit that Mary and Siobhán had very little in common with each other, except for this mildly embarrassing truth: Long before I asked either to the prom, I was reasonably confident that they would agree to attend.  I was not a daring or especially confident teenage boy, and sought to avoid that classic male adolescent challenge of asking someone fresh – an invitation to a girl I knew, but one who might very well decline.  I was then, in my own naïve way, calculating.  If I was to invest the risk of asking a girl to the prom, I sought a reasonable expectation that there would be a return on my investment.  Not a sure thing, certainly, but pretty darn close.

This is an imperfect metaphor for the dance thousands of seniors begin every fall with the colleges that receive their applications.  The colleges receiving the most applications each year have a similar opportunity:  invite a seemingly interested date into the incoming class, while weighing that invitation against the applicant’s likelihood to say ‘yes.’  Like many aspiring prom-goers, colleges find themselves in a state of insecurity.  They believe they have value, that they are worthy prom dates, but are increasingly unwilling to invite those who appear less likely to accept the invitation.

This brings us to the first of three ways that prom season can teach us about college and college admission:  Click to read more on the Gilman website. 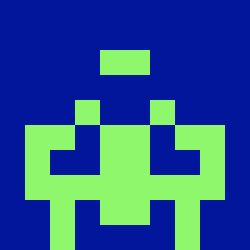