In a highly-anticipated conclusion to the bench trial of Edward Nero, Baltimore Circuit Judge Barry Williams acquitted the 30-year-old police officer of all charges in connection to the 2015 arrest and subsequent death of Freddie Gray on Monday.

Williams’ decision comes on the heels of a five-day trial in which the State argued for a finding of guilt on counts of reckless endangerment, misconduct in office, and second-degree assault.

Of particular note within Williams’ written ruling in the case is his finding that the State failed to present credible evidence that Nero was a direct participant in the arrest of Gray.

Observers of this trial and that of Officer William Porter will recall that a substantial legal controversy had previously arisen regarding whether co-defendant officers could be compelled to testify in advance of their own proceedings.

Though the Maryland Court of Appeals ruled that co-defendants could be called, what initially appeared to be a prosecution victory did not in the end prove helpful to its case. When on the witness stand, Officer Garrett Miller’s testimony bolstered Nero’s contention that he had extremely limited involvement in the actual arrest.

Williams’ ruling also emphasized that Nero’s actions concerning Gray’s placement in the police van where he sustained fatal injuries was mitigated by the involvement of others and was in no way unreasonable in light of the training he had received.

Evidence indicated that at the time of Gray’s arrest, Nero had not yet been instructed on a three-day-old directive requiring all detainees to be seat-belted during transport and which eliminated officer discretion concerning such restraints.

Although Officer Nero was acquitted, Judge Williams seemed to support the notion that Officer Nero was at the bottom of the hierarchy in regards to who is to blame for not securing Freddie Gray in a seat belt while inside the van. It is possible that as we move up the ladder, we will find that the remaining officers will be held criminally liable because of their superiority and/or training each remaining officer received.

Officer Nero’s trial was the second in a series of six cases stemming from the pursuit, arrest and eventual death of Freddie Gray last April. The trial of Officer Porter resulted in a hung jury and a declared mistrial in late 2015.

Porter is scheduled to be retried later this summer. Police van driver Officer Caesar Goodson, Jr.’s trial is slated to start June 6, with trials of the remaining three officers to follow.

Legal experts have suggested that the outcome of the Nero case will likely have ripple effects in terms of prosecution and defense strategies in the trials yet to come. Defense attorneys for the remaining officers will need to weigh the pros and cons of choosing a bench trial over a jury trial, a decision which proved successful for Nero.

Prosecutors may wish to seek a new judge on the theory that Williams has already reached a number of factual conclusions which may be harmful or prejudicial to the arguments they intend to make.

Supporters of that viewpoint may feel vindicated by the Nero acquittal, though the upcoming trial of Officer Goodson, thought by many to be the State’s best chance of obtaining a guilty verdict, may work to undermine that sentiment. 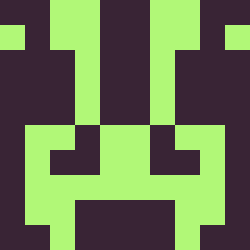