I want the world. I want the whole world.
I want to lock it all up in my pocket.
It’s my bar of chocolate. Give it to me now.

It still calls to me on holidays, dressed to kill
in red tin foil, promising to coat the bitter,

to put to sleep the sadnesses that raise their head.
I miss the endorphic pulse like falling in love,

its low voice telling me: Forget all that’s ended,
what’s been taken away, what you may never have.

Forget the days it rains, those that leave you wanted
to stay, here’s unending sweetness, here’s the reward

for all you didn’t, but would have, done. In exile,
I’ve relearned feeling, as one newly paralyzed

who concentrates on places not gone numb, but still
registers movement like a ghost. That chocolate,

I don’t recall the kind—cake, kiss, or candy bar.
I miss that something always on the tongue, the same

secret word repeatedly intoned, like a prayer.
Now there’s nothing between me and other last things.

DECIDING NOT TO HAVE CHILDREN

leaving the mind free for thoughts to cross,

such as how God could impregnate

anyone, any time, if there was going to be

that rumored Second Coming. Even me,

especially me; I was in love with a priest,

Father Joe, who I’d run behind the altar

to greet after mass, down the dim hall

to the rectory, to see him pulling off

at the throat, dark hair falling into his eyes,

imagining his smile a question for which

I wasn’t old enough. As he turned

with the robe half over his head, it was like

he was Joseph, and in that case I was Mary,

and I knew—He’d sent that thought

into my head in warning. I decided no God-

baby for me, no child who’d go on tour

into those magazines at the grocery store;

to prove him wrong and me crazy;

on the front lawn, those newly risen

from the dead circling the house at night,

mislaid shadows scratching at the windows.

Christine Stewart is program director for literary arts with the Maryland State Arts Council. She also directs the National Endowment for the Arts’ Poetry Out Loud program for Maryland. A former artist-in-residence with Creative Alliance in Baltimore, she has an M.A. and M.F.A. in creative writing and poetry, is the recipient of a Ruth Lilly Fellowship, a Pushcart Prize nominee, and has been published in Poetry, Ploughshares, Blackbird, The Cortland Review and other literary magazines. 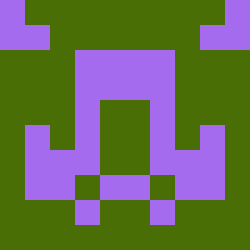