Baltimore attorney Joyce Lombardi didn’t want to give up her club moves when she moved to town — here’s how she found her dance groove locally, sometimes well after midnight, well after becoming a mom.

When I moved to Baltimore 15 years ago, newly married, unemployed, and childless, I did what I always do in a new city: set out to find a place to dance.  I don’t mean Friday night swing, ballroom or salsa dancing. O, if only I were content to don pretty shoes and be twirled by a mature man in a collared shirt. No, dancing for me still means what it has meant since the late 80s: all-engulfing club dancing, preferably to house music with a fabulous white/black/Latino/Asian/gay/straight/whatever crowd, à la New York City’s Sound Factory in the 90s. Dancing, ideally, where the deejay lifts you and your sweaty sequined brethren above the strobes and whistles, up to where race and age and exertion end and you are in the zone, flying, one nation under a groove. Hard to find, hard to get there, but once you do, you always want to get back.

But how does a 40ish married white mom get there – or at least close — in a fairly segregated bar town like Baltimore? Where? With whom? Slowly, in some stolen moments amidst building a family life and starting a legal career, I have answered those questions.

The “with whom” question is the easiest: by myself or with someone like me when I can find her/him.  The ranks of dance buddies are fairly thin in my narrow demographic (straight, white, mid-life), but I have managed to find a few like-minded souls who are game for a night out.  Always on the lookout, I vet new acquaintances on the soccer sidelines, at dinner parties:  “So, do you like to dance?” If they say “only when I drink,” “kind of,” or “just at weddings,” that’s a no. What I’m really asking is “do you need to be transported to that other-worldly realm of joy and unity and exultation that high-energy club music provides?” A closer question.  Every now and again I’ll get a direct hit, like the 44-year old African-American woman I met at a party who, like me, takes disco naps, but is so far out of my league that she flies to South Beach to find the best house deejays.

Dance buddy or no, it can be daunting to start putting in my contacts and pulling on my club clothes while the rest of the household slumbers. It feels silly, misled: Why do I still want this? But want I do. I know what people like me know: that if the critical quartet – great music, roomy floor, skilled deejay, and mixed crowd — are right, it will be worth it. But where to find all four in Baltimore? Or three, or even two? Here’s my short list.

The Paradox. Apparently a Baltimore standby to those in the know, this after-hours club near the stadiums presents The Deep Sugar house music party, second Saturdays.  I managed to attend a Body and Soul party there, an offshoot of a groovy, soulful New York City Sunday afternoon house party.  A good chunk of the crowd was closer to my age, largely African-American, mixed gay/straight, and people definitely came to sweat, i.e, more sneakers and t-shirts than high heels and tight dresses. The party got good at around 1 am or so, and, I’m told, lasts until daylight.

Hippo, the big gay club in Mount Vernon, on Halloween.  Unlike other nights I have been, on Halloween night the place was packed, the dance floor thronged, the bathrooms full of two or three genders, strangers mingled with strangers.  And all topped off by wigs, feathers, fur, satin, masks, horns and wackiness. A superfecta.

The Depot, dark and comfortable, hosts 80s disco nights on Fridays.  You know every Tears for Fears, Cure, Velvet Underground and Madonna song they play.  No house music, no, but the dance floor is plenty big, dark, and has no room for watchers. (Unlike places like Red Maple, with a tiny afterthought dance floor). The light show crackles above, lending a touch of retro clubness. Draft beers are under $5.  The mood is infectious, the crowd diverse in a Baltimore way: nostalgia buffs; dressy cigar-bar couples; flannelled hipsters; the lone drag queen in size-12 Kiss boots; a young man in an Olde English pirate’s ruffle, channeling Boy George. All this and you’re home by midnight, no disco nap needed.

Lith Hall. No doubt known to Fishbowl readers, the Save Your Soul party at Lithuanian Hall (first Fridays) makes my list because the crowd – which skews young and white – is exuberant. By midnight or so, the dancing to 50s and early 60s music overflows the banks of the tiny floor, down to the rug below. Rugs aren’t optimal, but the Twist isn’t going to take me into the groove zone anyway, so a little friction on the foot doesn’t matter. Plus the Lithuanian honey shots are delicious. All in all, joyous retro fun.

Raves/Electronic music concerts. My son, age 12, has introduced me to Skrillex (dubstep) and Deadmau5 (house-based dubstep), and thus I have overcome my reluctance to attend raves, to dance outdoors, on the turf, where you can’t spin or glide. I like the buzz, the lasers and 3-D videos, the kids in animal hats, the cult of the deejay. And since the kids don’t move much — they pretty much just piston in place, hands raised, eyes forward — there are no opportunities for me to embarrass myself or my son. Lucky for both of us.

Charm City miscellany. Many of Baltimore’s bars have live music (the 13th Floor at the Belvedere with live reggae, unparalleled views; Cat’s Eye Pub) and some of the bigger bars have dance floors.  For my tastes, the dancing in such places tends to be erratic and self-conscious, weighted down by the watchers and drinkers, and thus is more of a surprise bonus than a destination. But Baltimore, being Baltimore, also provides sporadic nocturnal delights found nowhere else, like: a brass band and conga line at the Creative Alliance; live bluegrass at the Union Craft Brewery; and, a family favorite, the all-ages groove at the annual Spaghetti Disco at the Village Learning Place. Special mention goes to the now-suspended Baltimore Get Down Dance Party, a monthly dance event started a few years ago by a North Baltimore couple who billed their “early bird/sunset rave” as “a post-Happy Hour dance party, time-shifted for a stressed workforce in desperate need of the kind of pleasure-receptor-igniting aerobic exercise that doesn’t involve a gym membership.” (Mike and Susan, let us know when you start back up!).  The quirky venues have their anything-goes charm, and, I must admit, may ultimately be the best way to feed the need but still get up in time for a lacrosse match.

Joyce Lombardi lives in Baltimore with her husband and their two children. 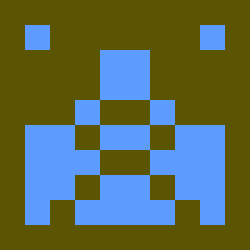