While the autumnal equinox was a month ago, it felt very much like the first day of fall here in Baltimore the day after our extended baseball summer came to its abrupt end in Kansas City Wednesday night. I hadn’t noticed the leaves turning from green to red and brown in recent weeks, when all I could see was black and orange.

The sunny summer days and sultry nights spent drinking beer and eating peanuts at the ballpark are over and in some ways that’s the saddest part about the Orioles being knocked out of the playoffs.  The six-and-a-half month party at Oriole Park that began on March 31st is finally over. The last day of baseball season is always sad whether you’re team makes it to the World Series or comes in last place. The last day of the baseball season in any home town is sad simply because the season’s over. The teams that make it to the World Series get to keep on playing to the last possible day of the season, which in the end is what it’s all about, simply getting to play more games than the other guy; of course you do want to win that last one too.

Although the Orioles did not make it to that last game, kudos to Buck and the Boys for extending the baseball season here in Baltimore for as long as they did.  After reaching the post season in two of the last three years and clinching their division for the first time since 1997, the Orioles are starting to look like perennial contenders. This should come as consolation to a despondent but ever increasing fan base still reeling from a demoralizing four-game sweep in this year’s American League championship series at the hands of the upstart Royals. It’s nice to have something so important to feel so bad about.
In the past couple of seasons Orioles fans have become a proud bunch, puffing our chests out at fans of the Yankees and Red Sox when they come town– and proudly wearing our colors in their cities. I took great pleasure in being at Yankee Stadium when the Orioles spoiled Derek Jeter’s going away party by mathematically eliminating the Yankees from the playoffs in his penultimate home game in the Bronx on September 24. I wore my brand new Orioles AL East Division Champions t-shirt to the game, and literally did puff my chest out, opening the sides of my button down top shirt wide enough for everyone to read what was written underneath.

Every day since the Orioles clinched the division on September 16 felt like on ongoing victory celebration, and it was easy to speculate that team could go all the way to the World Series.
Just a couple of days after the clincher, I received my postseason ticket package in the mail, complete with a pair of tickets for each round of the playoffs and the Series. As a 13-game plan season ticket holder I received a similar package in the mail last year as well but didn’t get to use them when the Orioles slipped out of contention during the season’s waning weeks.

This year when the tickets arrived the question was not if I’d get to use the tickets but whether I’d get to use all of them; I almost did. The only pair I didn’t get to use was for Game Two of the World Series, which I’m keeping and proudly displaying in a place of prominence to dangle like a carrot as a legitimate goal for the team to shoot for next season. I like this feeling of being perennial contenders. 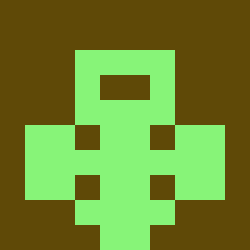