If I were a character in a TV series, we might say my storyline has tanked. I mean, of course the entire cast is saddled with the pandemic plot, and many characters have been dealt tragedies that dwarf my own, but what the hell is going on with Marion Winik? Will they even bring her back next season?

As I have watched my depressing narrative unfold over the months of 2020, wondering just how low the bottom would be (friendless, dogless, jobless alcoholic?), I began to believe that the Presidential election in November would have not only the power to change the fate of the world but would also have the metaphorical magnetism to turn things around for individuals such as myself. And yourself, dear reader. Perhaps you have been thinking this way, too.

Thinking, hoping, praying that if Donald Trump would just lose the election, the time of helplessness, disorientation, loneliness, insecurity and constant anxiety would also end. Because if it did not — nope, I could not go there in my head. Despite my complaints, compared to many I am living a charmed life. This clearly meant things could get much, much worse.

But look what happened. Donald Trump is over, even if Donald Trump and his little buddies don’t know it yet. You done, baby! Get outta town! Change is a-comin’, and not just in Washington, DC. The big kahuna is on its way to lift us out of our ruts and we must be ready.

As I bided my time and waited for history to bring me the Category 5 metaphor, I trained for the event with somewhat less dramatic simulacra of transformation.

– I got a haircut. Haircuts are well-known for their metaphorical power. My hair was all falling out from stress anyway, so there you go.

– I got new knees. The previous ones were at least thirty years older than the rest of my body. They came that way, somehow. They were not what you wanted carrying you into the new epoch of possibility and freedom.

– I got a mani-pedi and a facial. Probably not metaphoric powerhouses, but even so.

– I went spent two weeks in Dewey Beach, Delaware, where you can get a good look at the sunrise almost every morning. The transformation of dark to light, with so much drama and lurid color and jaw-dropping beauty and then — the wiping clean. The cleanest clean, every bit of darkness gone. The true and actual dawn. You can watch the sunrise or not, you can believe in it or not, but with or without you, it is starting fresh every day. 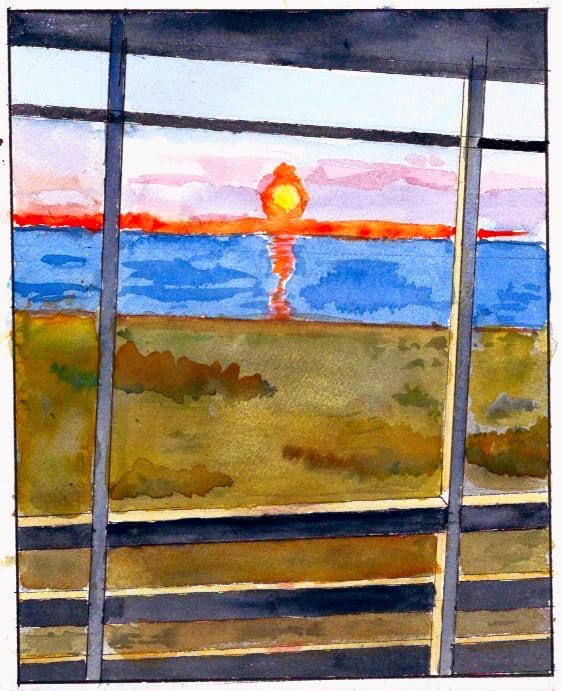 My attempt to renew my spirit at Dewey Beach also involved mourning my dog. Beau was everywhere, of course, bounding down the hill from the dunes, curled up snoozing by the sliding glass door when I came back from the beach, moseying over to the kitchen when he heard the sound of the cheese grater, his tail describing lazy half-circles in the air as if idling the motor in preparation for more serious wagging. I would feel his absence before I even had the thought of missing him: he was muscle memory. He is muscle memory.

Here is something I read today in a memoir called “The Wrong Dog Dream,” by Jane Vandenburgh:

People change, as Homer told us, writing nearly 1500 years ago. People change while a dog’s love is immutable, as constant and luminous as the Dog Star, the brightest in the sky. People change as our dogs do not, so we depend on our animals to reassure us that we are the people we once were.  It’s as if our animals lock on to our better selves and forever bring that out in us, trusting us to be what we originally were before life did what it will do to each of us.

So that must be it. Beau took my better self with him. No wonder I’m not coming back next season.

But wait. Trump is over — let me say it again: Trump is over! — and I am here with a haircut and sky-blue toenails ready to catch the wave. In fact, Jane and I will be driving to Ohio this coming weekend to pick up a puppy, a nine-and-a-half-week-old, black-and-tan miniature dachshund who does not yet have a name because I want him to tell me his name when I get there. I haven’t house-trained a dog in sixteen years, I’m honestly a little nervous (the poor cat, if she only knew), and yet I feel like this puppy will be able to locate my better self pretty quickly.

A puppy is not a metaphor, I know. Neither is our 77-year-old president-elect, but between the two of them, I feel optimistic that they are going to fix my life. Speaking of Joe Biden, look at his storyline. So much tragedy, so much achievement, and now a third (fourth? fifth?) act like you would not believe. What a job the writers have done on that one. Surely there’s hope left over for little Marion Winik in Baltimore. For all of us. 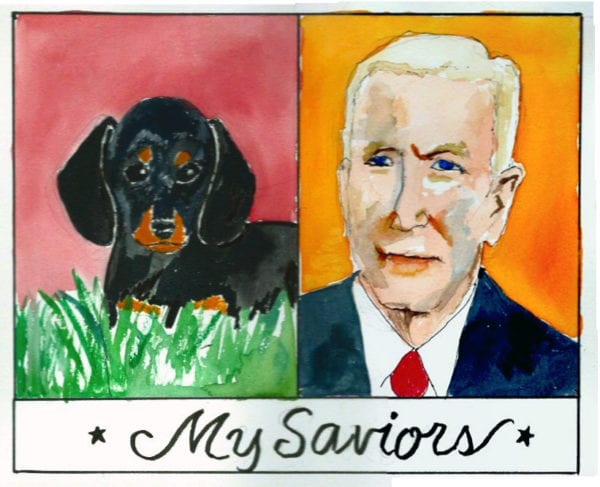