This piece of writing is a brief biography of Syrians. I refuse to use the word refugees throughout because I wanted to emphasize the fact that they are individual groups — they are people who have names and a country which they love.

I offer this essay as a reminder of countless displaced Syrians thousands of miles away.

After the shootings, after the explosives, after the ambush of Syria six years ago, a dark grey fog carries the countries’ traumatic memories. And dreams no more of peace.

Look at them, men, women, children, hearts wounded from the civil war. A girl missing her leg, a man’s forehead gushing out blood, a boy’s shirt wrinkled with dirt, a woman with nappy hair.

Some are school teachers, doctors, nurses. Others are pilots, businessmen, contractors. Some are sisters, brothers, schoolmates. They are people. People of nowhere.

There he is, in the street, a young man, in a white sleeveless shirt, his mouth wide open. He holds a girl, a fragile body. She must be twelve. Or maybe ten. Her blue shirt is grey. Her pink pants are grey. Her dark brown hair floats in the wind, her hands dangle to his knees, her feet swing up and down on his side. He tries to find help. But where is help?

Glance behind, you see the houses crumbled like ashes. At your right, the rustic cars are in flame, telephone wires droop low, the debris of disasters are in stacks like dishes. A man runs to find his wife. A father wipes his son’s tears. A mother waits to discover the unknown.

The reality is they live on the edge of life, always nervous, always afraid.

They dashed out from Aleppo. From Palmyra, out from Damascus. From Kobane. They hope to find a new home. A woman in a black veil, many like her, march onward. Beside her, a boy with a bag full of clothes on his head. Around them, men are in frustration because they cannot provide safety for their families. Tears tumble down their olive cheekbones. Goodbye! They whisper to their beloved cities.

Under the blazing heat, they walk a journey. A death journey. Women, children, men drag their feet along in exhaustion. They are people of nowhere. Onward, they march; in search of refuge like lost sheep; they carry nothing else but the burdens of their dead loved ones.

Now, look at the overcrowded catamaran, tilted on its side. One hundred and fifty Syrians pray to Allah at once, as they cross the Aegean Sea to reach the Greek Island of Lesbos. They drink the salty sea and eat the uncooked fishes. Dehydration keeps them in company; their bodies are weak because of hunger. Some survive, others drift to the bottom of the sea.

At times, some Syrians rest in the hands of a gang of Somalis, Libyans, and Tunisians. They detain them for no simple reason. They load them in a room like fishes. They rape girls and women. They abuse boys and torture men. The Syrians are defenseless, yet they harm them.

The sentiment is harsh, in Hal Far camp for Syrians in Malta, you talk to a man. He does not know where he is and where he belongs. At 67, his eyes lived countless misfortunes. His nostrils smelled death. His cheeks drooped to his chin, his grayed beard felt the fear. He has not slept for days, he stares as if you are a ghost.

Then you meet a girl. She lies there, like many other children, next to her legless cousin. Her back on the hard, white mattress. She faces the high ceiling of Kilis Hospital in South Turkey. You hear her story, she was under the hands of surgeons few hours ago. They stitched her stomach. Her body was mangled by a bomb back in Aleppo. She remembers the traumatic event. She was at home with her family, when all the sudden the earth trembled. A bomb dropped and her home clashed to the ground. At far, she witnessed the death of her grandmother. Of her aunt. The death of her uncle. Of her two cousins. Now in Turkey, she hopes for full recovery; to play in the streets like other children. Yet sadness reigns within her eyes.

Your soul awakes. Death strikes like gold, amid the nakedness. Syria is barren. The people of nowhere, wander day and night. 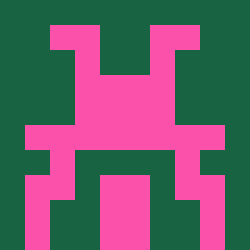 Semeko Davi
Semeko Davi was born in Lomé, Togo, and moved to Maryland as a child. She studies Creative Writing and Natural Science at Loyola University Maryland, and enjoys cooking in her spare time.