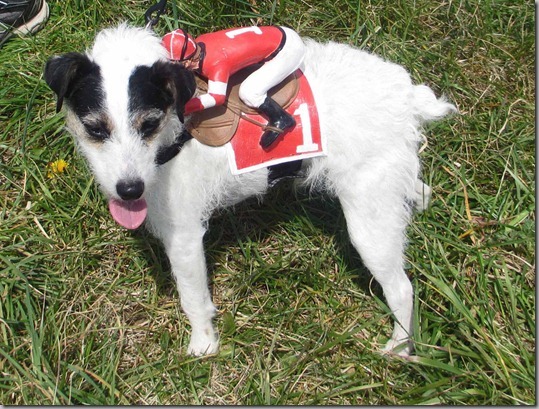 When we were children, my parents took us to the steeplechase races that are a fixture in Baltimore during the month of April. So when I was asked to join a group of friends at the My Lady’s Manor races, which benefit Ladew Gardens, I decided to chuck all of the day’s chores and errands and have a day  in the country. 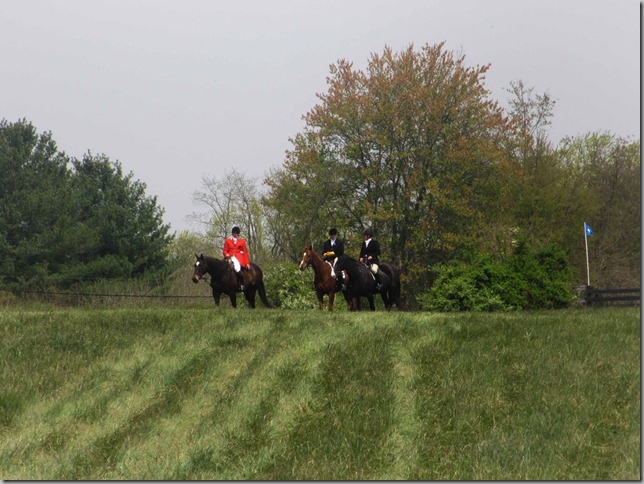 And to be honest, there is almost no place prettier than Maryland in the spring. The land just north of Baltimore is filled with rolling hills, long vistas and beautiful valleys. And best of all, development is strictly limited, so there are no tacky housing developments to mar the landscape. 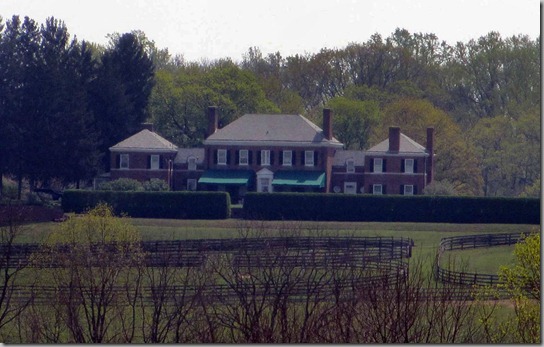 There are three races during the day, and because we’ve had no rain for ages, the ground was very hard, and a few of the horses were scratched by their owners or trainers. 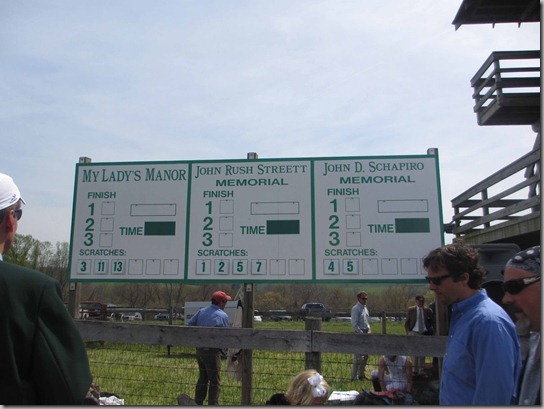 My friends at Ladew were kind enough to give me a press pass so that I could watch the races from the tower where the races are called and where you have an unimpeded view of much of the course, as well. 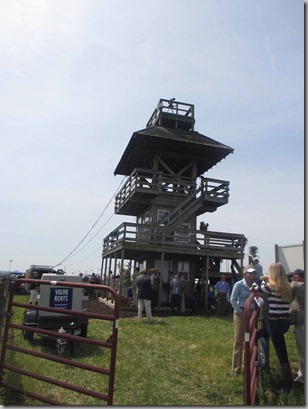 The jockeys headed towards their mounts, 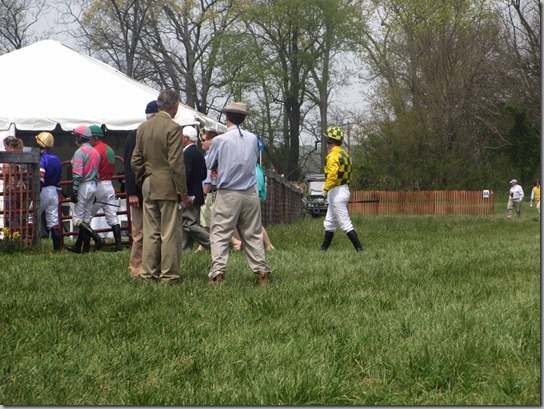 after first getting dressed in all sorts of protective kit, 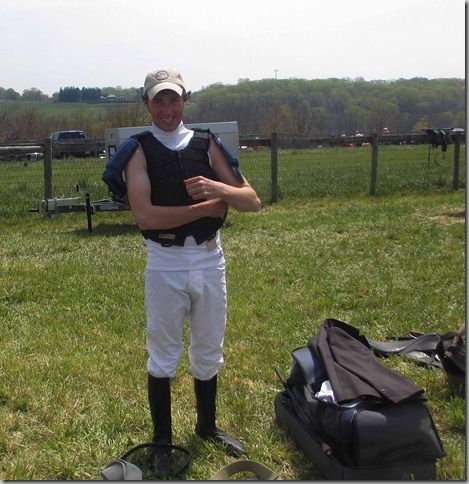 and mounted their rides and headed out to the starting line. 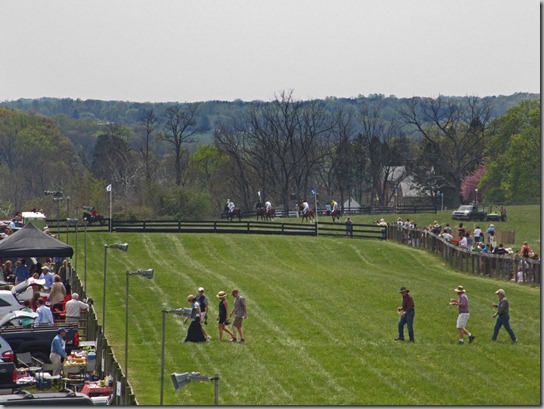 If you’re envisioning a start like at the Kentucky Derby, think again. Basically, the horses line up, a flag is dropped and they all take off from a standing start.

Because this is a timber race, the fences are indeed timber.

Many of the horses who were racing today, have spent the past few months fox hunting, and so are used to jumping fences separating fields at local farms. 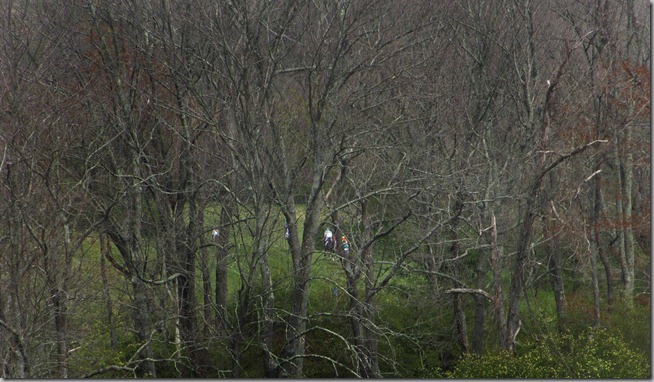 The riders then head along a course which takes them through the woods, up a long hill and then around the course past the spectators.

Sometimes, things don’t go so well, and a rider is unseated. 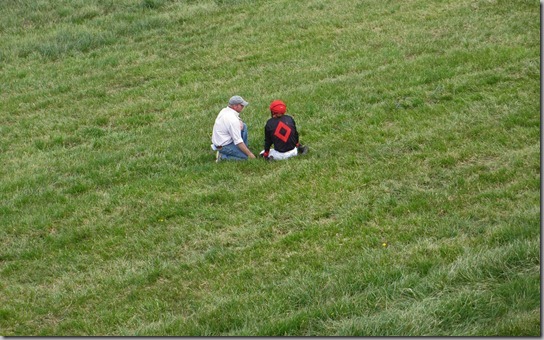 And then his horse continues running without him and decides to refuse a fence, right where you’re standing. 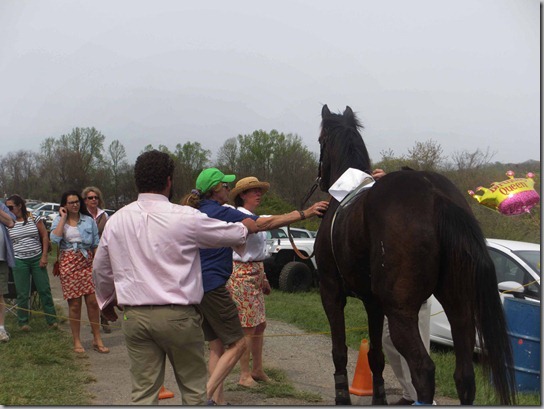 A spectator grabs his reins, and the out-riders gallop over to lead him back to his trainer. 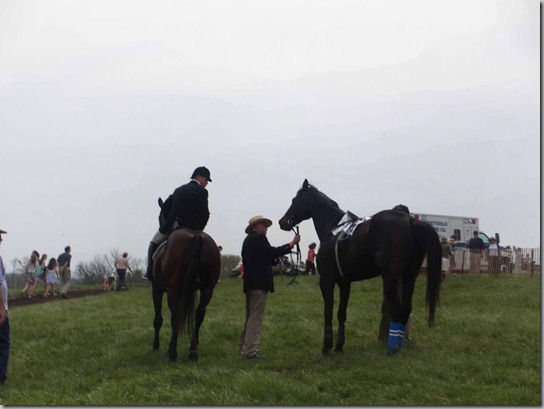 All’s well, and I think again about all of the scary animals in the country. Whew!

Meanwhile, the race finishes and I have a bird’s eye view of the horses and their jockeys. 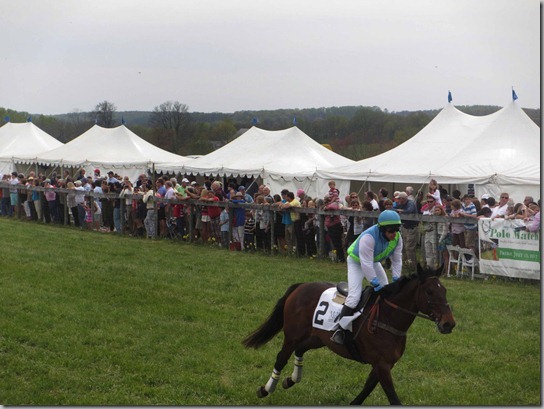 After the race, the owners speak with the jockey and the trainer, talking about what went right and what didn’t.  I had a small bet on the jockey in the blue silks, or rather, his horse, owned by friends of my brother’s, but he didn’t win. 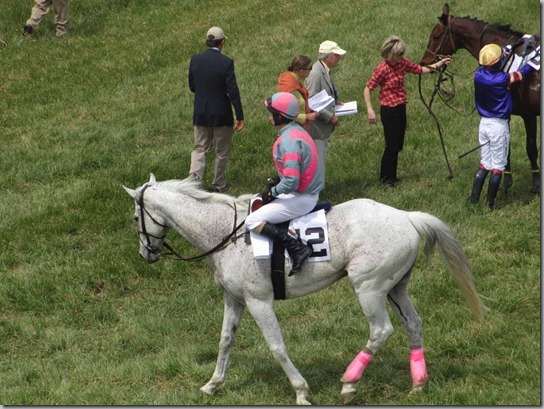 Almost as much fun, or maybe even more fun than watching the races, is watching the spectators. The Manor Races are more casual than tomorrow’s Grand National, or the Hunt Cup on the last Saturday of April. Nevertheless, there are sartorial hits, 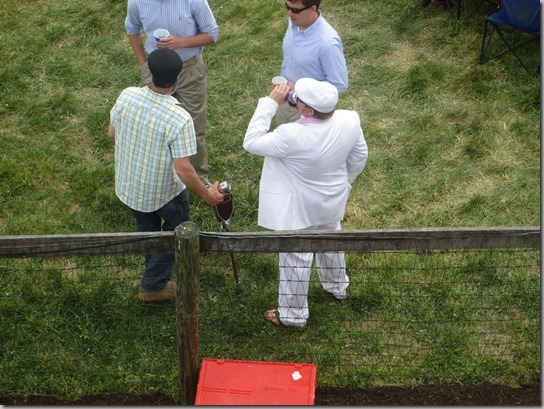 White suit, hat and flip-flops? I don’t think so!The top half of this one is good, the bottom, not so much. I’d have rather seen trousers which weren’t so glaring white, especially this time of year. 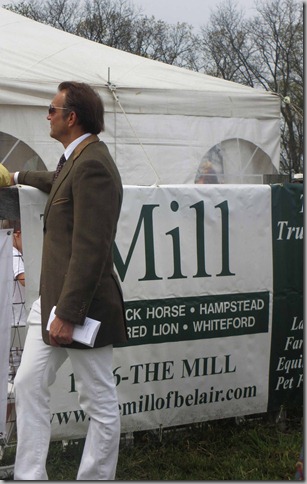 And then there were the animals! In addition to the littlest jockey in the first image, there were lots of dogs. 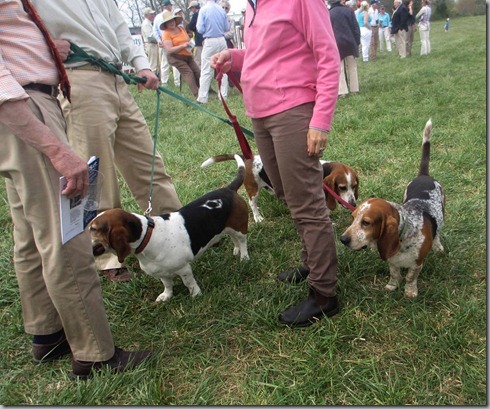 I made another hedgehog cheeseball and it was a hit. 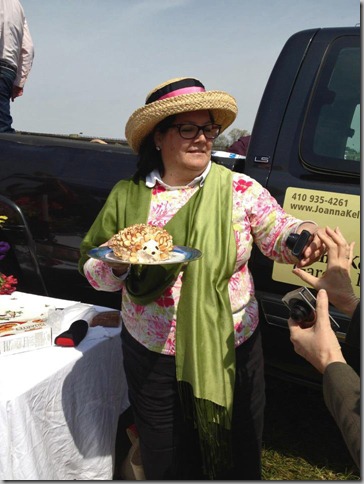 This time I used Major Grey’s chutney and some Worcestershire sauce for the seasoning.

After the races, we headed back to our friend’s farm to see her Morgan horses, all such friendly 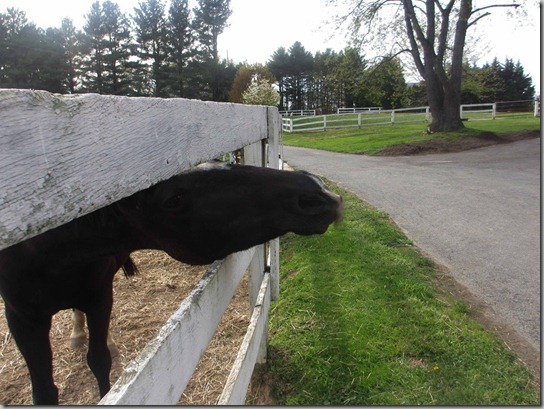 gals. Thanks to everyone for a great day!