Pigtown Design – I am getting ready to join the board of an early 19th century house, the Carroll Mansion, here in Baltimore and after an absence of many years, I had a chance to do a brief tour of it last week. 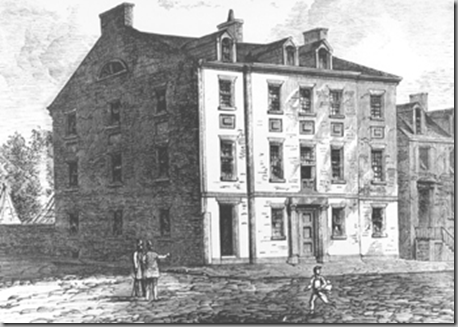 It was built by Charles Carroll of Carrollton, who was a signer of the Declaration of Independence, for his daughter, although he spent the last 12 winters of his life there. It looks like this now. 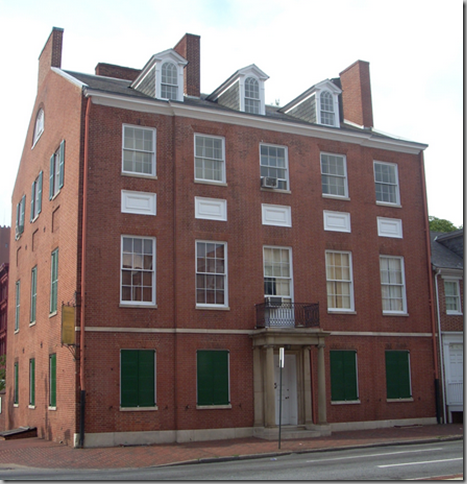 It’s not too different… on the left window, you can see the shadow of the original doors, and I can tell you from experience that the shutters open, and there are lovely six-over-six windows, with their original interior shutters.

The house is empty now, having lost a lot of its original furnishings when the consortium of museums it was part of went bankrupt about 20 years ago. It’s now reviving itself as an arts and community center. It’s still part of the complex, and has its own private gardens, complete with lush, end-of-the-season flower beds. 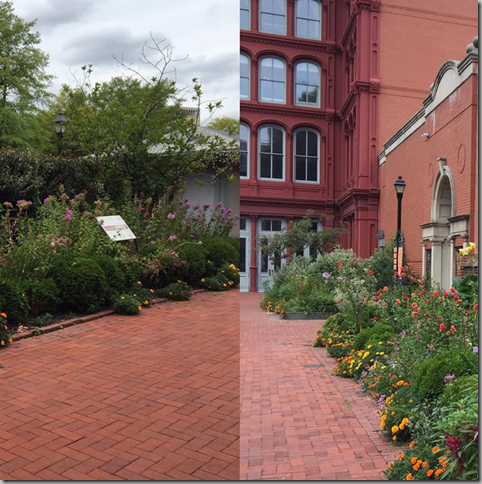 I had to gasp when I climbed to the second floor and saw the three main rooms, complete with their 12+ foot ceilings and amazing wallpapers and chandeliers. 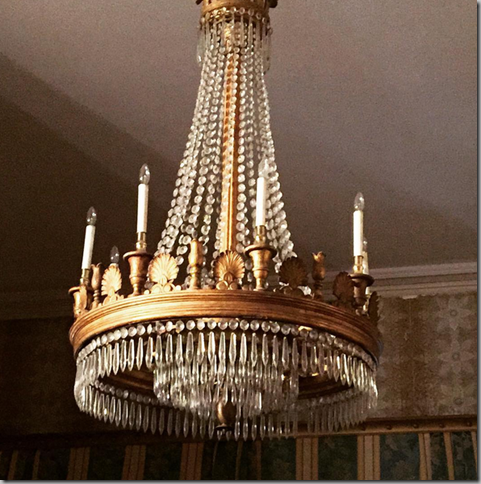 The gilded bits of this chandelier are wood, and it dates back to just after the house was built in 1811. I loved the effect of its shadow on the wall. 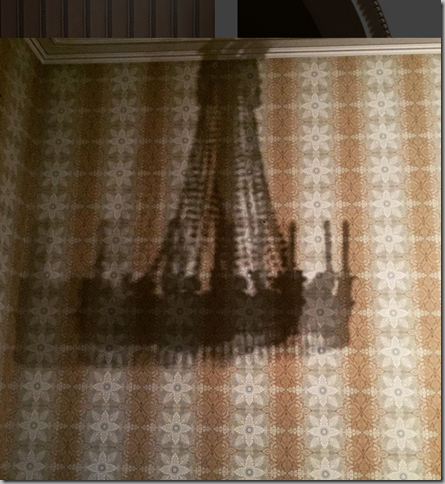 Another chandelier kept sending the funniest reflections into my camera, and those of the friends that I was with. No other picture did this. Maybe it was the ghosts… 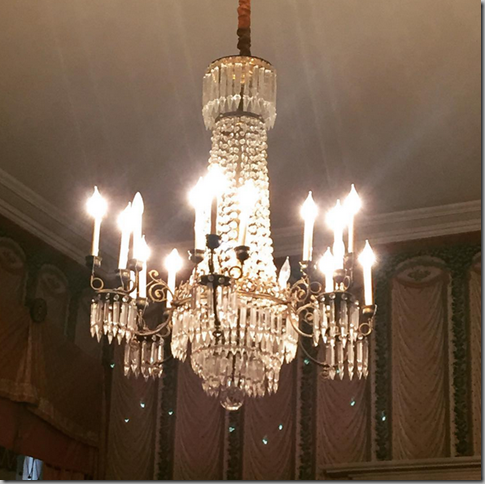 As I said, the wall papers were magnificent! 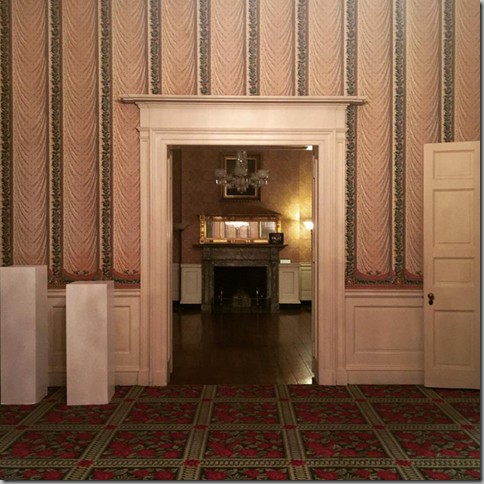 And some of the early details remain. 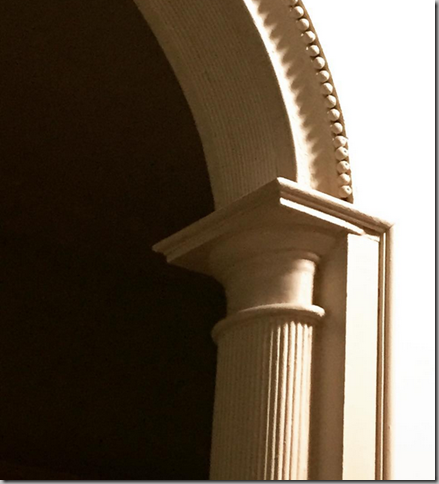 I will be in and out of this house working on a special project over the next eight months, so stay tuned for more great historic house images!