It was 17 years ago last night that Baltimore Oriole, Cal Ripken, broke the all-time games played record that had stood for more 56 years and was considered unbreakable. It was a magical night.

All season long, they’d had numbers of games Cal had played on the side of the warehouse that adjoins Camden Yards in Baltimore. 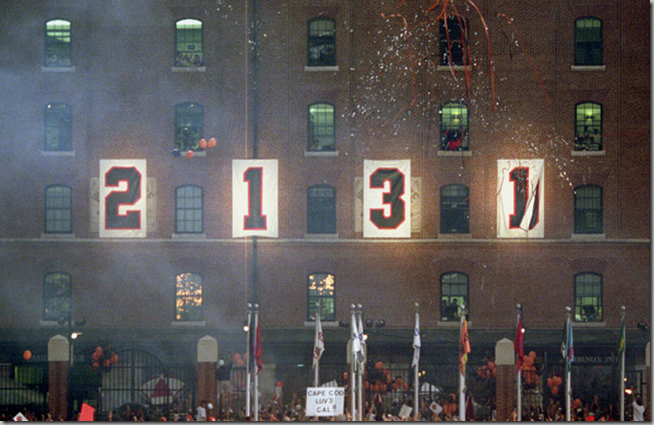 I hadn’t been able to get tickets to the game – they were sold out months in advance to people who’d calculated which date Cal would break the record – but I did go a week or so before the record fell. The stadium was packed and the crowd cheered for a good 10 minutes when the game became official, all because they wanted to pay personal tribute to Cal Ripken. 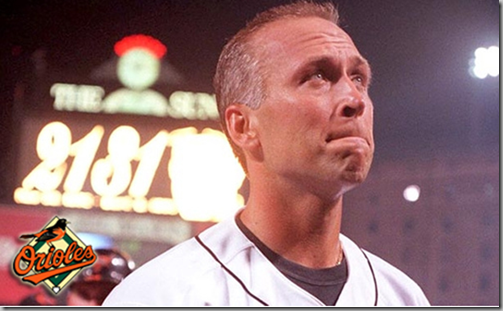 Bruce Hornsby and Wynton Marsalis played the National Anthem, and as the line “Oh, say does that Star-Spangled Banner…” was played, the crowd yelled “OOOOOOO” in tribute to the Orioles.

There were so many special moments that evening – especially the presence of Joe DiMaggio, one of Lou Gehrig’s Yankees team-mates, 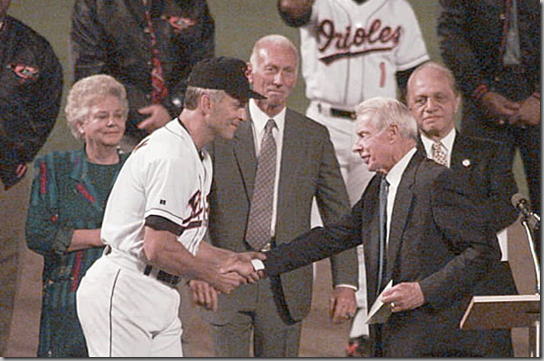 After the game became official in the 7th inning, the reticent Cal Ripken jogged to the Orioles dugout to the huge cheers of the crowd, the glitter of hundreds of flashes going off, and tons of confetti raining down. But his team-mates had to pull him back on the field to acknowledge the crowd, because the game couldn’t continue until the cheering stopped – 22 minutes later. 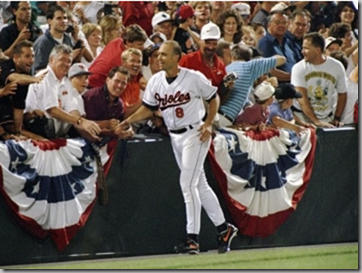 His parents, Vi and Cal, Sr. were a big part of the evening, Cal, Sr. having been a long-time coach and manager of the team, and the originator of the “Oriole Way”. 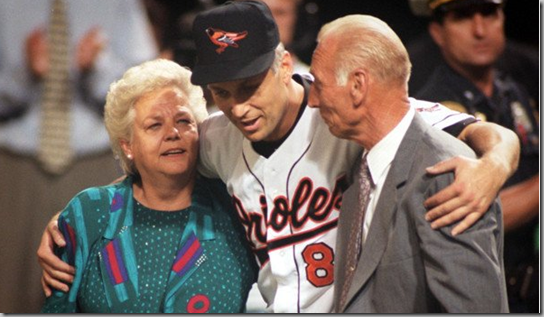 Oddly enough, Vi Ripken was kidnapped a few weeks ago, but returned unharmed.

With an eye towards erasing another part of Lou Gehrig’s other legacy, Amyotrophic lateral sclerosis disease (ALS), a special section of on-field seats were sold for $5,000 each, and the $1 million benefited the Robert Packard Center for ALS at Johns Hopkins. 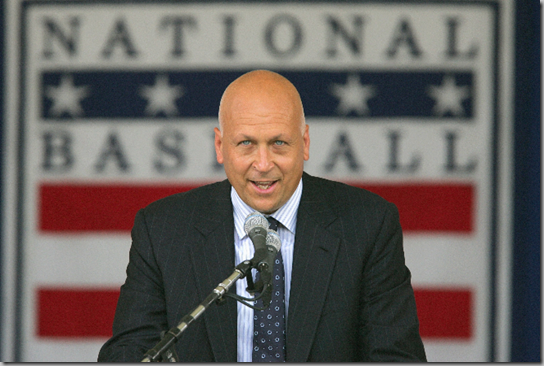 More than 70,000 fans attended the ceremony. 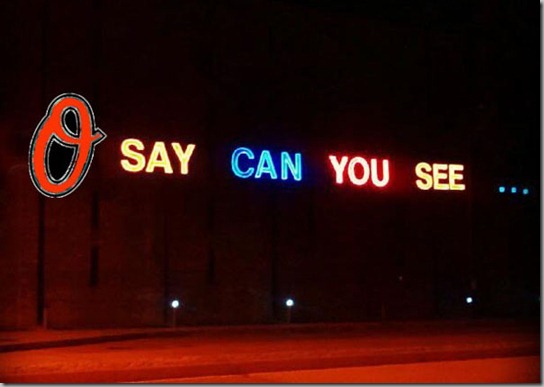