From Pigtown Design – During lunch, I try and get out of the office, either to take a walk, or just drive around the area near my office. It’s an area that’s often overlooked, because, it’s where much of The Wire took place, and probably isn’t the safest area in the city. But I am driving around in broad daylight, with the windows up and the car doors locked.

Anyway… as I was exploring this week, and looking for another old abandoned mansion, I came across this mansion. 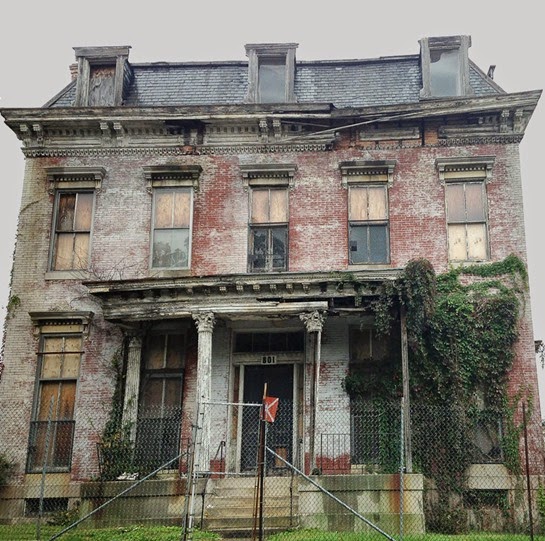 It literally stopped me in my tracks. I jammed on the brakes and pulled over to take some pictures of it. It just broke my heart because I could still see that it had, once upon a time, been a beautiful classically built house.

And now it was sitting, broken and abandoned, just falling apart. The red and white X on the door indicates that the interior is in such condition that the fire department should not enter the house. 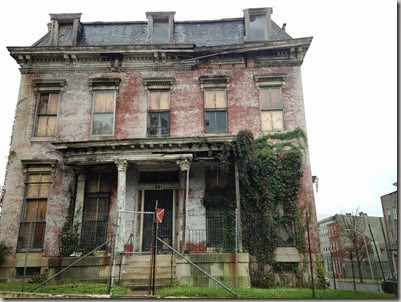 It’s a huge house, this is the side view, and had so much architectural detail on it. From the corbels to the dentil moulding on the roofline, to the gracious proportions, it had once been an elegant home. 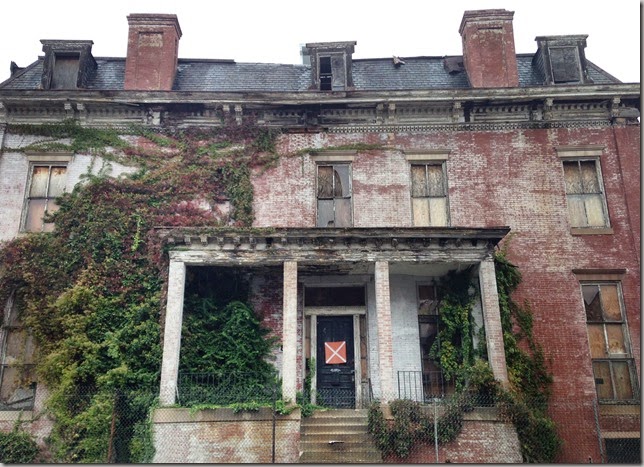 When I got back to the office, I did some research and found that it had been called the “Sellers Mansion”, named after Matthew Sellers, the President of the Northern Central Railway and his son, also Matthew Bacon Sellers, who was an aeronautical inventor who laid the ground work for what we know today as NASA. He is also believed to have flown before the Wright Brothers (who had better PR). The younger Matthew’s brother and sister lived in the house for many years, and from 1930 until their deaths in the 1950’s, never left the house. 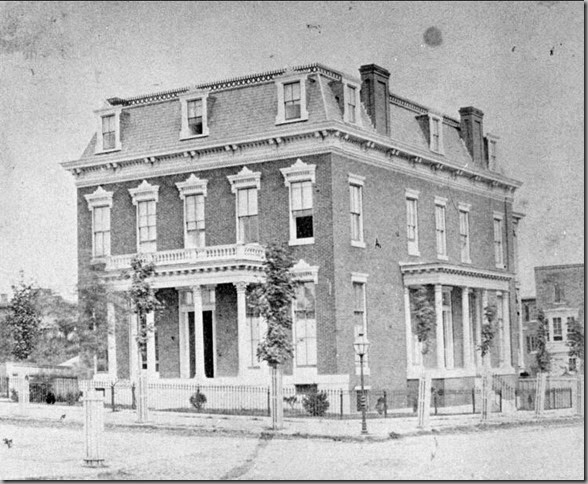 My friends at Baltimore Heritage have this to say about the house:

Its carved stone lintels, patterned slate roof, original roof cresting, and its two classically detailed porticoes (one of which still retains its elegantly carved wooden columns and capitals) identified this household as one of taste and affluence.

There is evidence that the house once had an Italianate cupola above the mansard roof, which was probably used to help with the ventilation.

After the deaths of the siblings, the house changed owners a few times, but went through a major restoration in the 1960’s. The house was eventually purchased by a local church, which planned to convert it into apartments. There is already a hideous mid-60’s high-rise apartment house immediately adjacent to this house. 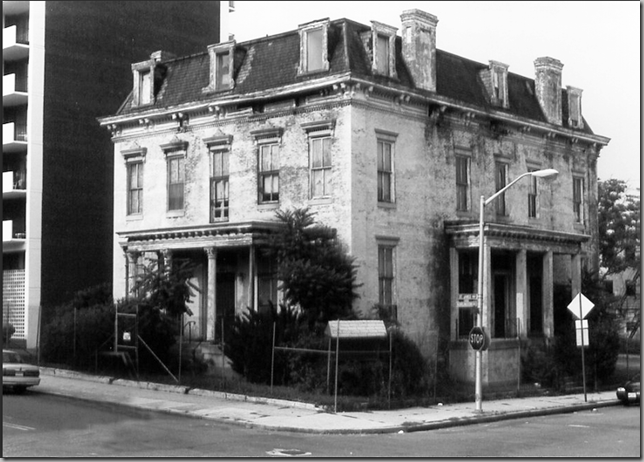 However, the church has basically let the Sellers Mansion fall into ruin, with no consequences, other than public shaming. The “development corp” which they set up to convert the building is no longer in existence. 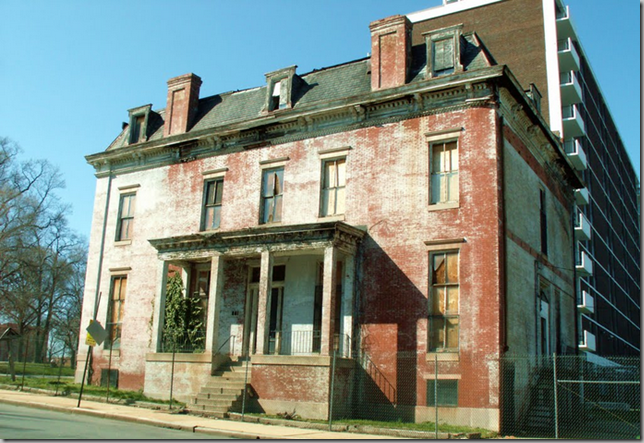 Although I love looking at these wonderful old buildings and have a deep appreciation for what they once were, I think that it’s borderline criminal when people let them fall into this kind of condition. Especially a church, which exists for the greater good.