Over the weekend, we celebrated the 100th Anniversary of the opening of the Baltimore Museum of Art, with a gala party in the museum’s galleries. It was the most amazing party, and I am so lucky that I had an opportunity to attend the dinner and then the after-party. 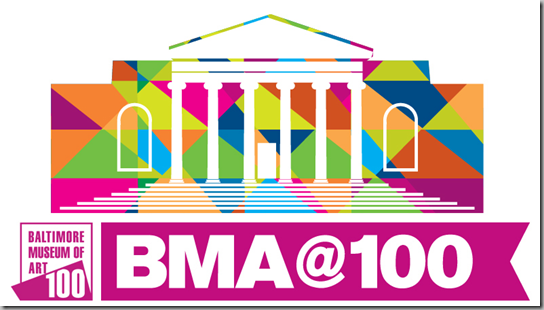 It’s highly unusual for a museum to allow food and drink in the galleries with so much valuable artwork, but the BMA made an exception for this “Party of the Century” and allowed a number of the galleries to become small dinner parties. Each gallery’s décor echoed something in the paintings – the cloths and the flowers were all coordinated. 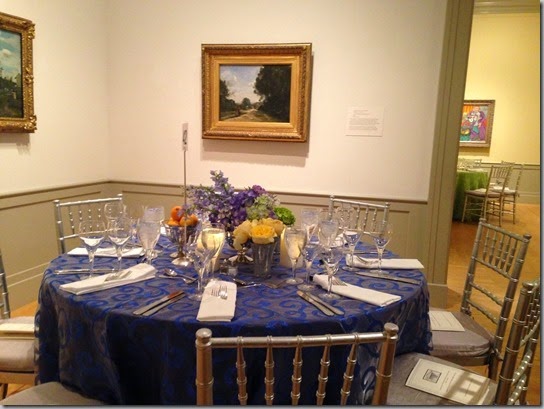 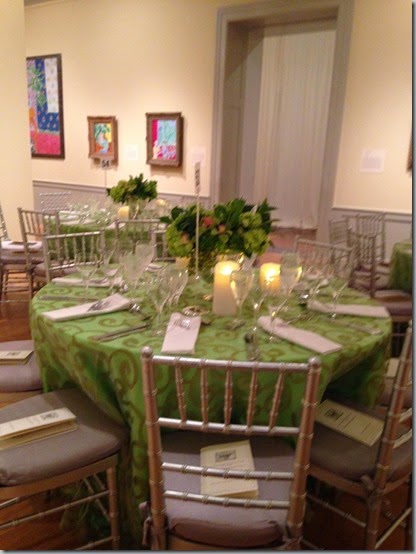 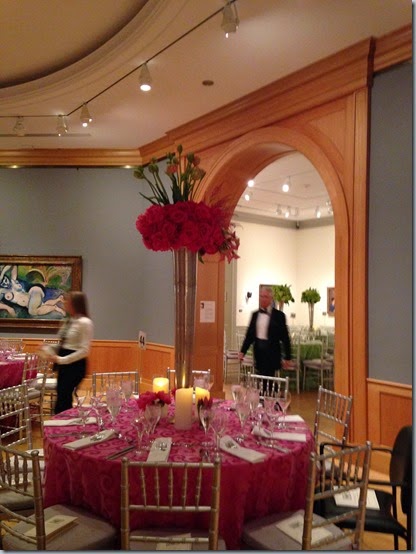 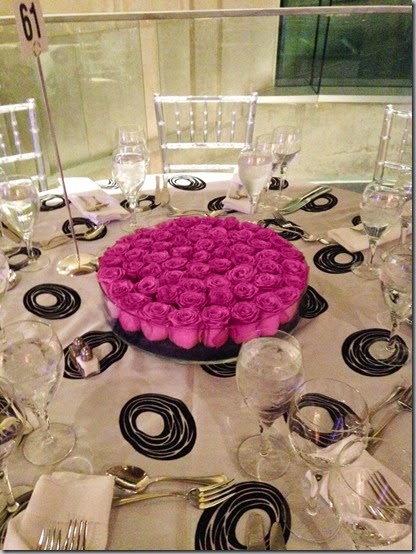 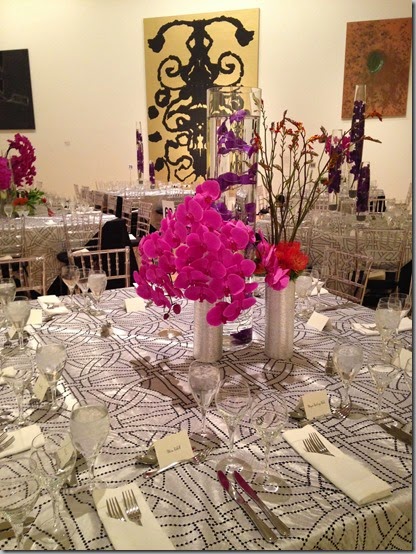 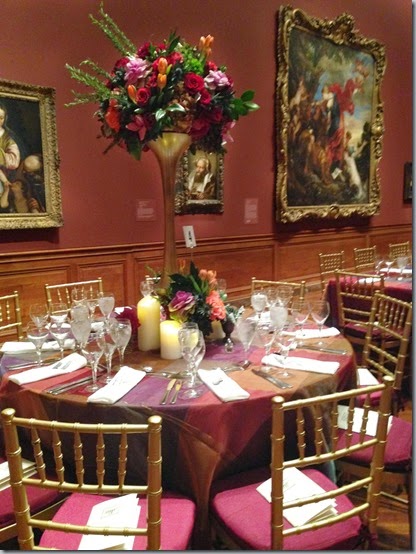 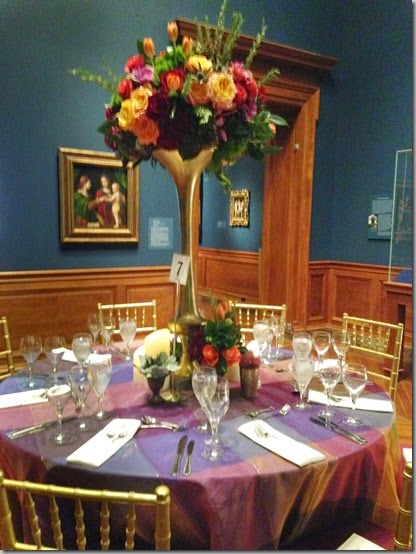 The flowers were absolutely spectacular! We had a chance to walk around before the party really started, and get a good look at the tables and flowers. 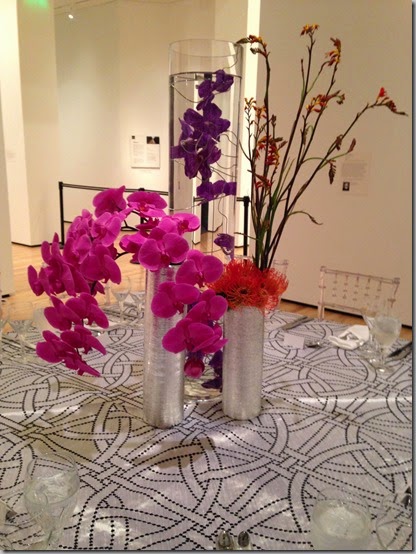 I took a little bit of time to look at some of my favourite decorative art galleries, which continue to be one of the Museum’s highlights for me. 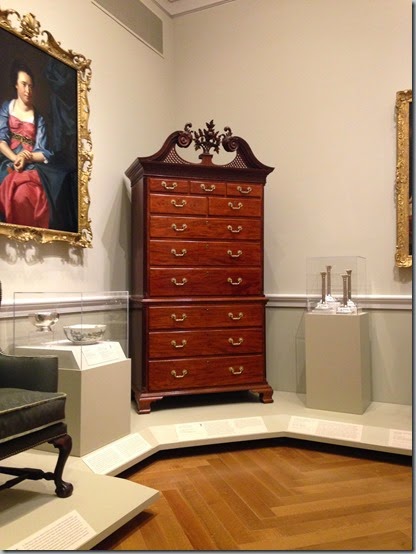 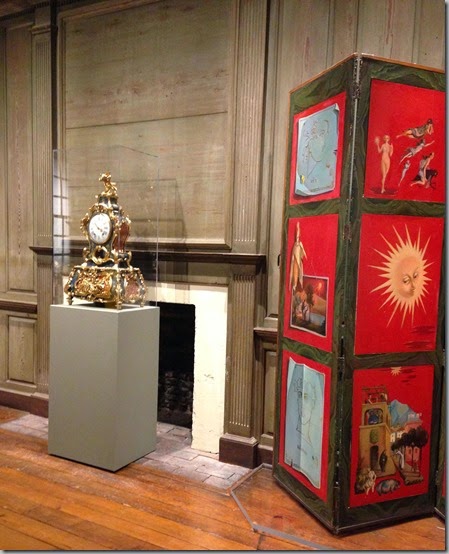 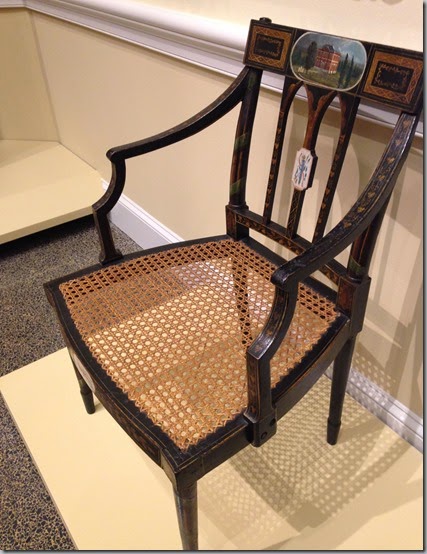 This is such an incredible example of a gallery wall done right! The Museum has pulled paintings out that haven’t been displayed for years, and it was fun to see what they’d chosen and how they were hung. 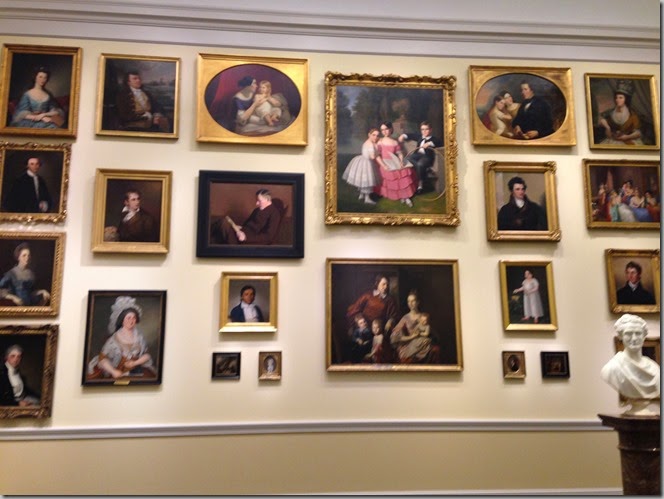 The dinner was terrific and I had two great dinner partners who kept me entertained through the evening. One of the fun pieces of dinner was the luscious dessert which was a raspberry chocolate bombe, decorated with a picture of the Museum. 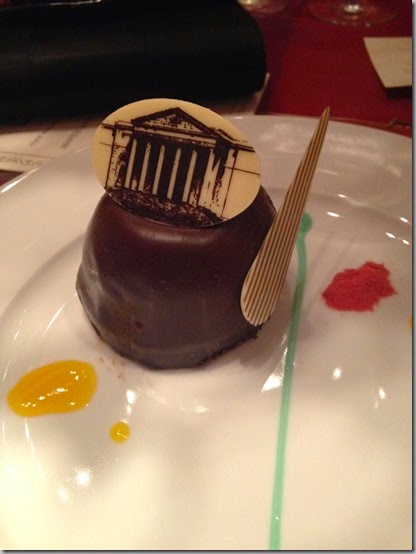 The after-party started about two hours after the dinner and featured two things that fill me with dread – interpretive dancers and performance art. There’s a lot of that I don’t understand, and certainly don’t even pretend to understand, like this guy in toe shoes sprawled down the Museum’s front stairs, or any of the other characters. 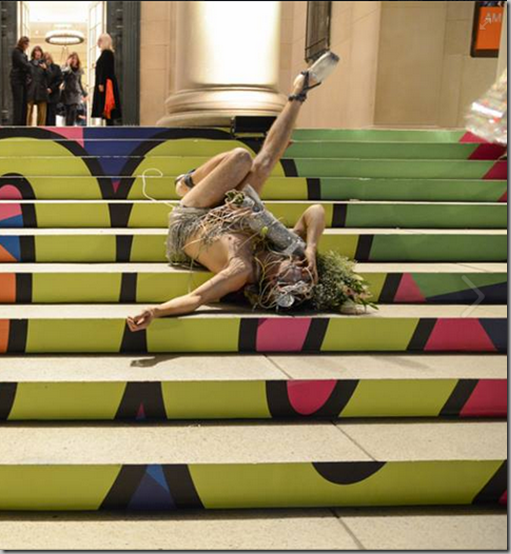 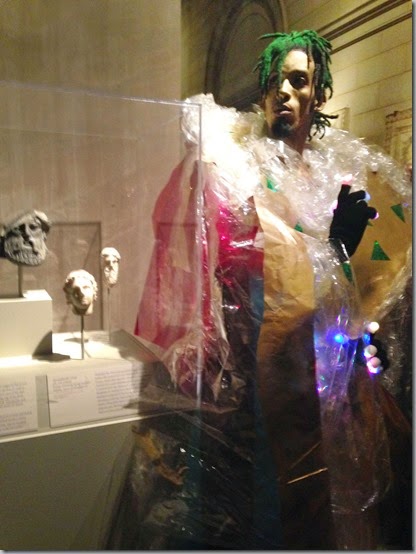 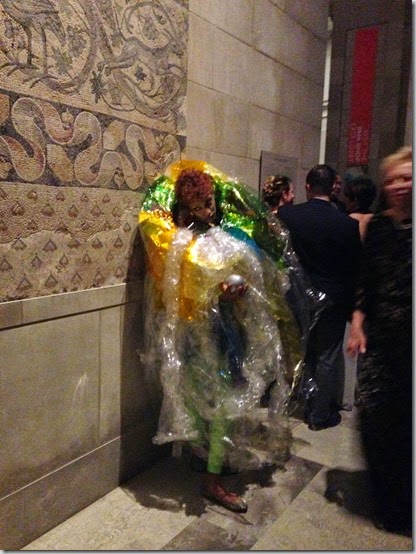 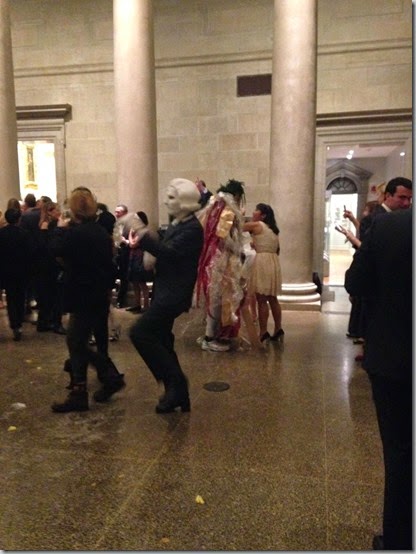 There seemed to be an inordinate amount of bubble and saran wrap used in their costumes. 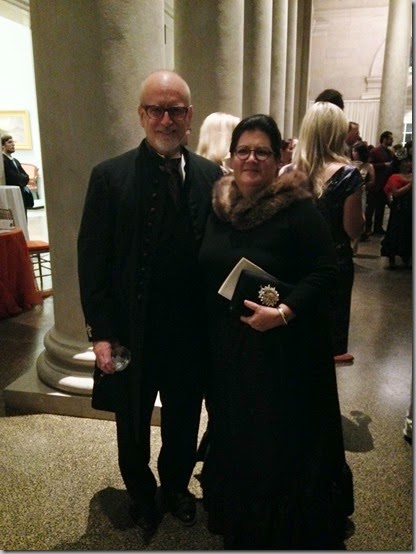 The party was lots of fun, I saw a lot of old and new friends, and best of all, the Museum’s got a fabulous new renovation! All in all, a great evening! 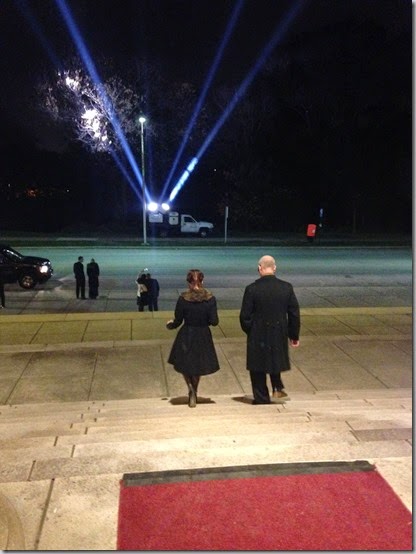 Congratulations to everyone who worked so hard to make this such a wonderful night!