Pigtown Design – As you might know, one of my favorite places in Baltimore is The Book Thing, the place where you can get as many free books as you can carry… in you book bag or in your tractor trailer!  I hadn’t been in a few weeks, mainly because it’s not air-conditioned and it’s in a one-level, flat-roofed warehouse and it’s hot enough to make you pass out. Not a fun experience. Of course, it’s not heated, either, but I can deal with that!

As I poked around, I had a feeling I might find something good. As I turned to look at the one odd shelf of biographies, I spotted a zebra in the midst of all of the books. 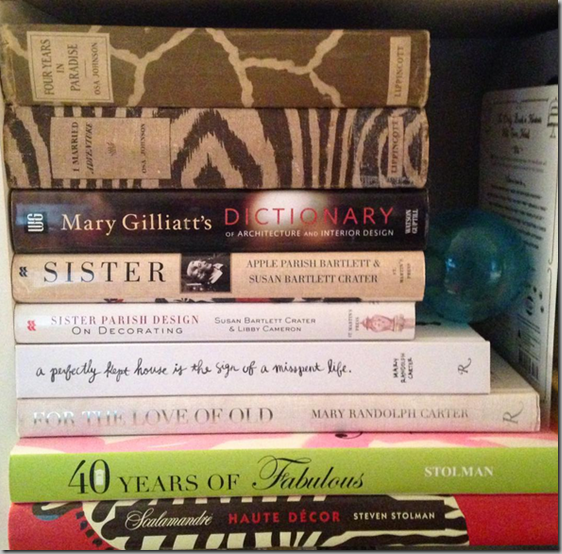 It was the famously zebra-covered book, I Married Adventure. But this one had part of its original book cover, something which I’d never seen before. 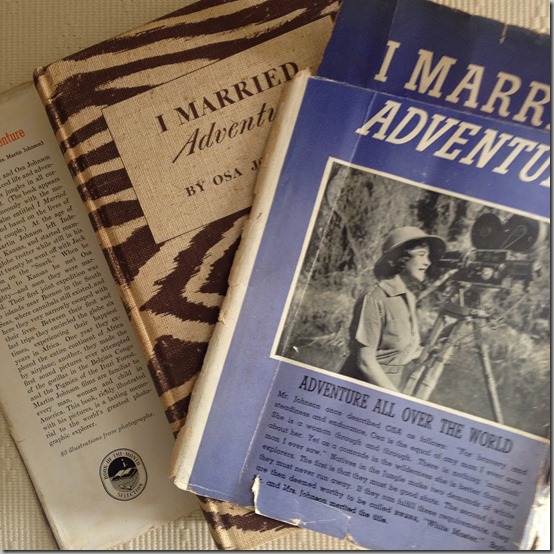 Actually, as I have since found out, this is the back cover of the book. Of course, I realized immediately that only half of the cover was with the book, and I searched around for the other part of it, to no avail. Both of the inner flaps were there, as well as the back cover, not even attached to anything.

When I got home, I did a little research and found what the original cover looked like. There’s barely anything to let you know about the sublime cover lurking below the blue and green. 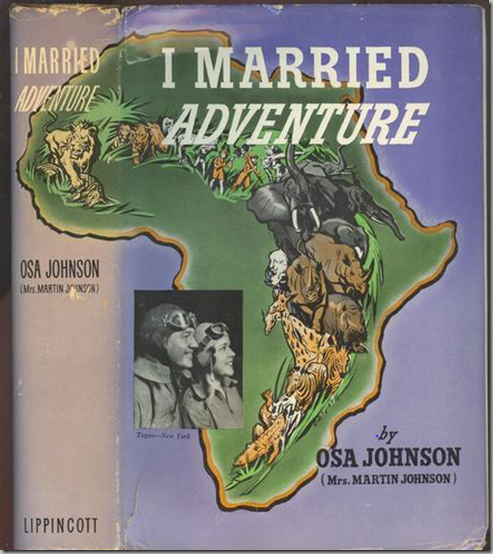 There is another cover, which is much less awful, and was from one of the early editions. 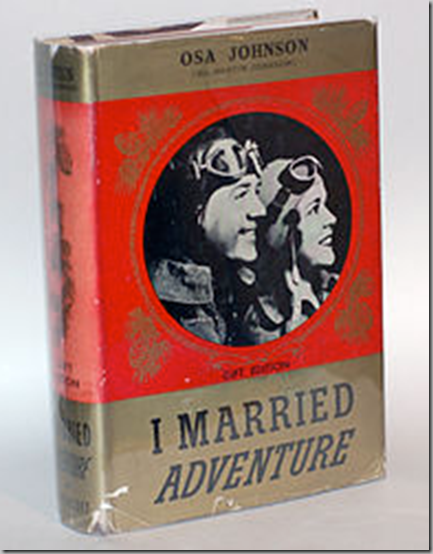 The newest editions feature a completely different cover, but still with the same image of Martin & Osa Johnson on the cover. 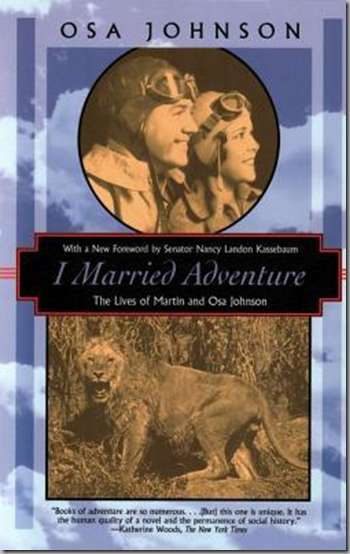 In searching, I found that there was a movie made of their adventures, and because the Johnsons were film-makers, much of their own footage was used. 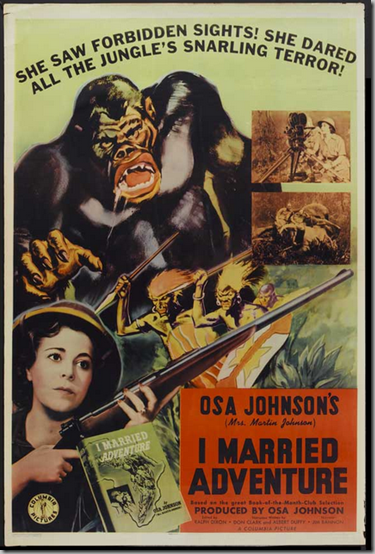 Earlier this year, on the 75th anniversary of the original release of the movie, it was re-issued on DVD with this cover. 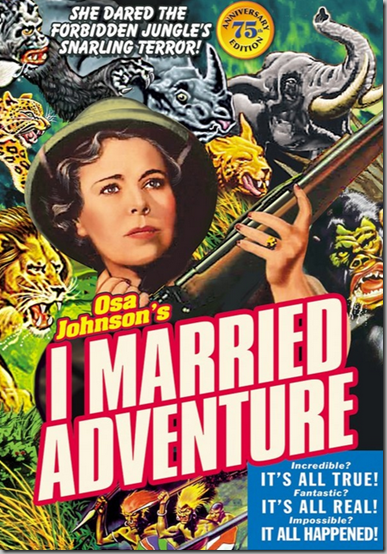 And then to keep things really classy, there’s an advert that Osa did for Blatz beer! 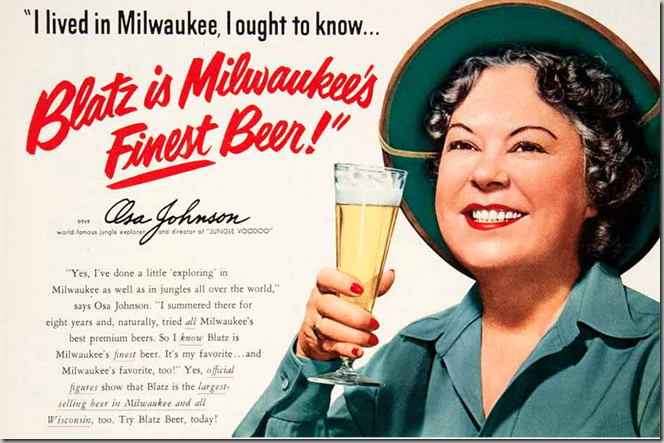 The Book Thing is one of the many things I love about Baltimore!