The person whose company I most prefer at family functions, my grandpa—or Poppa, as we call him—has halitosis. And he’s become an increasingly close talker, as his hearing goes. Every family event, I face a strange dilemma: I can choose to have my brain tickled, while my nose suffers in olfactory agony, or I can ignore Poppa. My fondest memories, needless to say, are of conversations we had while sitting across very large tables.

Sometimes Poppa’s last remaining white hairs stick up as though at attention, and his enthusiastic demeanor brings a certain crazy-eyed factor to his face—in these moments he bears a slight resemblance to Albert Einstein. He starts the night with an overabundance of conversation topics, as if exploding with ideas. By the end of the night, he has perhaps exhausted himself and can only speak one word, his wife’s name, in an increasingly agitated way: “Lorelle. Loreeeeellle. LORELLE!”This signifies that he is waiting for his wife to stop talking so that he can go home and sleep.

Lorelle is my mom’s biological mother. When my mom was seven, Lorelle divorced Mom’s biological dad, Murray, and soon thereafter married Poppa. Poppa, a psychoanalyst and former professor of psychology, was the first in what became a family of psychoanalysts. Lorelle followed educational suit, next followed by my mom—who not only became an analyst but married one (and produced one daughter, my sister, who is also one). Poppa wrote the book Sex as Sublimation for Tennis: From the Secret Writings of Sigmund Freud. The title exemplifies Poppa’s wit. Poppa has a hearty, all-American laugh. It’s like a chunky beef stew, which is an apt simile, as poppa loves a hearty stew (halitosis, or poor food choices?).

During the Thanksgiving of my 16th year, my mom told me to sit with my Poppa to talk about my anorexia. I will always remember his first question: “Why don’t you eat?” So simple, yet not one of the dozens of psychologists, nutritionists, or doctors I’d visited since I’d become anorexic had asked me that question. For the first time in god knows how long, I laughed. The question, to me, had two purposes. Its first was simply to ask a question: What was the reason I did not eat? But its second was an invitation to eat. I recall picking at a dessert left on the table in front of us.

In 1955, Poppa participated in an LSD experiment in Manhattan. He was a 20-something graduate student and needed the money. At the time, not much was known about the substance, but they were trying to figure out whether it might be an effective truth serum.

Within an hour, they sent him off into the great abyss (the NYC subways) to find his way home to the Bronx. He recalls running into an acquaintance on the subway and saying, “Something weird is happening to me. Can I pay you to help me find my way home?” I don’t know how much acid the leaders of the experiment gave to Poppa, a person who had never done a mind-altering drug, who rarely even drank alcohol. But the acquaintance was reliable, so Poppa got home, where he commenced life as an apple. Later on, he was inside the TV, competing with Desi from “I Love Lucy” for Lucy’s heart. I’m not surmising. Poppa has told me this story many times.

Then Poppa started having sexual feelings toward his sister. He locked himself in his room for fear of jumping her bones — or, put more plainly: for fear of losing control. It’s difficult to reconcile my image of kind Poppa with the image of an animal, in need of a cage. But I’ll try. Poppa offered up that anecdote freely. I don’t know that acid is a truth serum. Poppa just happens to be an exceedingly honest person.

In pictures from the 50s and 60s, both Poppa and Lorelle look like movie stars. I don’t know if I’m mentally condensing multiple pictures into one, but whenever I imagine old photographs, I see them at the beach, in their bathing suits, squinting into the camera, severe looks on their faces. It’s probably just the sun in their eyes. I like to imagine that moments later, nearby beachgoers were treated to Poppa’s beef-stew laugh. I know why Lorelle married him. In certain rare cases halitosis is forgivable.

Tyler Mendelsohn is an MFA candidate at the University of Baltimore. Read her last essay for Baltimore Fishbowl here. 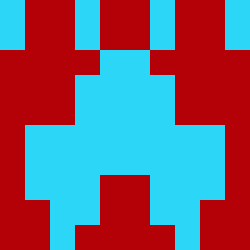