Capital News Service — Since the Clean Water Act in 1972, there have been multiple efforts by Baltimore City and non-profit groups to clean up the Baltimore Harbor and make the Harbor and surrounding waterways safer and more accessible to residents and visitors.

These efforts, however, face many challenges.

“We know that Baltimore has a long industrial legacy that involves toxic contaminants that still haunt us to this day,” said Alice Volpitta, the Baltimore Harbor Waterkeeper at Blue Water Baltimore (BWB), non-profit organization focusing on rehabilitating waterways in the Baltimore area and creating a prosperous environment for the community.  The Waterfront Partnership of Baltimore, founded in 2010, aspired to make the Harbor swimmable and fishable by 2020. Despite setbacks, Director of the Healthy Harbor Project Adam Lindquist said that there are some areas that are swimmable in the Harbor now.

“We’re looking forward to taking a jump in the Harbor. If it hasn’t rained in 48 hours, the Harbor is basically safe for recreation.”

Trash is one obstacle to cleaning up the Harbor. In 2014, the city deployed several water wheels, invented by environmental scientist John Kellett, to collect trash. The trash wheels funnel trash into an enclosed area and break it down into smaller pieces to be collected and hauled away.

There are four trash wheels currently in use in Baltimore, placed near where a river and larger body of water connect. The trash wheels add a layer of protection, removing some trash from flowing into the Harbor.

Between May 2014 until August 2021, the trash wheels collected over three-million-pounds of trash and over 1.4 million plastic water bottles.

Unfortunately, according to Kellett, the recyclable items collected from the trash wheel are too contaminated to properly be recycled.

“We’ve tried to sort out the recyclables from the trash that we collect, but nobody seems to want it because it’s very contaminated with… everything else that’s in the water,” Kellett said.

Kellett believes that there should be some sort of incentive to reduce waste, so there are little to no one-time use items that take hundreds of years to decompose.

“Personally, I think the best solution is not to generate that waste to begin with,” Kellett said.

In April 2018, the Baltimore City Council passed an ordinance that banned polystyrene (styrofoam) food containers from businesses. The ban went into effect Oct. 19, 2019. According to the Society of Environmental Journalists, polystyrene can take up to 500 years or more to decompose.

Baltimore City also created the Comprehensive Bag Reduction Act, which went into effect Oct. 1, 2021, and bans “single-use plastic check out bags at the point of sale, pickup, or delivery,” according to the Baltimore Office of Sustainability.

Sewage is another obstacle in cleaning up the Harbor. In December 2020, Baltimore City allocated $430 million to correct problems in the sewer system that generated millions of gallons of overflow into the Harbor, according to the 2021 Harbor Heartbeat.

“Our underground pipe infrastructure is old and leaky, and sewage overflows unfortunately plague our streams, rivers, and Harbor rain or shine,” Volpitta said in an email.

On Oct. 11, BWB announced in an update on their website that they “notified the Baltimore City Department of Public Works of [their] intent to file a lawsuit” for the department’s violations at wastewater treatment plants.

The DPW acknowledged the issues and are taking steps to resolve them, according to a press release Oct. 8.

The Harbor has had some decline in bacteria levels from sewage pollution and stormwater runoff, according to the BWB “2020 Water Quality Report Card.” Though BWB emphasized that the improvements in bacteria levels were mostly in dry weather.

The BWB yearly report cards have shown low overall water health since 2010, even though fecal bacteria levels in the Harbor are improving.

According to BWB’s Green Stormwater Infrastructure Report, the runoff from storms in Baltimore has caused “hundreds of millions of gallons of sewage mixed with stormwater spilled into Baltimore’s streams and Harbor in 2018” which eventually found its way into the Harbor and led its way into the Chesapeake Bay.

The Overall EcoScores in the BWB report cards represent the health of the water at specific stations. Factors that influence the overall scores in the Baltimore Harbor Watershed are: phosphorus, nitrogen, chlorophyll, enterococcus bacteria, and dissolved oxygen. The scores are based on the Mid-Atlantic Tributary Assessment Coalition’s stream analysis protocol.

Enterococcus bacteria indicates fecal matter. If there are high levels of this bacteria, it can harm people who use the waterways to swim or fish, according to BWB. However, it is necessary to have high levels of dissolved oxygen in water as fish and other living aquatic creatures need this to survive, according to the 2021 Harbor Heartbeat.

Phosphorus and nitrogen come from stormwater and sewage pollution, according to the report card. These nutrients cause algae blooms, and chlorophyll indicates the presence of them, according to the 2021 Harbor Heartbeat. Algae blooms are problematic because they remove the oxygen from water and create dead zones.

“Our data is telling us that bacteria levels are often much too high to make it safe for recreation; and there needs to be signage around the Harbor letting people know about that,” said Volpitta.

In their 2020 report, The Healthy Harbor Initiative, says that they hope to open a swimmable area in the Harbor by 2030.

“There are good days and there are bad days in the Baltimore Harbor, just like any urban waterway. We’re having more good days now than we did 10 years ago. ” Lindquist said. 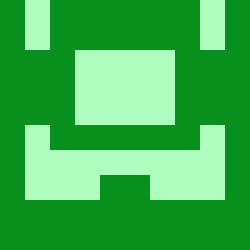 Latest posts by Taneen Momeni and James Hartner (see all)