Attendees at this year’s Small Foods Party can expect to eat plate after plate of food. Of course, those plates may be as small as their palm or even their thumbnail. Hosted in the American Visionary Art Museum’s Tall Sculpture Barn, Small Foods is attended by hundreds of competitors, judges and “tasters.” Top past entries include an assembly line of “Crappy Meals” (tiny McDonald’s Happy Meals), an impeccable falafel-building station and a brilliant “Valley of the Dolls”-themed martini bar.

And Small Foods has a history as a queer-friendly event. “Several founders of Small Foods are queer, as well as many of the organizers that keep the event alive from year-to-year,” says Mickey Dehn, the organizer of this year’s party. “Not only have many participants and winners been LGBTQ or allies, but Small Foods has served as a space for those folks to come together and be creative, be comfortable and be happy.” Money collected from ticket sales will go toward the mighty work of Moveable Feast.

This week, I met with Dehn over a plate of regularly sized BBQ to discuss his role in what he calls “the tiniest potluck you’ll ever go to.”

Baltimore Fishbowl: Can you describe what Small Foods is for someone who has never heard of it?

The idea is to miniaturize the food that you’re preparing and put your own creative panache on it. The miniature part is great but when I talk about this with people they often say, “I’ve heard of that. I’ve seen the videos.” They are thinking of the popular cooking videos where there is a thimble-sized pan and someone is cooking on a tiny stove, making food for gerbils or something. It’s kind of like that, but not necessarily.

Oftentimes, people aren’t doing the cooking at the event. They’ve made what they’re going to make and bring it, but their display is often where the winners and the non-winners get separated. Some people will wear costumes, have creative displays, or get into an acting role.

BFB: It’s called Small Foods, so it doesn’t have to be cooking.

Exactly. That’s another important guideline we’ve stuck to: not make too many guidelines. People want to know: “How small should it be?” “How many pieces should I bring?” “Can it be hot?” “Can it be cold?” Do whatever you want. There are no boundaries here. We want people to express themselves and have fun.

That’s why we have different awards. We have The Golden Toothpick award for the most accurately miniaturized version of the regular-sized food. There’s a Yummo award for the best tasting–that’s more about cooking. The Bright Idea award is for thinking outside the box. The Blue Plate Special is for people who are making a meal–they may have multiple elements as part of their entry. And this year, we have a couple new awards. There’s the International award for international cuisine of some sort. And a Bad Idea award, just because so many people come up with gross stuff but it’s really good.

This is the 13th year of Small Foods. I was not involved from the beginning, but I came in maybe year six. I had heard of it before, this is when it was held at the Whole Gallery in the H&H building downtown. It started out in someone’s house and then they said, “Let’s make this a little bit bigger.” I heard about it and eventually someone invited me. I went without making anything the first year because I really didn’t know what it was about. It sparked something in me that I couldn’t turn off from then on.

So, the next year, I made mini chicken boxes using quail. I got frozen quail from H-Mart and disassembled every tiny wing and fried it, and made little biscuits, and put them in these little paper boxes that are for candy. I learned a lot from that year in terms of how much work it is to make something that elaborate. I didn’t win anything that year but I got a lot of compliments, and people came up with such cool ideas that I was in love with it.

BFB: What’s your role this year?

This is the first year that I will actually not be making something and it is because I have a wedding the following week, and I promised my fiancee, Jack, that I would not make something and spend hours and hours obsessing over it this year.

BFB: What do the days or weeks leading up to Small Foods look like for a competitor?

It starts with inspiration. For me, I come up with my ideas at the year’s previous Small Foods, because I get so inspired by people’s things. People have asked me, “Don’t you think everything’s been done?” People will do multiple s’mores, or multiple tiny hamburgers, and that’s fine because everyone does it their own way. But then every year, several people will come up with something completely out-of-the-box that I didn’t think of at all, and it opens up a whole new avenue.

I often have my inspiration the year before and marinate on it the whole year. There have been people who have said, “I came up with this idea this morning!” Nova Robinson, who won the grand prize a few years ago, woke up that morning and said, “I’m going to do pulled BBQ sandwiches,” and she did pulled jackfruit as well for vegans, and she baked hundreds of miniature buns that day and made all of the filling that day because it tasted so good, and fed so many people.

You have to start with an idea. Then, the planning process. Some people get inspiration at grocery stores or food shows, and thinking, “I could do that in miniature.” One time, at H-Mart, I saw “goldfish hot dogs” and they were the size of pill capsules. You could make miniature hot dogs out of that! You have to think, “What looks like a smaller version of something larger?”

BFB: Some people are worried that it could take too much time or money. What do you tell folks who are worried about that?

Even if you’re making 100 or 200 pieces, they are very small. I have gone overboard with decorations, but you don’t have to. People have shown up with mini grilled cheese sandwiches where they have taken a regular grilled cheese sandwich and cut it into tiny pieces. That is totally fine! We just want people to participate and be there. We realize everyone has different time availability and commitment levels, but it’s always more fun if you participate.

BFB: Tell me about some of your favorite Small Foods entries in the past.

There are definitely standouts, but I will definitely forget some favorites. My friend Morgan Phillips and I did a food truck one year–the Viva Las Vegans food truck. It was an Elvis-themed food truck and we did peanut butter, banana and Bac-Os sandwiches. Bac-Os are vegan, which is weird. And then we did tiny milkshakes in little condiment cups. We got the little lids for the condiment cups and they really did look like milkshake cups. We just cut a little “x” in the top and cut straws. That was probably my favorite overall of them that I did.

That, and Morgan and I did a wedding one year, where I built a three-tiered fountain that worked, using an aquarium pump, and it was pumping fruit punch. Two years ago, we did a “Pink Flamingos”-themed presentation, that was a stuffed dog that was pooping chocolate cookie dough, which was also vegan, by the way. Morgan dressed like Divine, and I was dressed like John Waters, of course. People were eating the cookie dough off of these tiny Baltimore Sun newspapers that we printed out and laminated. That was the best, the reactions of people–not wanting to put it in their mouths, but then doing it.

And we like not to be boring! We could be doing a lot of boring shit with our time, or we could be inventing fun stuff to do where we get to express ourselves and raise money for a good cause.

This year’s Small Foods is on March 3, 2018, at the AVAM. Ticket sales will benefit Moveable Feast, a group that delivers meals to people HIV/AIDS, cancer and other life-threatening illnesses. As of the writing of this article, there were still both participant and non-participant tickets available through Eventbrite. 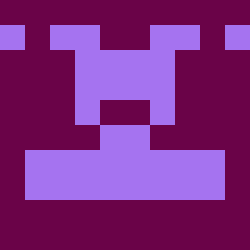