It was early one evening when I was leaving work, and I walked out through the turnstiles at the entrance to the foyer of the South African Broadcasting Corporation. Suddenly, I became aware of a buzz of electricity in the space, and my eyes were drawn to a phalanx of men, with one, tall, striking figure in the center. I had heard of charisma but never experienced it so forcefully before. He was just walking, swiftly, and looking straight ahead, but his magnetism was palpable. It was Nelson Mandela. Once he had passed through the entrance en route to the studios, the foyer felt bereft, flat, colorless. I thought of this moment when I learned of his death. It is not too much to say that a light has gone out in the world with his passing.

The other time I was in Mandela’s presence was at The Market Theatre in Johannesburg, renowned for having been a non-racial theatre at the height of apartheid. The occasion was the 1993 awards ceremony for the prestigious CNA literary prize. As each winner in each category was announced, Mandela, dressed in one of his signature silk, batik, Madiba shirts, stood up to engage them in an intimate and private conversation. No surprise, he won the major award for his autobiography Long Road to Freedom that year, but his gracious warmth to all the nominees clearly made every one of them feel singular.

These two Nelson Mandela sightings encapsulate the man; the one all business and the other all humanity. He was an extraordinarily canny politician and he understood that for South Africa to succeed as the “Rainbow Nation” of his vision, every single South African, not only the newly enfranchised, would have to feel a sense of belonging. This was behind his wholehearted support of the Spingboks in the 1995 rugby world cup (so adroitly captured in the movie Invictus), even though the game had been associated with Afrikaners and, by association, oppression during apartheid. “If you want to make peace with your enemy, you have to work with your enemy. Then your enemy becomes your partner,” he said.

But it was surely Mandela’s humanity that made him such a towering figure, not only in South Africa but also in the world. When he said at his inauguration, “I stand here before you not as a prophet, but as a humble servant of you, the people,” it was his humility, his sense of service, that made me begin to understand how this man, incarcerated for 27 years, could show such superhuman generosity of spirit, so lacking in bitterness, in order to lead his country. After years of shame, to feel such pride was the gift he gave to all South Africans.

Judith Krummeck immigrated to the United States in 1997. She is the evening drive time host of Baltimore’s classical music station, WBJC, and is a candidate in the Creative Writing and Publishing Arts MFA program at the University of Baltimore. 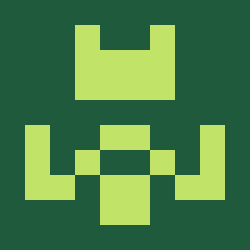