When Shorondra Reynolds was a baby we lived in a Baltimore brownstone on the edge of Pigtown. Just me and my mother, when there were no single mothers, just Adele’s mother or Mary’s mama, or Kiki’s madear, and their like. It was a time when a five year-old, like the one I was, could be led by Mr. Mackey, the custodian, to the basement dark spot where kids older than my five years played nasty under stairwells. A time when all that was needed to see a fly go its way and me mine was a penny toffee and a flashlight held close to my ear.

1902 Hollis was a building where everyone knew everyone. We knew Miss Reynolds because Miss Carol in A-2 watched Miss Reynolds’s brother’s kids on weekends, and though big, hardheaded boys, if you were short a nickel, they’d give you one, because their daddy was a mechanic and he was rich. Just like Miss Reynolds knew my mother and which apartment was ours, not only because of the bronze mailbox’s name slot, but because 1902 was a noisy place, what my mother mistakenly called nosey. If mothers hollered children’s given names, this told of impending punishments, just as raucousness coming from Miss Reynolds’s Saturday evenings told everyone her one-dollar-to-play, 50-cents-to-gawk Bid Whist game was underway.

My mother did not participate in brownstone nonsense. My mother worked for the school system. When anyone asked my grandfather, a countryman, what his daughter did that kept her so busy she rarely came to visit, he told them, “My oldest is a bureaucrat.”At this, they’d nod and smile. I understood this to mean her fingers made magic. The brownstone’s women simply referred to her as the siditty clerk typist in B-3.

My father who was not my father then, but was a good man, smiled as often as my mother frowned. He’d chuck under my chin and wink as my mother talked about “those” people and “their” ways. Miss Reynolds had ways. She was a witch. She killed small children. She wore dresses that sang. This is what I gathered those Sundays the good man who worked two jobs took us to Bob’s Big Boy. He’d pat her slim hands, and when she turned, mouth twisted and eyes made big looking for the girl to bring me another carton of milk to replace the warm one she’d brought, he’d cross his eyes making me laugh, causing her to accuse us both of foolishness, when it was him not me doing the fooling.

If we lingered, Shorondra came in with her mother. Shorondra was a fat baby. At 18 months she weighed 73 pounds. It was “little” Shorondra who made Mr. Gaylord instigate his one head, two arms, two legs policy. Before Shorondra, kids under five years stayed free in their mother’s apartment. But once he saw for himself Shorondra’s two-fisted consumption of weenies at the brownstone’s annual picnic, he decided this generous tenant privilege needed review. Requiring that Shorondra and others like her — youngsters with one head, two arms, two legs — have a room of their own. Of course, her mother fought him over paying extra to go from a standard one-bedroom to a one-bedroom plus alcove — what Mr. Gaylord advertised as a “junior, two sleeper unit.”

Miss Reynolds wore her flowered dress Sundays. If it was a windy day, the dress would fly hither and yon, hem soaring high like the notes of an especially gay song. Certainly, the dress did not sing, but this was not the thing you tell a child of five. Not even my mother would deny her child the possibility that a periwinkle sundress when swirling about brown calves, even Shorondra’s mother’s shapely calves, did indeed sing.

My mother didn’t like Shorondra’s mother. You could tell this because when Miss Reynolds came over to our table, asking “How ya doin’?,” my mother’s lips pulled back just enough to show tiny box teeth and answer a hushed, “Fine, thank you.” Miss Reynolds would stand there, staring down on us, showing all her teeth, right up until Shorondra started squirming, then she would shift her on her hip and say, “Well, we headed home — see y‘all back there.” Then they were gone: Shorondra, Miss Reynolds, and her flowered dress.

My mother wore her disdain for the brownstone’s women, the neighborhood, even its name, Pigtown, like a suit of armor. She held tight to her ways until we moved to Columbia, where we knew no one and no one wanted to know us. Every so often, mainly Sundays, my now daddy’d slap my mother playfully on her butt and say, “Com’on, woman, let’s go out into the world.” We’d put on dresses, my mother in something pretty, yet staid, and me, in a jumper, complementary in color to her dress. Then presentable, we’d drive the old neighborhood, pointing out the same, the new, always ending back at Bob’s, where sitting on refurbished Naugahyde, we’d eat and watch the door, looking in each passing face for signs of little Shorondra.

Willett Thomas earned her MA in Creative Writing from Johns Hopkins. She has received artist fellowships from Blue Mountain Center and the Millay Colony. She was selected as a Mid-Atlantic Arts Foundation fellow for the District of Columbia, and is the recipient of the 2008 Maureen Egen Writers Exchange award for fiction. 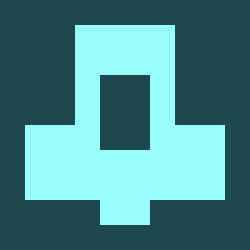