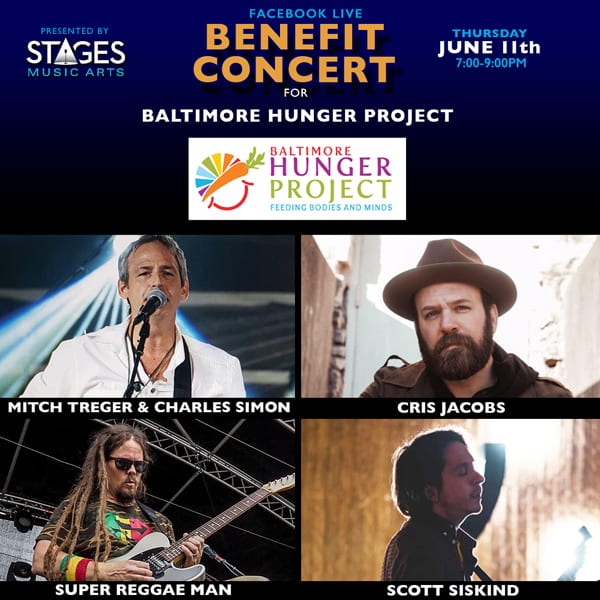 Music lesson, recording studio and live event production company​ ​Stages Music Arts​ will host a virtual concert to benefit ​Baltimore Hunger Project​,​ ​which is dedicated to eliminating weekend childhood hunger, on Thursday, June 11, from 7 to 9 p.m. The concert, which is free, will be raising money for Baltimore Hunger Project via GoFundMe.

The concert will be livestreamed from Stages Music Arts’​ ​Facebook page​. 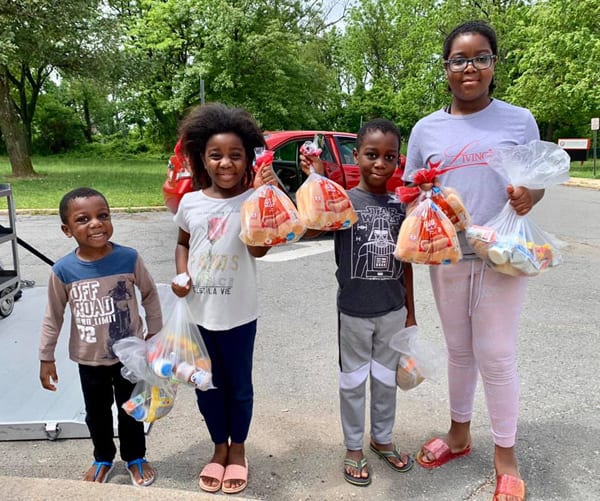 Baltimore Hunger Project, also based in Cockeysville, is a 501(c)3 that feeds bodies and minds by bridging the gap between Friday and Monday by providing food packages to children – in a compassionate and dignified manner – who are identified as food insecure.

During the COVID-19 pandemic, food insecure children and their families have been disproportionately impacted. The organization typically feeds about 650 children a week in Baltimore City and County. During the pandemic, that number has skyrocketed to 2,300. And with food supply chain interruptions, the organization is having to buy most of its food at retail prices, rather than sourcing most of it through the Maryland Food Bank, as it did before the pandemic. 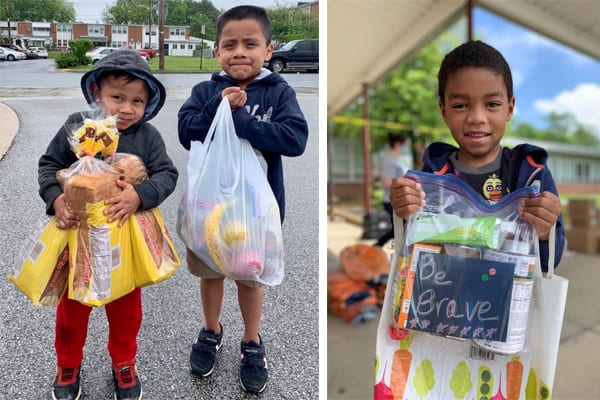 “Childhood hunger is something we at Baltimore Hunger Project always knew existed, but because of this pandemic, it’s now something everybody knows about. The need, right now, is extraordinary,” says Lynne B. Kahn, founder of Baltimore Hunger Project. “We are so grateful to the community and organizations like Stages Music Arts that have rallied around our efforts and supported our every ask.”

“Stages has been fortunate to keep our business going by transitioning to online music lessons, so we decided to do something to help some of our fellow community members who are in need,” says Charles Simon, Stages general manager. “We very much believe in Baltimore Hunger Project’s mission. After all, we also feed minds. We just do it through music.”