Kush Arora is a criminal defense attorney in Maryland and a partner at Price Benowitz LLP. Kush handles DUI, white collar, and federal cases in Maryland.

In the aftermath of a bizarre incident in which a man entered a Baltimore Fox affiliate television station threatening to detonate what looked to be an explosive vest, the suspect now faces a series of criminal charges including second-degree arson, first-degree malicious burning, threat of arson, possession of a phony destructive device and reckless endangerment.

According to Baltimore police, 25-year-old Howard County resident Alex Michael Brizzi entered the WBFF television facility last Thursday wearing a hedgehog costume while strapped with what appeared to be an explosive device. He was also in possession of a flash drive containing material he demanded be aired by the station.

Engaging in a stand-off of sorts with police, Brizzi eventually walked outside of the station and refused orders to place his hands in plain sight. This prompted police to non-fatally shoot the suspect no less than three times, after which point a robot was sent in to ensure that he was fully disarmed.

It was ultimately determined that the device worn by Brizzi was in fact a vest filled with chocolate bars in foil and that it did not have wiring capable of causing an explosion. Though the gear sported by the suspect did include a sort of motherboard connected to a wire that was likely meant to resemble a detonation device, Brizzi did not have the actual ability to carry out his threats.

Nearby Fire Also Linked to Suspect

Police also reported that a vehicle had been set alight outside of the television station around the time Brizzi first entered the facility, and that the blaze has since been connected to the suspect. As a result, arson and malicious burning charges have also been filed. Officials have stated that the suspect in this incident has a significant history of mental illness, and they have received valuable cooperation from his father.

Potential Consequences of Charges Against Brizzi

It remains to be seen how Brizzi’s history of mental illness will impact the criminal proceedings that lie ahead, however the charges lodged against him are in fact quite serious. For instance, Maryland Criminal Law Article Section 6-103 provides that arson in the second degree is a felony punishable by imprisonment of up to 20 years and/or a fine not exceeding $30,000.

Malicious burning, as defined in Section 6-104 of Maryland’s criminal statutes applies to the willful and malicious setting on fire of property that results in damage of at least $1,000. Also classified as a felony offense, individuals convicted of this crime face a possible penalty of five years’ imprisonment and a fine of up to $5,000.

Though a misdemeanor, Section 3-204 of Maryland’s criminal statutes provides that the crime of reckless endangerment also brings potentially serious consequences of imprisonment of up to five years and/or a fine of up to $5,000.

While this is certainly a sensationalistic story, it is important to remember that at this point, what is currently being reported is not necessarily what actually occurred. If this case does indeed go to trial, it will be up to the jury to decide what really happened. 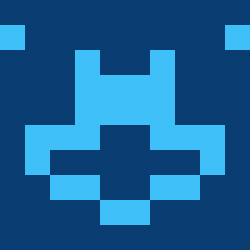