Stronach extends Lasix restrictions to all tracks, including Pimlico and Laurel

The Stronach Group, owner of Pimlico Race Course and Laurel Park, has joined a coalition of major American racetracks in phasing out the use of the horse medication Lasix on race days following a series of fatalities at Santa Anita Park in California.

At least 23 horses have died after breaking down during races or training sessions at the track just outside Los Angeles. Operations were suspended by Stronach, which owns the track, on March 5, following a spate of 21 deaths that started on Dec. 26.

END_OF_DOCUMENT_TOKEN_TO_BE_REPLACED 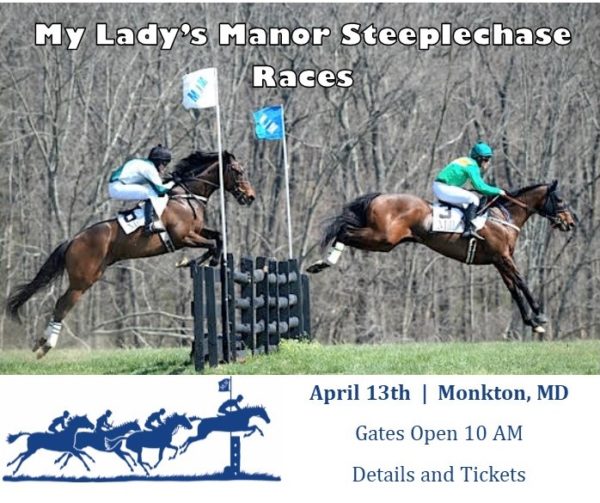 The big news out of Belmont Park over the weekend was Justify’s win in the Belmont Stakes to become the 13th winner of horse racing’s Triple Crown. On Sunday, the storyline shifted to controversy, with some wondering if longshot Restoring Hope blocked early challengers from getting near Justify in the one-and-a-half-mile race.

Here’s another angle to consider: Maryland racing played the role of spoiler in two of the stakes races on the undercard.

END_OF_DOCUMENT_TOKEN_TO_BE_REPLACED

Preakness field of runners shaping up to be a small one

Kentucky Derby winner Justify is set to take a shot at the Preakness in his bid for horse racing’s Triple Crown.

END_OF_DOCUMENT_TOKEN_TO_BE_REPLACED

Senior Senator was only pressed a few times during Saturday’s Maryland Hunt Cup, and any time another horse tried to challenge the lead, he brushed off the attempt and stayed in front.

END_OF_DOCUMENT_TOKEN_TO_BE_REPLACED

With a determined surge in the home stretch, Laurel Park-based 7-year-old Something Awesome took home the $1.2 million Grade 2 Charles Town Classic on Saturday, dueling nose to nose with War Story before the finish line.

END_OF_DOCUMENT_TOKEN_TO_BE_REPLACED

Imagine it’s the late 1800s. Entertainment and sport were quite a bit different than they were today. If you weren’t hunting foxes or quail, you were probably racing your well-trained horse across miles of lush, green fields.

END_OF_DOCUMENT_TOKEN_TO_BE_REPLACED

When 150 folks or so showed up at a standing-room-only meeting regarding the future of Pimlico Race Course April 10, they heard some words of optimism that the aging race track might be replaced by a 21st century facility in the coming years, but few specifics.
END_OF_DOCUMENT_TOKEN_TO_BE_REPLACED

Just as a second phase to study Pimlico Race Course’s future moves forward, Baltimore County Del. Pat McDonough is hoping the General Assembly will help him replace the track and bring the Preakness Stakes out of the city and into the county.

END_OF_DOCUMENT_TOKEN_TO_BE_REPLACED

’60 Minutes’ to Feature Segment on Maryland Hunt Cup This Sunday Amid the building hype for the Kentucky Derby early next month, CBS is taking the time to spotlight a different high-profile horse racing event that covers far more ground.