Weight is A Heavy Topic With Grown Daughter

Our daughter “Emma” has been out of college for a few years and is in her late 20s, so my wife and I don’t have much influence over her anymore. She has a job and a boyfriend about 2 hours away from us and sees us maybe five or six times a year, usually vacation time for her and during the holidays.

What’s bothering my wife and I is that Emma has been putting on weight steadily since college and is getting noticeably heavy (at least to us). Her mother and I both know that nagging doesn’t work, but my wife especially thinks that this weight gain is worrisome, and to tell the truth I’d like to see my daughter the way she used to be. Is there anything we can do besides telling her how we feel?

What do you have in mind?  Ground her if she doesn’t listen to you? As you say, you “don’t have much influence over her,” so recognize that you are not going to be able to get Emma to change her habits. What you can do is to maintain contact with her via email, or phone, or whatever is her transmission device of choice.

END_OF_DOCUMENT_TOKEN_TO_BE_REPLACED

Obesity takes a toll on the body, but it also has an effect on the wider community, too: studies have shown that obese people miss more days of work, earn lower wages, and cost their employers more in terms of workman’s comp claims.

Even in Howard County, the healthiest county in the state, more than half the population falls into the “overweight” or “obese” range, as measured by the (somewhat controversial) BMI; issues related to obesity cost the county’s businesses more than $169 million per year, according to a new study by the Horizon Foundation.

END_OF_DOCUMENT_TOKEN_TO_BE_REPLACED

This Week in Research: Diet Advice and Blood Money

A previous Johns Hopkins study showed that doctors are less likely to bond with overweight patients; now new research from Hopkins shows that patients can be just as prejudiced against their doctors.

END_OF_DOCUMENT_TOKEN_TO_BE_REPLACED

This Week in Research: Personalized Cancer Treatment and Stressed-Out Children

If you’ve got to get chemotherapy, you might as well get chemotherapy that’s designed precisely for you. No, this isn’t some weird, trendy cancer fad from the fashion industry; it’s actually an innovative new treatment developed by oncologists at Johns Hopkins, who’ve figured out how to personalize chemo drug selection using cell lines created from patients’ own tumors.

END_OF_DOCUMENT_TOKEN_TO_BE_REPLACED

A presidential election is a big deal, needless to say… except, that is, in the minds of today’s college students.

END_OF_DOCUMENT_TOKEN_TO_BE_REPLACED

Could Banning the Big Gulp Lower Crime in Baltimore? 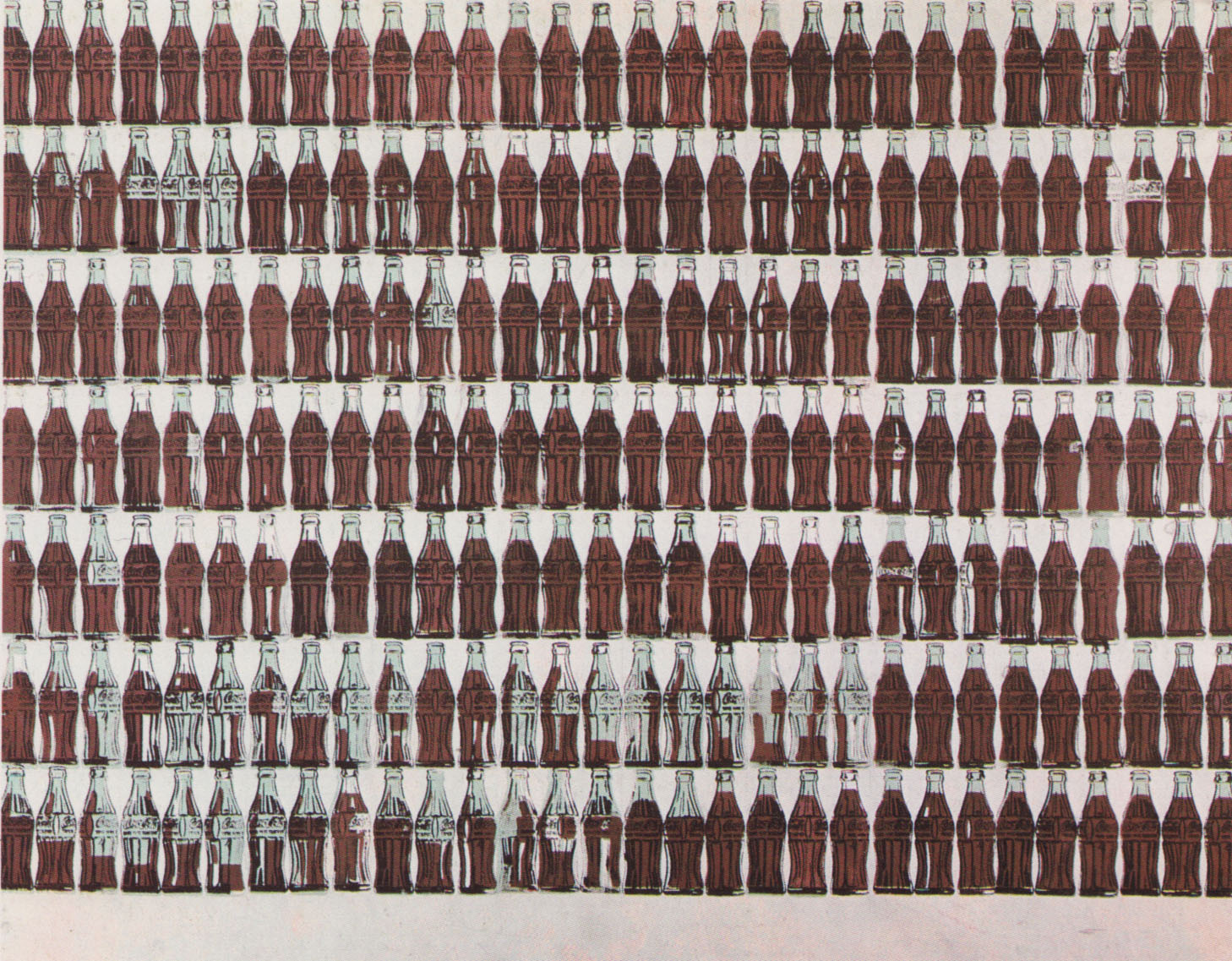 New York Mayor Bloomberg’s proposed soda law has got a number of people up in arms about the government’s priorities. One big reason: If this law and Governor Cuomo’s bill are both passed, you’ll get fined more in New York for selling a 17-ounce soda than possessing 24 grams of weed. For us in Baltimore, I think it should call attention to another debate: The government’s role in our city’s health.

Obesity is a problem for Baltimore. According to our most recent statistics, the city has a higher overweight and obese prevalence than both the state and national prevalence. 67.7 percent of Baltimore City residents are overweight or obese, while only 32.3 percent are at normal weight, down from 38.4 percent in 2002.  And it’s actually the people with the least money who are suffering the worst from these weight issues.

Basically, fruits and vegetables are expensive and junk food is cheep. Today, one dollar can buy you around 1200 calories of potato chips or 875 calories of soda, but only 250 calories of vegetables or 170 calories of fresh fruit. Many of Baltimore’s residents live in what are called “food deserts,” industrialized areas where healthy, affordable food is difficult to get. Even if you live in a city, if you don’t have a car and haven’t been told where to look, finding fresh foods can be really hard – just think about how many fried chicken and lake trout joints you pass by for every family grocer.

END_OF_DOCUMENT_TOKEN_TO_BE_REPLACED

Has your doctor diagnosed you as obese? It might depend on the number he or she saw when stepping on the scale this morning.  According to a recent study from the Johns Hopkins Bloomberg School of Public Health, physicians who are overweight or obese are less likely to discuss weight loss — or to diagnose patients as obese — than their normal-weight counterparts. The study also found that normal-weight doctors were more confident in giving advice about diet and exercise, while obese doctors preferred to discuss weight loss medications. Even though national guidelines for the treatment of obesity exist, other studies have found that two-thirds of obese patients don’t get diagnosed or get counseling from their doctors.

Quick, imagine what the U.S.’s next terrorist attack will look like. Odds are, you pictured a big city under threat from international agents. That’s in part because since 1970, nearly a third of terrorist attacks have taken place in five major cities:  New York (343 attacks), Los Angeles (156), Miami (103), San Francisco (99), and Washington (79). But, according to a new study by the University of Maryland, more rural counties have also emerged as “hot spots” of terrorism.  Per the study’s terms, a terrorism “hot spot” is any county that’s had more than six attacks from 1970 to 2008. And many of these attacks — such as those in Maricopa County, Arizona — were the work of domestic groups. “Despite the clustering of attacks in certain regions, it is also clear that hot spots are dispersed throughout the country and include places as geographically diverse as counties in Arizona, Massachusetts, Nebraska, and Texas,” note Gary LaFree, professor of criminology at UM. Most places that saw multiple attacks were under threat from groups with the same motivation — for example, the Bronx experienced only extreme left-wing terrorism, while Texas’s Lubbock County had the opposite result — attacks from only the extreme right-wing.

Why Are Obesity Rates Leveling Off? – The Washington Post

This Week in Research: Dieting by Phone; Our Earliest Primates

In this new series, we’ll look at the newest findings coming out of our area’s top research universities. We’ve got some great minds in Baltimore — let’s learn what they’re learning!

Johns Hopkins researchers enrolled obese patients in two different weight-loss programs, one including in-person coaching and another where the health counseling happened over the phone. In both cases, roughly 40 percent of those enrolled succeeded at losing at least 5 percent of their body weight, leading to lower blood pressure, lower cholesterol, and better diabetes control. Standard weight-loss practice encourages in-person meetings under the theory that regular contact is necessary to keep patients committed to a weight loss program. But the study found that the phone consultations were just as helpful as face-to-face meetings, perhaps because they were more convenient. According to Lawrence Appel, a professor of medicine at Hopkins who led the study, ““In most weight loss studies, there is a lot of emphasis on frequent in-person counseling sessions, but from a logistical perspective, it’s a disaster. Patients start off strong, but then stop attending in-person sessions. That’s why I like the telephone program. It is convenient to individuals and can be done anywhere. You could be living in rural South Dakota, and we could deliver this intervention. It removes some of the major logistical barriers.”

A Johns Hopkins research team working in the Bighorn Basin in Wyoming has found fossils that indicate that North America’s first primates lived in trees, similar to lemurs. These early primates, known as Teilhardia, date back to the Eocene Epoch, or 55.5 million years ago. While previous excavations had found jaw and tooth bones, the Hopkins team found ankle and toe fossils. The toe fossils were shaped in such a way to indicate that Teilhardina had nails instead of claws — “the oldest evidence of nails found in primitive primates so far,” according to anatomy professor Ken Rose. The ankle bones were elongated, which probably means these guys did a lot of jumping. Finding the bones themselves is a bit of an art:  some tooth fossils are so small that they just look like specks to the human eye. So researchers screen hundreds of pounds of sedimentary rock from their Badlands site by reducing it to fine-grained concentrate and examining it by microscope.