Event Pick: A Discussion on the ‘Downward Spiral’ of Baltimore’s Water Billing System 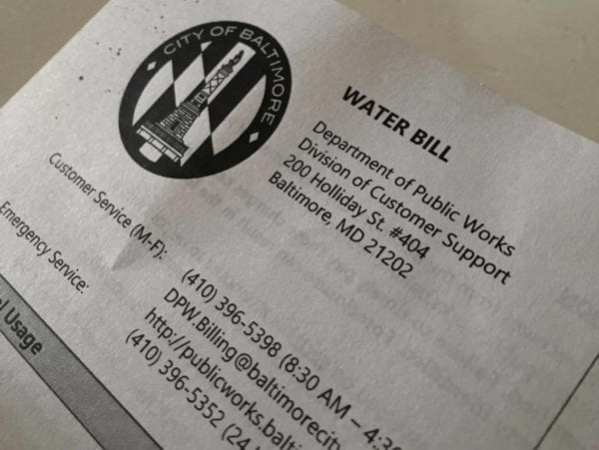 What happens when water and sewer rates are too high for at least a third of households to afford their monthly bills? Presently, Baltimore’s solution is to keep hiking the rates. This isn’t going to work out, says one economist.

END_OF_DOCUMENT_TOKEN_TO_BE_REPLACED

An event unlike any other that brings together an impressive list of talented and influential women, including Mary Chapin Carpenter, U.S. Department of Homeland Security Senior Counselor Alice Hill, Senator Barbara Mikulski, and BSO Maestra Marin Alsop at the Meyerhoff Symphony Hall, makes its American debut in Baltimore in a few weeks.

Alsop met WOW Founder and Co-Artistic Director, Jude Kelly, as a panelist at the inaugural WOW Festival in London. Alsop, inspired by her experience, was eager to bring WOW to the Baltimore community. From the initial event planning stages to the near-finalized event program, WOW-Baltimore has sought community involvement.

The festival features a line-up of speakers and panelists certain to wow attendees. In addition to the women named above, attendees can also expect NPR’s Peabody-Award-winning producers, The Kitchen Sisters; Lynne Brick, President and Owner of Brick Bodies; Kwame Kwei-Armah, playwright and Artistic Director of Center Stage; Dr. Mary Pat Seurkamp, President of Notre Dame of Maryland University; and a panel of Baltimore’s 12 to 18-year-old girls who speak about the challenges of young womanhood as part of the Girl Up! Campaign for the United Nations Foundation.

Attendees can also screen the documentary feature film, Miss Representation, which debuted at the 2011 Sundance Film Festival. The film, written and directed by Jennifer Siebel Newsom, artfully compiles facts and statistics that expose mainstream media as one of the most significant impediments to a culture of confident women achieving their true potential. Viewers are encouraged to stick around for a post-screening discussion. You can preview the trailer here.

While the primary purpose of the event is to celebrate and empower women, the intent is that both men and women have something to gain from attending and participating. For example, one of the panels will discuss human trafficking, the second largest criminal enterprise in the world that profits by the billions from forcing 12.3 million adults and children into bondage and prostitution. These numbers represent many someones’ mothers and daughters.

Men and women have long said, “Behind every great man there stands a great woman.” This extended weekend could be a wonderful opportunity to see the tired adage in a new light; for the great men to stand behind and support remarkable women — our wives, mothers, and daughters who are also our current and future visionaries, entrepreneurs, educators, artists, athletes, politicians, doctors, soldiers, and humanitarians.

There are several ticket options including day passes and weekend passes. There are also special tickets for the Mary Chapin Carpenter and the BSO Voices of Light concerts. Go here for tickets and a full schedule of activities.