END_OF_DOCUMENT_TOKEN_TO_BE_REPLACED

Katherine Newman, Johns Hopkins’s new dean of the School of Arts and Sciences, is a busy lady. Along with being an administrator, she also serves as a sociology professor and a widely-cited expert on a number of issues. You may recall seeing her name around quite a bit in the weeks after the Newtown shooting; Newman is an expert on school shootings. This week, though, she tackles a different subject in the New York Times:  how certain states (especially in the South and West) unfairly shift their tax burden to the poor.

END_OF_DOCUMENT_TOKEN_TO_BE_REPLACED

Towson Students Will Do Your Taxes for Free

The only thing worse than paying your taxes is trying to figure out how much you owe — or paying someone to figure out how much you owe. For low income taxpayers, the burden can be even greater. Without being able to shell out for expensive tax prep, low income families may miss out on hundreds of dollars of deductions. Unless, that is, they get some free help from local college students via Towson University’s tax prep program.

END_OF_DOCUMENT_TOKEN_TO_BE_REPLACED

Honey Boo Boo for Obama, Lindsey Lohan for Romney, Endorsements the Candidates May or May Not Want – The Washington Post

Obama and Romney Bristle From the Start – The New York Times

At Least $55K in Maryland Taxpayer Money Spent in Vegas

According to an article in the Sun, Maryland state and local governments and agencies spent at least $55,000 in taxpayer money to send representatives to Las Vegas for the annual Global Retail Real Estate Convention, a networking event for mucky-mucks in business and government. (By the way, is this something we taxpayers even want?) Annapolis mayor Joshua Cohen spent more than $300 on food alone!

END_OF_DOCUMENT_TOKEN_TO_BE_REPLACED

Courtesy Citybizlist – Maryland Live! Casino reported paying more than$23.7 million in gaming taxes to the State of Maryland after its first full month of operation. July 2012 taxes were based on the State’s 67% portion of $35,408,769.62 in gaming revenue generated by the facility, a win per machine per day of approximately $351.54.

END_OF_DOCUMENT_TOKEN_TO_BE_REPLACED 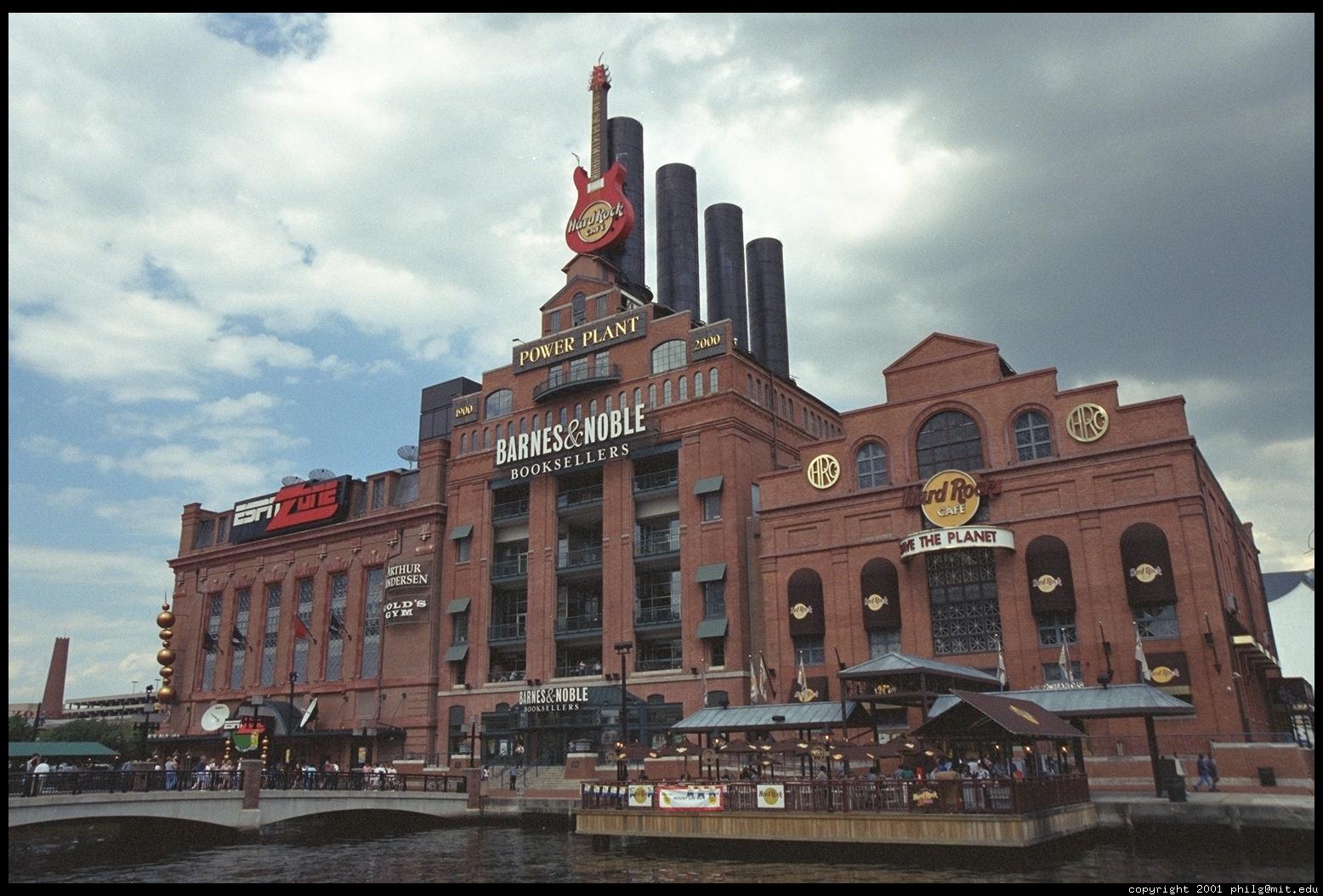 The most recent expose in The Baltimore Sun’s series about taxes admonishes the city for tax-break errors that have lost millions of dollars in potential revenue. Here’s what’s going on:

Baltimore is full of historic architecture – there are 55,000 properties, almost one in four buildings in the city that qualify as part of a historic district or landmark. The city has a number of programs in place to make sure these spaces are properly preserved, one of which offers tax breaks for owners of historic properties. Basically it guarantees these owners a decade of tax breaks for restorations and rehabs. If, say, your restorations raise a building’s value from $150,000 to $225,000 the city will keep taxing you only $150,000 for the next 10 years.

Theses preservation programs themselves aren’t the problem. They make sense, because they encourage investment in and renovation of properties that otherwise might be destroyed – just think of all the trendy former-warehouse lofts you see on sale for $700,000 or $800,000.

But whoever has been calculating the tax breaks has really messed up. Errors left and right abound: Many people have been receiving tax breaks for longer than 10 years, or more of a tax break than they were entitled to. And the breaks have allowed some owners to dodge taxes on market gains that have nothing to do with rehabilitation. These “clerical errors” have cost the city more than 2 million bucks in lost taxes since 2009. That’s money we just can’t afford to lose.

If you live in the city, you’ve probably caught wind of Mayor Stephanie Rawlings-Blake’s plan to increase Baltimore’s beverage tax by another three cents a bottle. And it’s not unlikely you first heard about it from Stop the Baltimore City Beverage Tax, a coalition of mostly beverage companies and food stores formed in 2010 to oppose the introduction of the tax. SBCBT has hit the airwaves as well as the streets with propaganda urging Baltimore City residents to oppose the increase with materials that are noticeably light on information.

I don’t know about you, but when I receive a post card covered in exclamatory phrases demanding that I take a stand on something — without presenting enough information to let me decide for myself — I feel insulted and suspicious.

A visit to the Stop the Baltimore City Beverage Tax website’s FACTS page yields a lot of claims but few hard numbers. The only verifiable “fact” on the page is that five cents is more than twice as much as two cents.

The most valid argument offered in SBCBT propaganda is that taxing a staple hits the poor the hardest. But this is only really a half-argument. The materials fail to either suggest an alternate revenue source, or even mention what the $10 million in additional funds would be spent on (by the way, it’s to fix dilapidated school buildings, and we mean dilapidated — at least one broken down portable classroom is “riddled with bullet holes”), let alone refute its necessity.

SBCBT, if you have a strong argument against the tax increase, don’t be afraid to disclose all the facts. Trust the intelligence of the people you mean to persuade.