Just in time for Halloween, Baltimore-born playwright/actor/director and fiction writer Kimberley Lynne recounts the evening she and her mother gallivanted in most conspicuous costumes.

In 1976, my mother and I portrayed nuns in The Sound of Music at Baltimore Actors Theatre at St. Timothy’s School in Stevenson. During tech week, or the week before opening, we had to wash our habits at home, and after one late rehearsal, we decided we were too tired to take off our costumes and climbed into the orange Volkswagen bus in full nun regalia.

END_OF_DOCUMENT_TOKEN_TO_BE_REPLACED

Q&A With James Magruder, Baltimore Writer of the Go-Gos Musical on Broadway 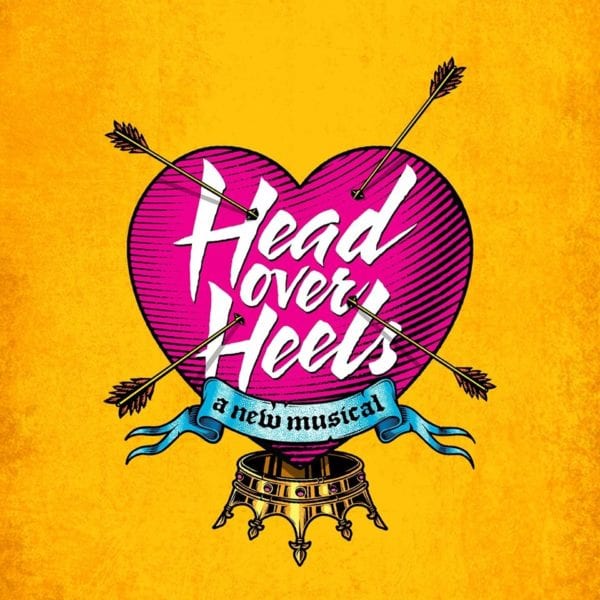 END_OF_DOCUMENT_TOKEN_TO_BE_REPLACED

Exit Interview: Kwame Kwei-Armah reflects on his time at Center Stage, his upcoming play on Stax Records and more

Over the course of Kwame Kwei-Armah’s seven-year run as artistic director, Baltimore Center Stage regulars have grown accustomed to seeing him walking around during previews, those first few times a production is performed before an audience. The tall, lean, and handsome Kwei-Armah can typically be found dapperly attired and casually milling about, as if just another theatergoer on a night out. On Saturday, prior to the second preview of “Soul: The Stax Musical,” his final directing effort of his tenure, he stood in the lobby surrounded by a small throng of people, chatting and having a laugh.

END_OF_DOCUMENT_TOKEN_TO_BE_REPLACED

A review in D.C. Metro Theater Arts likened seeing “Follow No Strangers to the Fun Places” to “attending a graduate class for which you never got the reading list, but still have to take the exam.” Don’t worry, this is a good thing.

END_OF_DOCUMENT_TOKEN_TO_BE_REPLACED

Having previously acted in two Baltimore Rock Opera Society shows,”Incredibly Dead!” co-director Mike Ziccardi was familiar with the ensemble’s costume design and decorating prowess when he and his co-creators unveiled the gore-filled script. Even so, he worried that it might be difficult to simulate dismemberment in front of a live audience.

He was happy to be proven wrong.

“It was show-ready,” he says, describing the moment when gore designer Amanda Boutwell showed him how they could replicate limb-separation on-stage. In fact, the combination of costumes, props and replica blood “looks exactly like it did when we talked about it a year ago,” Ziccardi says.

END_OF_DOCUMENT_TOKEN_TO_BE_REPLACED

The last six months have been kind to the Baltimore Improv Group. The nonprofit comedy organization has settled into its newly renovated home in Station North, seen upticks in attendance at shows and a steady stream of revenue from paid classes and workshops, and even earned a “Best of Baltimore” nod from the readers of the city’s paper of record.

END_OF_DOCUMENT_TOKEN_TO_BE_REPLACED

“Homebodies,” a curious-looking play about a puzzling box and the larger concept of what makes a home a home, premieres tonight at Mid-Town Belvedere’s Baltimore Theater Project.

END_OF_DOCUMENT_TOKEN_TO_BE_REPLACED

In the wake of allegations of sexual harassment and unprofessional behavior at the city’s only dedicated queer theater company, Iron Crow Theatre, the cast of the upcoming show “Corpus Christi” has suspended its production, the group announced over the weekend.

END_OF_DOCUMENT_TOKEN_TO_BE_REPLACED

Baltimore Center Stage had “Lookingglass Alice” in its season lineup long before Alabama Senate candidate Roy Moore was on the radar or #metoo became a hashtag. And while this energetic and whimsical take on the beloved Alice’s trippy meanderings isn’t explicitly about female exploitation and empowerment, I couldn’t keep my mind from going there.

END_OF_DOCUMENT_TOKEN_TO_BE_REPLACED

Baltimore Center Stage has continued its fall season with Shakespeare In Love, a theatrical adaptation of the Oscar-winning film of the same name, directed by Blake Robison, Artistic Director of the Cincinnati Playhouse in the Park.

END_OF_DOCUMENT_TOKEN_TO_BE_REPLACED

Hit the Nail on the Head — Baltimore magazine

What’s a theater without lights, a lobby or even a green room?

END_OF_DOCUMENT_TOKEN_TO_BE_REPLACED

With a bit of financial backing from the city, Baltimore’s DIY rock opera collective is linking up with Baltimore’s Arena Players for a two-part production in early 2018.