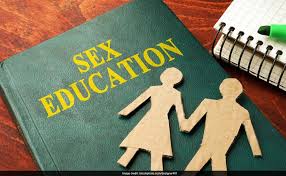 On staycation here in Baltimore, I have time to go back to some of the Urban Priestess Mystery School teachings I’ve let slide over the past ten months. The online program is organized, so it’s easy to see where you’ve fallen off and where you’ve knocked it out. Because there’s no degree involved, no one checking up on me, I naturally undertake the coursework that is fun or of interest while resisting other activities, like the “Family Sexual History” survey which first hung me up back in December.

Called to jury duty on Friday the 13th, I park on an upper level in a garage that overlooks a building with arched windows set off by eight identical busts, the head of a man. The word “Gaiety” has been carved in stone over the entrance. I can’t place the building. My eyes travel down the facade to a sign that says Hustler, Club Hustler. Ah, the block. In the courthouse, prisoner for a day, I take out the family sexual history survey again.

Did you receive sex education at home?  What was that like for you?

We didn’t talk about sex. I grew up on a farm. Fertilization, gestation, birth — the raw, animalistic facts of life just seeped in. My friend Sue’s family had a breeding farm, Morgan horses. The mare with her tail raised, oozing, receptive. The stallion, straining to get to her, handled by two strong men. The feeling of danger, even violence. Sue’s father saw us lurking in the shadows and yelled in an angry voice, “Girls, get out of here!”

The memoir The Happy Hooker by Xaviera Hollander had come out. I was in high school, and it made its way around our household. We were all reading it at more or less the same time; one person would finish it, another would take it up. Somehow this indicated to me that we, as a family, were not prudes. It was wildly entertaining. Sex acts with her German Shepherd! But no, I do not ever remember talking to my mother or father about sex.

One day my sister and I wandered downstairs in our nightgowns, draped in heavy flannel, neck to toe. A neighbor who had some business with my father had stopped by. He was sitting at the dining room table having a cup of coffee. My mother apprehended us in the kitchen. “Girls,” she said, shooing us away as if we should be ashamed. “You’re in nightgowns!”

I dislike explicit sex scenes in movies. My favorite sex scene is from The Horse Whisperer. Robert Redford slow-dancing with Kristin Scott Thomas. Smoldering restraint. All suggestion. He puts his hand on her belt, they move a little closer. That’s it. I swoon.

Surely there was a sex education class along the way, but I can’t remember that either. Now sex education in schools, private schools in this area at least, is serious business. My youngest grilled us at the dinner table as part of her homework. “Mom, what’s the difference between a hole and an opening?”  We, her parents and much older sister, already out of college, cracked up.

“Dad,” she said, turning on him, withering as an old schoolmarm. “What’s the function of the prostate gland?” We tried to pull ourselves together. We who’ve been around the block and back didn’t know the first thing. “You’re all ridiculous,” she said. “You’re acting like fifth graders.”

Which part of your own sexual history do you NOT want your children to have? Which part do you hope they will get to have?

I went off to college. Near the end of my freshman year, I was relieved of my virginity. It wasn’t a date rape because it wasn’t technically a date. Around midnight I was heading back to the girl’s dorm after a night of heavy partying. He was heading back to the boy’s dorm. We met midway, along the walkway that ran between the buildings. He was GQ handsome, a prep school type, an exotic to the farm girl who was me. His face lit up when he saw me like we were old friends. We were not. He asked if I wanted to go back to do bongs in his room. Later, immediately post-orgasm, his, after he’d fallen asleep and begun to snore, I got dressed. I groped around for my socks in the dark, then left without them. Ah well, I thought, it was going to happen eventually. I never talked about it with anyone. I was embarrassed; he was such an obvious hustler. I’d been in similar situations with guys who had skirted and respected the edge. I’d overestimated my ability to secure the border. The next day he knocked on my dorm room door, wearing a sheepish, adorable grin, dangling my socks. I took the socks and closed the door. I waited for my period. It came on schedule.

Although I’ve barely begun, I shelve the survey. I also skip the “Personal Sexual History” survey (How would you describe sacred sexuality?) and move on to other Mystery School teachings. In the Priestess tradition, it’s the Moon of the Mother, a time to nurture self, others, and the whole world. Something novel captures my attention, yoni steaming. The word yoni entered my vocabulary not long after I started doing yoga. It’s the Sanskrit word for female genitalia, often worshipped in conjunction with the lingam, the male sex organ. It translates to “source of all life” or “sacred space.”

I watch the How to Yoni Steam video. As easy as making a pot of tea, not even a bit weird. For any woman who desires sexual healing. For any woman who’s had sexual trauma of any kind. For any woman who’s had her pussy grabbed, which is, in my estimation, almost every last woman. For any woman who’s had a difficult or traumatic birth, fertility issues, or endometriosis. For postpartum healing and irregular menstrual cycles. For ovarian cysts, fibroids, and yeast infections. For stronger orgasms and increased libido. For symptoms of menopause and womb cleansing. For uterine irregularity and prolapse. And, finally, to deepen the connection to one’s feminine essence and Gaia, the Great Mother, the divine feminine. I order the yoni steaming herbs, 13 Moon Blend.

They come a few days later. Marshmallow Root; Calendula; Mugwort; Lavender; Lemon Balm; Oregano; Yarrow; Holy Basil, Krishna; Red Clover; Motherwort; Rosemary; Black Cohosh; Dong Quai. Each with its own healing signature, its own plant wisdom. Evidently, it takes a whole battery of plants to heal our wombs, that place of our deepest feminine wisdom and wounding. Mugwort, for example, is said to be a uterine stimulant, while of Motherwort Nicholas Culpeper wrote, in The English Physician, in 1652: “There is no better Herb to drive Melancholly Vapors from the Heart, to strengthen it, and make a merry cheerful blith soul.”

Because I’m home alone, mothering mostly myself for a change, everyone off doing their summer thing, the time seems right. I measure out the herbs—1 cup to 2 cups water. It’s almost bedtime, a good time for yoni steaming. I set the pot a-boiling and roll out my yoga mat, as instructed by the online tutorial. I turn off the overheads and light three candles to create a restful atmosphere. In the back of the closet, I find a long skirt I haven’t worn in about twenty years. I climb into it, this skirt that will create a tent, a little steam room, and strip off everything else below the waist. The herbs, now boiling for ten minutes, are ready. I pour the steaming brew into a ceramic bowl and place it in the center of my yoga mat on a pot holder. I stand, one foot on either side of the bowl, the steam already beginning to fill my skirt tent, then ease myself down into a squat, bathing my nether regions in the activated essence of that army of healing plants.

It’s easy, nothing to it. Just hang out here, get comfortable, scooch down into child’s pose. It feels nice—warm, comforting, like something I should have done a long time ago if only I had known.

I still can’t answer that question, the difference between a hole and an opening, although the word opening has a more hallowed ring, suggesting a passage into greater mysteries, while hole sounds like something to be plugged. I will have to remember to ask the youngest for clarification when she gets back from camp.