I haven’t been to Housewerks as much since I moved more than a few city blocks from them, but I stopped in on Friday to drop something off there, and I will also be there on the 18th for a wedding party.

There’s always so much to see at Housewerks, and this hilarious bench greeted me on my way in. 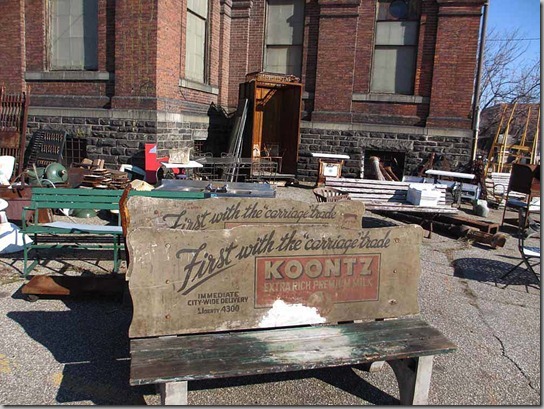 I love the play on words, with the carriage trade, meaning both posh families, and people with babies in carriages. Very clever.

There were a couple of sinks out back. 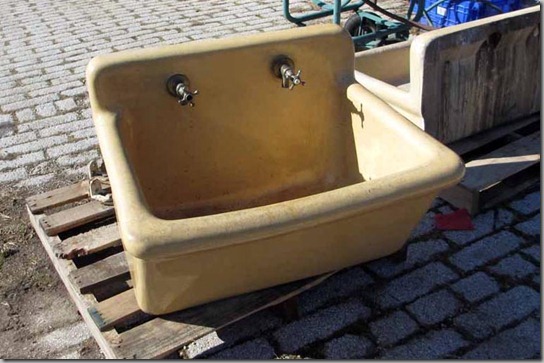 This great old porcelain one would be great for a laundry room, and this steel one would rock in the right kind of kitchen! 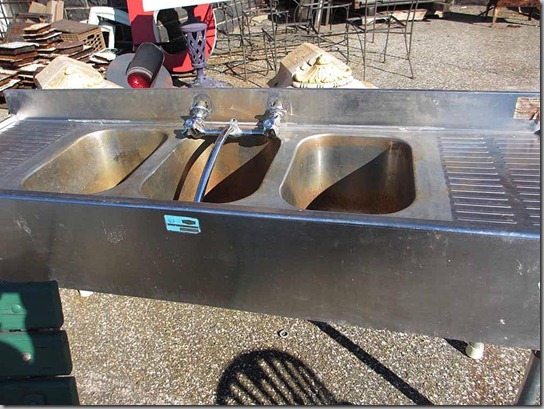 It would work perfectly with my steel kitchen counter/desk.

If you’ve been reading Pigtown*Design for a while, you know I found optimal shoe holder, 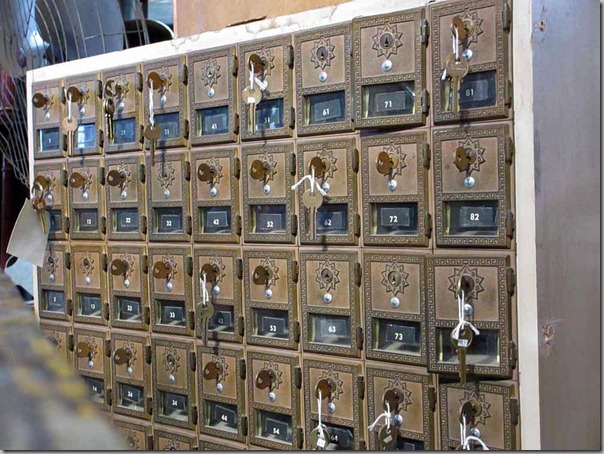 but this would come in a close second.  I’d swap out the numbers for the names of the shoes therein.

This table was amazing. It came from an old printers, and the table is wood with a stone top for rolling out the inks. 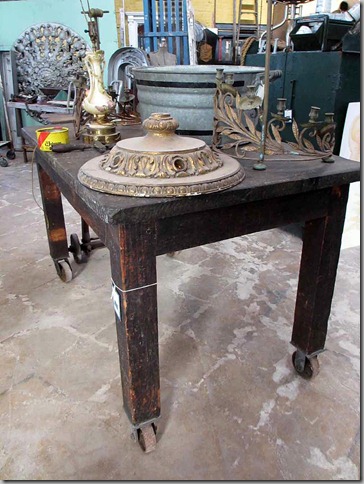 Ben and Tracey added wheels to make it a little easier to move, since it weighs a ton!

And I do love the candle-holder that’s on top of the table. 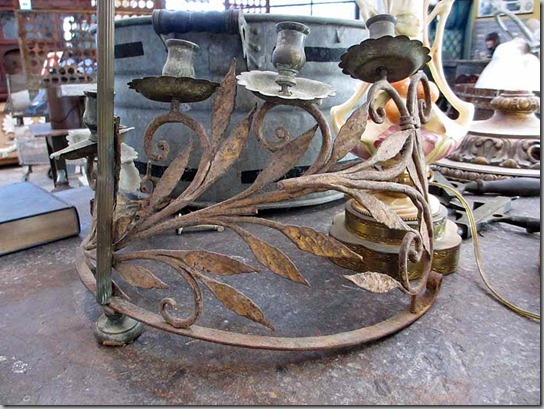 I hope it’s still around to use during the party later this month.

One of the most amazing pieces at Housewerks this time was this incredible dresser and a bed-frame. 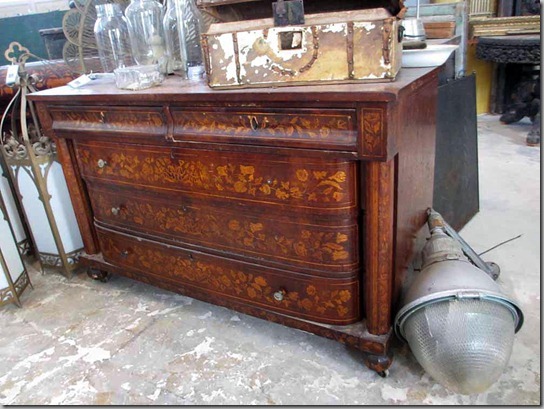 The dresser’s workmanship is so fine that the insides of the drawers are made from birds-eye maple, which is generally used for the main part of a piece. 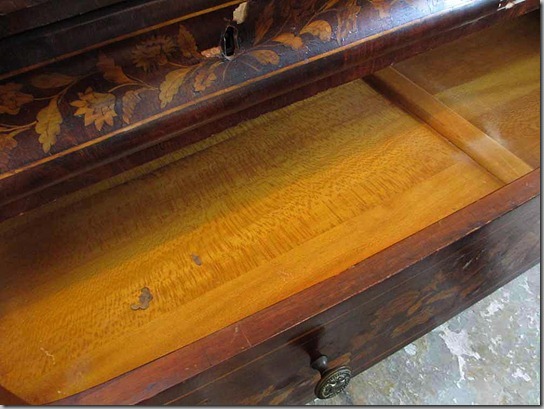 The inlay on these pieces is so detailed. 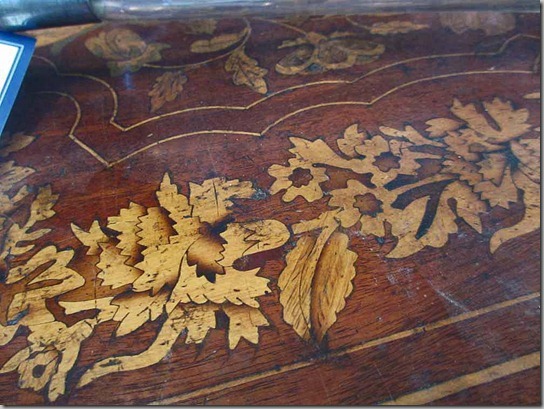 The head- and footboards of the bed are very unusually styled, 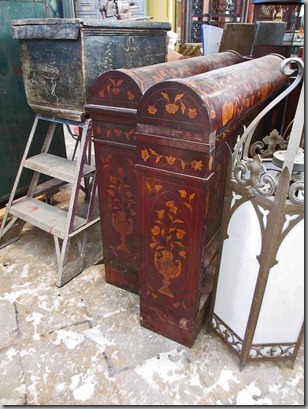 but would certainly be a statement piece in any bedroom.

And the reason I stopped by Housewerks? To drop off a crate for Tracey’s new little baby. 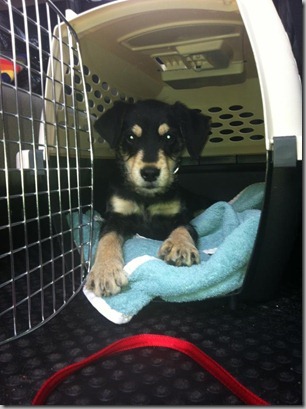