Christopher Justice, a professor at the University of Baltimore, reflects on his time in the deep, dark basement of his family home washing clothes and decoding his kids’ secret habits.

As the father of two teenagers, ages 15 and 14, I never thought I’d say this, but one of the greatest joys of fatherhood has been washing their laundry. Before you call your local child services agency, let me explain. Let’s rewind about 10 years.

I’d like to think ours is a “modern” household where, like many contemporary families, my wife and I split duties in unconventional but equitable ways. Sometimes we shatter gender stereotypes; sometimes we reinforce them. Nevertheless, most of our household chores are done in this diplomatic manner. I do the laundry—everyone’s laundry, week after week after week.

Our washer and dryer are in the basement, so apparently, one reason I’ve become the Chosen Washer One is because I’m the only person in the house capable of carrying heavy loads of clothes down those hellish stairs. Or at least that’s what they tell me. I don’t know how they explain the other piles of stuff down there because I didn’t bring them down, but that’s another story. Even Dante would be proud given how graphically they’ve described this steep descent into our basement.

However, after about 9,873 loads of wash, I finally experienced this long-awaited epiphany: You really can learn a lot about your children by doing their wash. A lot! More than I sometimes care to admit.

You see, my children are members of that rare species of child who peels their clothes off as if every article of clothing was glued together. Every item—shirts, pants, socks, underwear, etc.—seem to merge and cling to one another. I swear they’re glued by some magical, sweaty kid ointment. Perhaps you know the kind.

This matters because, well, guess who gets to peel those clothes apart? Me, Chosen Washer One, the designated Laundry Man, which gives me an up-close and personal encounter with not only their clothes but their lives.

Over time, I’ve come to relish these encounters as much as I dread our basement steps.

Apparently, one time in a galaxy far, far away, my son was eating raisins with chocolate icing on them. Rumor has it they taste better after a few days…

Wow, I didn’t know my daughter was listening to Neil Young. Is that normal for a seven year old?

Well…it appears one of them isn’t quite potty trained yet!

Ummm…honey, should there be live crickets in these pockets?

Huh! I didn’t know Slim Jims were green. Or is that mold?!

I have no idea what this thing even is, but it IS moving!

Honestly, I’m waiting one day to visit the washing machine and find Bigfoot or the Loch Ness Monster down there.

You get the idea.

Doing the laundry has also netted a host of other treasures: the occasional letter from a friend telling one of my children how much he or she is appreciated; the periodical note from a teacher praising them for their schoolwork or kindness; the missing Lego piece that even the FBI couldn’t locate (the irony, of course, is that it was in my son’s pocket, the person most dedicated to finding it).

By doing the wash, I’ve realized the human body has a peculiar way of speaking. For example, like many dads, I was never really sure how to talk to my daughter about her first period (or any period for that matter), but doing the wash was the best preparation because at least I was forewarned and could prepare if the topic arose.

You don’t realize how fast your children are growing up until you smell their laundry and, suddenly, the glorious aroma of adolescence punctures your nostrils. Phew! Yet somehow, I must admit…body odor never smelled so forgivable.

Or, when the strange, tiny holes in your son’s T-shirts, near the front neck, are explained: apparently he gets anxious when playing video games and bites his shirt. Uhhh…I think it’s time to dial back the video game playing buddy.

Or, that moment when you suddenly realize your daughter is wearing a bra. Wait, I was just changing her diapers!

Awkward? Yes. Humbling? Yes. But what about parenting isn’t? Raising children is never easy. There are no maps or blueprints. The road is riddled with mistakes, fumbles, and awkward moments. Oddly, doing the laundry can help you navigate them.

However, I must admit, my wife and I very recently switched some of our household chores. She’s officially doing the laundry now despite the stairs. Apparently, I’m not very good at folding clothes, but I am really good at unfolding them.

When he’s not teaching writing at the University of Baltimore, Christopher Justice is probably conversing with fish…or doing laundry. 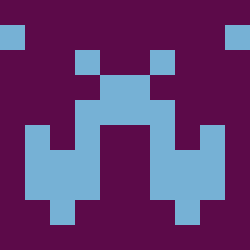