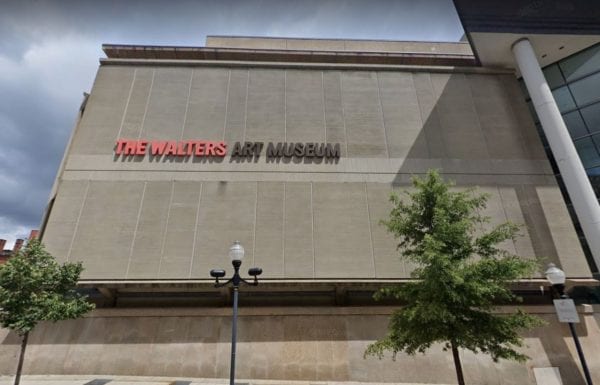 Instead of reopening this month as previously planned, the Walters Art Museum will remain closed to the public until early February as a precaution against COVID-19.

“As we watch the COVID-19 numbers with concern, we have determined that it is in the best interest for everyone’s health and safety to extend our closure,” director Julia Marciari-Alexander said yesterday in a message addressed to the Walters community.

Both the Walters and the Baltimore Museum of Art closed their indoor galleries to the public on the day before Thanksgiving and had indicated they would reopen in January. The BMA plans to reopen on Saturday, January 16, and its reservation system will reopen after January 11, according to its website.

She said the museum previously had made a commitment to increase pay by 2022 but decided to move up the date as part of its internal diversity, equity, accessibility and inclusion (DEAI) process.

“An important element of our discussions on diversity, equity, inclusion, and access has been about pay equity, so I am happy that we are able to move forward with raising the floor for hourly employees to $15 per hour,” said Julia Marciari-Alexander, Andrea B. and John H. Laporte Director, in a press release today.

“Raising the museum’s minimum wage is both a civic initiative within Baltimore and a nation-wide conversation grounded in the need to provide a real living wage. We are grateful to our donors, whose financial support has enabled us to make this investment in our employees and our community.”

The museum is using the extended closure to become a little greener, too.

Coinciding with the extension, the museum is converting one of its boilers to a steam system in partnership with Vicinity Energy, which is funding the project. The switch to a new system provides a more reliable source of energy and reduces the museum’s costs over the long-term.