March is the time to celebrate women, and this weekend brings plenty of chances. During Women’s History Month, International Women’s Day arrives on Sunday. Head to Hotel Revival for a chance to celebrate and support My Sister’s Place. Elsewhere, a pair of new businesses are already turning two, and the St. Patrick’s Day events are starting.

Friday, March 6
Suspended Turns 2: Through March 8 at Suspended Brewing Co. The Pigtown brewery will have special offers and pop-ups all weekend to celebrate its second birthday.

Harry Potter Movie Marathon: 3-11 p.m. at Heavy Seas Beer. Head to Halethorpe for as many “Harry Potter” films one can pack into 8 hours. And, there will be butter beer.

The DK Day of The Dude: 5 p.m. at Don’t Know Tavern. The Fed Hill bar celebrates The Dude with a “Big Lebowski” screening, $5 White Russians and more.

Macy Gray: 7 p.m. at Baltimore Soundstage. The neo-soul singer will be live for a fully-seated event.

Author’s Salon With Lawrence Lanahan: 7 p.m. at Charm City Books. The journalist and author of “The Lines Between Us” will read and discuss his book.

Music Under the Dome: 7 p.m. at Maryland Science Center. Check out the laser show while hits from The Cure, New Order, Talking Heads, Devo coast across the planetarium.

Save Your Soul: 8 p.m.-2 a.m. at Lithuanian Hall. The soul and funk dance party features guest DJs of The Thing With Two Heads.

3rd Annual The Day of The Dude: Bowling tournament and party: 8 p.m. at Reverb. Enjoy White Russians and a screening of the Coen brothers classic.

’70s Soul Jam: 8 p.m. at the Modell Lyric. The Stylistics, The Emotions, Heatwave and Blue Magic share a bill.

Niccolo Seligmann Trio: 9 p.m. at Normal’s Books and Records. Collaborators join Seligmann to combine string instruments and electronics ahead of the release of his new album, “Kinship.”

Made in Maryland Expo: 10 a.m.-4 p.m. at Howard County Fairgrounds. More than 100 vendors sell crafts, alcohol, jewelry, clothing, food and other items, all made in Maryland.

Highlights Tour: Women of Spectrum: 11 a.m.-2 p.m. at the Maryland Historical Society. To mark Women’s History Month and the 100th anniversary of the 19th Amendment, the museum leads a tour of its “Spectrum of Fashion” that highlights female role-models.

Author Talk: Petula Caesar: 2-3 p.m. at the Enoch Pratt Free Library – Orleans Street Branch. The local writer discusses her memoir, “She’s Such A Bright Girl: An American Story,” about growing up in Baltimore and her father who “encouraged her to use her light skin to gain advantages in the world.”

Bull & Oyster Roast 2020: 6 p.m. at Baltimore Museum of Industry. The Locust Point museum hosts the fundraiser for its education programming.

Elizabeth Hazen: 7-9 p.m. at Atomic Books. The poet celebrates the release of her new book, “Girls Like Us,” and reads some selections.

Squeezebox Superstars: A Night of Accordion Mastery: 8-10:30 p.m. at Creative Alliance. Billy McComiskey, John Shock and Friends, Simone Baron, and Rob Curto are playing all night, and the music’s all right.

The Edmonson Avenue Club Reunion: 9 p.m.-3 a.m. at 2135 Edmonson Ave. Terry Tee, Sean Marshall and Kenny K are all on the decks. 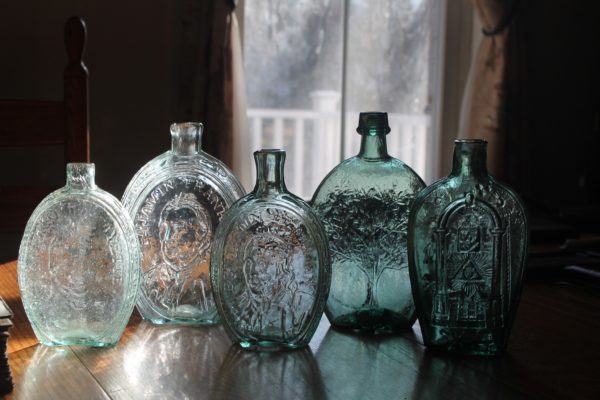 Rye’s Up: 5-8 p.m. at Kimpton Hotel Monaco Baltimore. The Baltimore Bartenders’ Guild event benefits the Cystic Fibrosis Foundation’s Maryland Chapter. Local bartenders will be serving up their own takes on rye cocktails.