When University of Baltimore MFA student Melinda Cianos suddenly realized she’d never shown her family how to serve themselves dinner, she felt called to instruct.

My father worked at Bethlehem Steel for 20-some years and my mother never finished high school. There weren’t conversations around the dinner table, or elsewhere in the house for that matter, about how and why I should attend college, so I didn’t. I started a family at 22 years old; I had more than enough to keep me busy so I don’t how not having a degree found its way in to start gnawing at me, but it did. I looked away from it until I was 34, at which time I thought, “I’m ready.” What I didn’t realize was that I might be the only one in my household who was.

“I’m so proud of you, hon,” my husband, Michael, said. “Not only going to school, but getting phenomenal grades on top of it,” as he surveyed the “A” paper that I had tacked to the fridge with the red heart magnets I’d bought at IKEA.  With the smile echoing on his face he asked, “So, what’s for dinner before you go to class?”

On autopilot I offered a suggestion while I grabbed a pen and yanked my notebook from beneath the stack of bills: “You could heat up the stew that’s in the refrigerator for you and the kids.”

“Honey, I’m not crazy about stew.”

Well, I’m not crazy about this arrangement. I knew this was how things worked in my house and I also knew my part in creating it: dinners on the table by 6 and lunches packed with little notes in pink marker: “Have a good day today!” For the most part I loved doing these things for my family, but maybe I’d gone too far. None of them ever had to think about how or what they’d eat–never had to plan a meal. I hadn’t enlisted their efforts, so don’t know what I expected. Oh, I know what I expected: for them to return a few favors. I couldn’t pull 12 credits and run the household without them. I thought they’d remember my dedication and generosity without my having to self-promote; I gave them the benefit of the doubt.

“Okay. Well, I’ve got only 25 minutes to get to campus, park, and make it to class, Michael. How about the leftover meatloaf and string beans that are in there?”

I thought about the Women’s Studies class I took a while ago. There was a chapter in the text titled The Fifties Housewife—we read it in class. The two young women sitting next to me shook their heads and one whispered to the other, thank God we’re past all THAT. I wanted to shake my head in agreement, maybe mouth the words, “Damn right!” but I didn’t feel qualified to do so.

There was an apple in the fruit bowl that wouldn’t make it two more days sitting on my kitchen countertop, so I moved it into my pocket for later, clutching it against my palm, my fingers pressing in on a firmness that I knew could withstand my grip. “Umm…do you think you could do that tonight? Put it on plates? It’s really not a big deal, very easy to do. Heat it up in the microwave?”

And damn if they didn’t. When I walked through the door at 9:30 p.m. there they were, hanging out in various rooms in virtual dinner-limbo. They peered up from science projects and the television with forlorn expressions, like they were dying of thirst but waiting for me to unscrew the cap from the canteen. I had a hand in fashioning this neediness– I got that–but it had to stop.

I knew I was cutting into my paper-writing time when I took on the question, Oh my God, what have I done? But I couldn’t help it. Did they need me to remind them that I had sliced oranges and stitched elastic into Halloween costumes for nearly two decades? He’s got to remember the mornings I spent, alone, paying bills and bookkeeping because he said that wasn’t his thing. I never told him that it wasn’t mine either. There was a tally in my head—there shouldn’t have been, I know. Their column was dense, like a forest. My column looked sad; it had three or four lonely twigs standing upright, and I think I now understood that no one but me would be to blame if I didn’t start adding some timber. Speak up.

I slammed four forks and food-filled plates on the dining room table with enough force to jostle several string beans to the floor. I could have opened my mouth, offered an apology, but I didn’t. My son reached over to pluck the green beans from the floor and on his way back up said, “Geez, Mom. What’s wrong? You look upset.” He noticed, and so I guess I can put one strike in my column. They stopped chewing and looked in my direction; I took that to mean they were preparing to hear what I had to say. 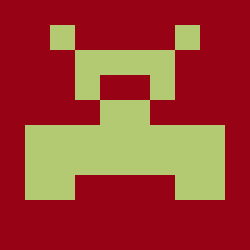