Courtesy of Citybizlist – Ron Schmelzer rocked Ignite the other week, showing all in attendance how cool failure can be. Basically, if you don’t know how to fail, you’re never going to know how to succeed. So I sat down recently with Ron to sort through how to fail the right way…

A Night At Ignite: So I have known Ron for a while, like what he is up to at Bizelo, and a bit about his successes before he arrived in Baltimore, but I didn’t know him as the guru of all that is good in failure. At least I didn’t discover that until sitting with over 300 other folks at the most recent Ignite evening at the Walters, where he was the lead off presenter, extolling the virtues of failure.

Lessons Learned: Ron’s premise is simple enough, those who will succeed “learn from failure fast.” Those who struggle, similarly, “are really bad a learning from failure.” But human nature being what it is, once you realize that failure is a real possibility, we often feel trapped, sort of the entrepreneurial version of deer in the headlights. Ron smiles, “we can’t be afraid of failure.” “The more I expect… embrace… really desire failure, the better I will be.” Drinking the Kool-Aid yet?

Read the rest of the story at citybizlist.com 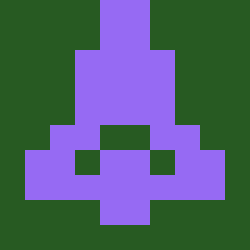