Attorney Matthew Crowley was born in Northern Virginia, where he has practiced law for over a decade. He covers cases ranging from felonies to traffic offenses.

Recent radio ads urged listeners who see a dog left inside a parked car to break into the vehicle to set the animal free “by whatever means necessary.” But is that legal? Maryland law clearly allows such action in certain circumstances, but in other situations, it’s unclear whether someone breaking into a vehicle to “rescue” a dog or cat is a hero or a vandal liable for damage or trespass.

Maryland is one of a minority of states that has specific laws on the books making it illegal to leave pets in a hot car. Specifically, Maryland Transportation Article § 21-1004.1 prohibits leaving “a cat or dog unattended in a standing or parked motor vehicle in a manner that endangers the health or safety of the cat or dog.”

In addition, the law allows someone to use “reasonable force” to be used to free the animal from the vehicle if the person acting in that capacity is a law enforcement officer, public safety employee, animal control officer, or professional or volunteer fire and rescue personnel. In other words, certain individuals employed or otherwise sanctioned by the government may break into a vehicle to free a dog or cat without being considered liable for damaging the vehicle.

But what if the individual using reasonable force to free the animal does not fit into the specified category? Article § 21-1004.1 does not prohibit private individuals from taking such action, but it does not provide the immunity from liability that public health officials are given. A bill introduced in the Maryland Senate last session would have expanded the immunity to members of the general public.

According to WAMU, supporters of the bill argued that it could take too long for professionals to respond to a call for help, since a dog or cat in a hot car can die within 10 minutes if the temperature outside is more than 90 degrees. (Bush, Matt. Just Who Can Save A Pet From A Hot Car? Maryland Bill Expands Power To Everyone.” WAMU88.5 (www.wamu.org)

Others however, testified against the bill, including one animal welfare volunteer who told the Senate Judicial Proceedings Committee that she thought professionals should be called in to make a determination as to whether an animal in a vehicle is in distress. When posed the question of what to do in a case where a dog or cat is in danger and professional can’t arrive in time, however, she said she would go ahead and rescue the animal and “worry about paying for the damages later.”

The bill did not make it out of committee this year so the law still only provides immunity for professionals who break into vehicles to rescue animals in distress. So what happens in a situation where a private individual takes action to save an animal believed to be in distress? It would be up to a judge to determine whether the individual should be held liable for any damage sustained during the rescue. An experienced attorney for either the party breaking into the vehicle or the owner of a vehicle damaged during a break-in could make a good argument that they were acting within the law. 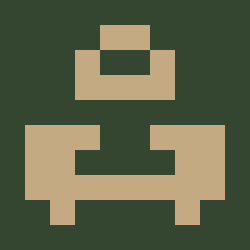