A few days after my Uncle Steve died, my dad brought home a brown paper bag from the apartment where single, childless Steve had lived for 17 years. It was soggy and heavy with coins. He dropped the bag on the coffee table mumbling “your inheritance.” My cousins, siblings, and I paid it no attention until the conclusion of whatever television show we were watching, and then my brother, Andy, peeked inside and wondered how many dollar bills those pennies would add up to—pennies could add up to anything. He drove to the Weis with the coin machine in Damascus and I came along. They added up to $38.00, $3.80 per niece and nephew.

It felt like the 100-percent polyester version of funerals. Itchy and mustard yellow. There were deviled eggs with too much mayo. It felt tight. It was small. My granny was shredding a wrinkled tissue between her fingers and nodding a lot. Only a pastor spoke. There were 20 or so folding chairs.

Other things my dad found in Uncle Steve’s apartment.

Stacks of VHS tapes. VHS tapes wrapped in plastic, unwatched, piled in the middle of rooms and on the top of the microwave. Stacks of magazines, too. Time. Life. “Top 10 Most Beautiful People in the World.” Seemingly untouched and unread. Mail everywhere. Bills. Stuck in couch cushions. By his toothbrush at the sink. A closet filled with multiple copies of the same retro polo, of the same navy dungarees, tags still attached. A few thick braided black belts hanging like snakes among the garments.

“Who has me for gift exchange this year?” I asked one year as my mom wrapped presents on her bedroom floor. “Your Uncle Steve,” my mom replied. I stopped mid-groan at her look, and instead said too brightly, “Another children’s dictionary—my favorite!”

As a 25-year-old, I have four different children’s dictionaries on my bookshelf. Uncle Steve pulled my name for four out of five family gift exchanges, before we stopped the tradition to save money.

What Andy remembers about Uncle Steve.

He loved brownies. He always had a runny nose.

At some point during my Uncle Steve’s life, he began carrying a comb with him and shaking it in his hand when standing or sitting still. That’s when my family thought maybe Tourette? One time, he left the comb on the kitchen table and proceeded to the couch. Seven-year-old Andy noticed Uncle Steve had left his comb behind—he grabbed it and ran it to him. “You’ll need this,” he told Uncle Steve.

How my Uncle Steve died.

Gramps, Uncle Steve’s dad, my dad’s dad, did not believe in weakness of mind. My Gramps had a large, round belly, filled with dumplings and Bit-O-Honeys, and a loud laugh. He wrote my granny over 500 letters during their courtship. He stroked a fish’s gills before gutting it. He ate peanut butter on a spoon with an apple for lunch every day. He hugged for a really long time, always had good advice, and usually had a clinky glass of bourbon in his hand. But he did not believe in psychiatric disorders. So when some suggested my Uncle Steve was developmentally disabled as a young child, Gramps did not listen. He would not take his son to the quacks, as he called them. He did not believe Steve should be placed in any special facility nor should he be taught at a special school—nor should he be treated any differently from his other three sons.

The only things I remember about Uncle Steve.

His loud mouth breathing. How his long fingernails would glide into the ranch dip when dunking a piece of celery. The slow way he would slide his pewter-shaded, plastic glasses back up to the bridge of his nose. His hand shaking. The four children’s dictionaries. The bronze baby shoes at my Granny and Gramps’s house, standing on a slab of marble, with the inscription, “Our Baby, Steven Leonard Walters, 1947.” How everyone in my extended family has always called my sister Kate, Kate. But Uncle Steve called her Katie.

Something my dad told me about Uncle Steve.

My Gramps put a handwritten sign next to Uncle Steve’s phone in his apartment that said, “Do NOT say yes!” Uncle Steve could not say no to salespeople.

As I knew him, my Uncle Steve had black hair, peppered with silver. It was thick and greased into a rat-pack flip. He looked so vintage, with his stripey polos made from that 70s-thin t-shirt material. He had a mustache and patches of unintended stubble on his cheeks. He wore his pants up past his belly button. He rarely blinked his eyes.

He never went to college.

But he did serve in the Navy during the Vietnam War. He worked in the supply department. Maybe he stacked boxes of supplies.

What my mom found in Uncle Steve’s apartment.

Dead light bulbs still twisted in fixtures. He did not replace his light bulbs. There was not one working light bulb in his apartment, except the light above the oven in the kitchen. She thinks he used the TV’s glare and a flashlight in the bathroom when it got dark in the evenings.

One evening as four young brothers sat at my Granny’s dinner table, Steve started laughing, unprompted. Hard, happy, and genuine. My dad asked his mom for a funny hamburger like Steve’s. He was always in his own world, my dad said.

A moment at the funeral.

A mother should never be alive for the death of her child, said a distant relative to my dad.

The day he died.

He died on my sister’s 22nd birthday: January 9, 2004. My Granny had just driven from the hospital, from visiting him, to celebrate Kate’s birthday. She was with us 10 minutes before my dad picked up the call from the hospital, and then she left again. I remember feeling sad for her, for my dad. I remember feeling bad I didn’t feel sad about my uncle’s death. I remember wishing I was sad, hoping for Hollywood sobs and back rubbing. I was 15 at the time and certainly mature enough to feel sad about an uncle’s death, but I didn’t feel sad. I remember wondering if Uncle Steve’s funeral would interfere with our trip to Disney World the following week. It did not.

On the way to the coin machine.

At a stoplight 10 minutes into the drive to the coin machine, the woman in the SUV behind us opened her door and jumped from her car, waving her arms at us. The woman got close to Andy’s window and said there was a brown bag just sitting on the top of our car.

Mary Walters lives in Baltimore with her cat, Strega Nona. She is an MFA student in the Creative Writing and Publishing Arts program at University of Baltimore. This is her first published essay. 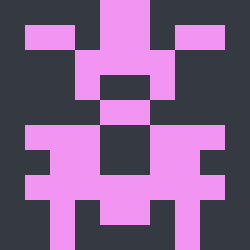