“We just had such great teachers,” she says, when congratulated on the resounding success of the first annual Writers in Baltimore Schools’ Young Writers Studio in Frederick, Maryland.

Hutton, along with four counselors, all of whom were former teachers and writers, spent a week in the woods coaching fourteen Baltimore teenagers as they read, wrote, revised, and polished their own creative epics. (At least three are sprawling sci-fi fantasies that could easily be separated into trilogies.)

“And such great kids,” she continues, downplaying her role in taking the kids from typical teens to aspiring authors.

Yet as the founder of Writers in Baltimore Schools, a local nonprofit that gives quality creative writing instruction to students in low-income schools, Hutton, 26, has been the driving force behind turning adolescents on to writing.

This not the first time Hutton has tried to make a difference. While an undergrad at Johns Hopkins, the Writing Seminars major worked with social justice groups like STAND (a student anti-genocide coalition) and the Refugee Youth Project, eventually applying to Teach for America as a senior. Despite being accepted into the highly-selective program, Hutton turned it down, choosing instead to focus on introducing an enterprise that would combine her love of writing with her penchant for social change: a creative writing program for students in Baltimore city public schools. Hutton used her Open Society Institute Fellowship grant to kickstart the program, and has been aggressively fundraising ever since, relying on support from individuals and organizations such as the Johns Hopkins Neighborhood Fund and the Maryland State Arts Council.

As a student in Wichita, Kansas, Hutton loved fiction and poetry, and counts herself lucky to have had teachers who stressed creative writing.

“Creative writing assignments were the only things that I gave my whole self to. No other work elicited that type of personal investment,” she says. “I wanted students to feel that same ownership of their own work.”

Personal investment and ownership are the core tenets of Writers in Baltimore Schools, which began as a pull-out program (students are “pulled-out” of class to participate) in Margaret Brent Elementary, Barclay, Guilford, and Waverly in 2008. The program supplements the schools’ language arts curriculum by focusing on the elements of creative writing:  plot arc, character development, descriptive writing and more. In the early days of the program, students interested in writing could volunteer or be recommended for pull-out enrichment, and the small classes gave students in overcrowded classrooms their first taste of individualized attention.

“I wanted to fill a really specific gap that I saw in the education system,” Hutton explains. “There are a million gaps, but this way I can work to fill the one that I see as most pressing.”

As the program matured, Hutton realized that the gaps were not just in thinking creatively, but also in the fundamentals of writing.

“We cannot, in good conscience, let kids go through our program without stopping and working on basic writing skills.” What began as a solely creative endeavor was soon delivering lessons on sentence structure, grammar, and strong adjectives.

Though the first sleep-away Young Writers Studio was filled with creative sessions on “World Building,” “Ghost Story Writing” and “Meditation and Writing,” there was also a hefty dose of grammar instruction, culminating in a high-level workshop called “Grammar for Writers,” in which students learned to distinguish between different types of sentences (active v. passive), as well as how to vary and strengthen sentence structure — a skill their English teachers appreciated, Hutton says.

In fact, she has built strong relationships with many of the English teachers whose classes she supplements. Though her approach is different from traditional classroom methods, she shares a goal with Baltimore’s English and Literacy teachers: to make students better writers. To that end, she has expanded the program from pull-out for a select few to enrichment for the entire class. Though pullout and after-school sessions are still available, Hutton worked extensively with eighth graders at Mt. Royal Elementary/Middle, supplementing English instruction with whole-class creative writing workshops.

But the beauty of WBS is that it is not a formal, academic program with a head teacher. During pull-out, after-school tutoring, and summer programs, students call their young instructors by their first names, signifying that this is not a classroom, but a workshop. The relaxed atmosphere, Hutton stresses, helps students feel open to expressing themselves. “[The program] must be a safe space for students to read and review one another’s work.” Safety is a real concern for these young writers, many of whom come from Baltimore’s toughest neighborhoods.

Indeed, the city is an everpresent character in the students’ writing. WBS’s recent anthology, “Baltimore Tales,” which featured students from first through eighth grade, was studded with references to violence, poverty, drugs, racism, and teenage pregnancy.

“We wanted to keep those things,” Hutton remarks, “and not sanitize any of our students’ experiences. The space that these kids occupy in their spare time is filled with drugs and violence, and the kids continue to live and write about their childhood in that space.” WBS — and the sleepaway Young Writers Studio — is a refuge from that, a place where students can use writing to explore the dark themes and behaviors they see around them.

The five-day studio culminated in a reading at the Terra Café in Charles Village. Despite the rain, students’ families packed into the tiny corner coffee shop to hear their children read from what they had been working on all week. Hutton’s vision was realized: the young writers had stuck with their stories, through writer’s block and endless revisions, and taken control of their own projects. They began with an idea, and finished with a tangible product, one they could confidently read aloud to families and see printed in the forthcoming WBS summer anthology. WBS itself began in the same way: with a vision. Reified and expanded, there is no telling what else it will do for the students and young writers of Baltimore. 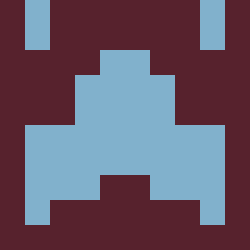