Susan Kushner Resnick will be in town tomorrow night, Tuesday October 2. for the release of her memoir about her life-changing friendship with scrappy, charming Holocaust survivor, Aron Lieb. You Saved Me, Too: What a Holocaust Survivor Taught Me about Living, Dying, Fighting, Loving, and Swearing in Yiddish has received starred reviews in Publishers Weekly and Kirkus, the most coveted pre-publication notices, and now has been selected as Top Launch to Watch for this week. Because her daughter is at Hopkins and she has close friends in the Baltimore literary community, Resnick agreed to come from her hometown of Boston to celebrate her publication day with a reading and booksigning at the University of Baltimore.

Resnick met Aron Lieb at her local pool one day in 1996; 15 years later she was at his deathbed, fulfilling her promise to him that he would not die alone. You Saved Me, Too relates the alternately dark and sweet tale of their friendship. Lieb, a native of Poland who was held captive by the Nazis and imprisoned in a number of concentration camps, was liberated from the camps in 1945 and came to America in 1949. Of the eight people in his immediate family, only he and his brother survived the war. Into this void came Resnick and her family.

Resnick teaches creative nonfiction at Brown University, and is the author of two previous books, including the award-winning Goodbye Wifes and Daughters and a memoir of postpartum depression, Sleepless Days.

Can you shed a little light on your inspiration for the jumps forward and backward in time throughout the story? You also include some unexpected elements, like a letter you wrote to Dunkin’ Donuts when they discontinued Aron’s favorite flavor. Why did you choose this style?

I chose to start the story with my drive to Aron’s deathbed, then jump between that day and our shared and individual pasts because I hoped it would increase the drama. The reader won’t necessarily be asking will he die?, but I hope she’ll wonder how and when and why my presence at his deathbed is so important. Writing chronologically sometimes works beautifully, but sometimes it can get dull.

I keep thinking back to the passage about your long-standing obsession with the Holocaust and your visit to Dachau. Something in that visit seemed to set you free, to “shake something loose,” as you put it. Can you say exactly what you were shaking loose and what it was about visiting Dachau that freed you?

I guess what I’d shaken loose was my terror of the Holocaust. Suddenly – and for reasons I can’t explain – though I dreaded going to a concentration camp and often felt anxious while hearing or reading about the Holocaust, all the fear vanished when I was there.

Of course, the many facets of your relationship with Aron are interesting, but one that I’d like to ask you about is the underlying romantic tension you allude to in the first part of the book. You said your husband loved Aron, but was there ever any awkwardness with him because of your “crush”?

Not at all, because there was never any real possibility of a romance blossoming. After Aron died, however, my husband said that Aron’s frequent threat, “If I was 30 years younger, you’d be in trouble” was more true than I’d realized.

Many times in the story, you mention that you had trouble coming up with what kind of book you would write about Aron. How and when did you settle on this memoir as a way to tell his story (and by proxy, yours)?

After years of trying to figure out how to tell this story, the structure just came to me as I was driving to Aron’s deathbed. I realized that our relationship was about to end, which I’d feared for a long time because I didn’t want to know what the world would feel like without him in it. That’s when I realized that the story was as much about how he had changed my life as it was about anything else.

Since you wrote the book directly to Aron, what do you think he would say if he were able to read the finished product?

What a great question! I think he’d just say, “You too, Baby.”

Join Susan Kushner Resnick at 7:00 PM on Tuesday, October 2nd at the Bogolmony Room at the University of Maryland Student Center (@Mt Royal and Maryland), 5th floor, for a reading of her book followed by a reception. 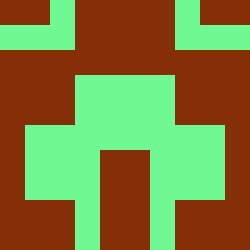