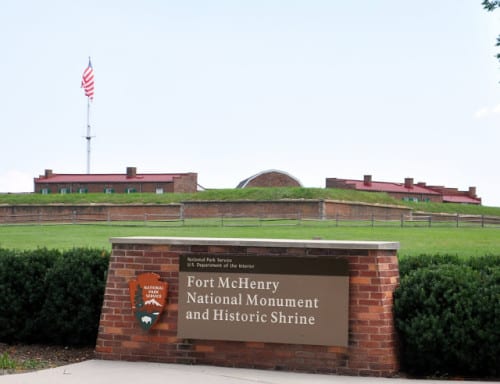 Young also expressed his concerns that Baltimore residents may be more encouraged to leave their homes after seeing Trump doing so.

“If they see the president going out for a nonessential task, why can’t they?” Young said.

Gov. Larry Hogan lifted the statewide stay-at-home order last week, but he left it up to local jurisdictions whether they would participate in the first phase of the state’s recovery plan.

Young decided to keep the Baltimore’s stay-at-home order in place, saying the city does not have the capacity to test for COVID-19 to safely start bringing back non-essential businesses.

If Trump keeps Fort McHenry in his Memorial Day plans, Young said the Baltimore Police Department has a duty to provide security during the president’s visit.

Police Commissioner Michael Harrison added that BPD is working with the U.S. Secret Service to ensure that Trump will have security during his trip to Baltimore, but also that the city as a whole will be safe.

But Young added those security services will come with a “big price tag,” and he said police officers could be better used elsewhere.

“We need our officers to be patrolling our streets and making sure that people are following social distancing and that these businesses that should not be open are not open,” he said. “We don’t need to be spending our resources for the president who is coming here under my orders to stay at home. I think he’s violating the law.”

Heading into Memorial Day weekend, Baltimore City Health Commissioner Dr. Letitia Dzirasa urged people not to host or attend holiday cookouts with anyone who they do not live with.

“Large gatherings in the absence of a vaccine with disregard for social distancing and face cloth coverings is one of the most effective ways to spread the disease, strain our hospital resources and dramatically increase our case counts,” she said.

Harrison said BPD officers are preparing to address any violators of the city’s stay-at-home and social distancing orders.

Each police district in Baltimore has developed a weekend crime plan, and BPD’s social club task force will be investigating and enforcing restrictions on businesses, Harrison said.

As of Friday morning, Baltimore City has at least 4,492 confirmed coronavirus cases and 213 confirmed deaths due to COVID-19.

Marcus Dieterle
Associate Editor at Baltimore Fishbowl
Marcus Dieterle is the associate editor of Baltimore Fishbowl. He has returned to Baltimore after working as the deputy editor of the Cecil Whig newspaper in Elkton, Maryland. Before that, he served as the editor-in-chief of The Towerlight. Marcus graduated from Towson University in 2018 with his bachelor's degree in journalism and political science. He can be reached at [email protected]