When we launched Baltimore Fishbowl over 10 years ago, it was all for the stories (I had no idea I was actually starting a tech company)!  Looking back over the past decade, we’ve had some great ones: some serious, some funny, some quirky, some strange. Together they illustrate the texture of this oddly unique city. Thank you for reading and for making us part of the Baltimore media firmament.

An Inside Look at Johns Hopkins Med School Admissions

This story by then Associate Editor Rachel Monroe (who is now a contributing writer at The New Yorker) drew attention from medical schools around the country. The mysteries of elite medical school admissions never cease to fascinate. 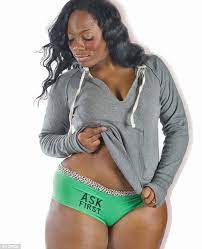 Two Baltimore feminists, Hannah Bracato and Rebecca Nagle, set up a fake Victoria’s Secret website and launched a line of consent-themed underwear with slogans like “No Means No” and “Ask First.” Rachel Monroe’s 2012 interview with the two locals was our first story to go viral with over 400,000 views.

Worst Marylander of the Week Award: The Deranged Sorority Girl

The email in which a University of Maryland student admonishes her Delta Gamma sorority sisters for being “Literally so f*** awkward and so f*** boring” brought the enfant terrible Internet fame. Writer Rachel Monroe crowned the girl the “worst Marylander” and the fracas resulted in her resignation from Delta Gamma. 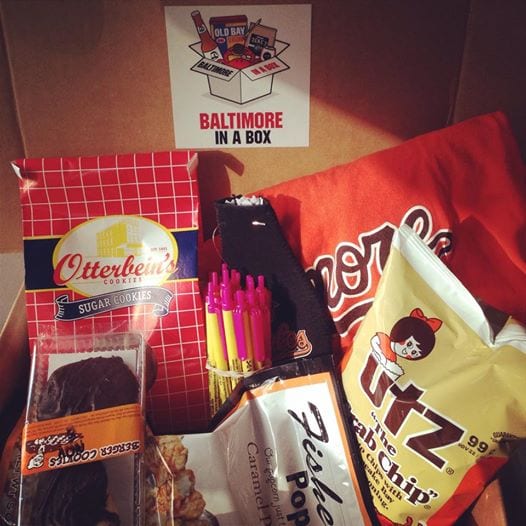 We know you’re out there, Baltimore ex-pats. The announcement of the ready-made care package spread local love well beyond the beltway. Along with being a great idea, the execution was also on-point, down to the Big Boyz Bail Bonds pens.

Under Armour plans to create its own neighborhood

The number one post of 2015 by then senior editor Rachel Monroe detailed plans by Under Armour to make Port Covington into a micro-city with a whiskey distillery, a (possible) horse farm, and company headquarters.

Ed Gunts’ scoop on a health scare for Baltimore filmmaker John Waters garnered the largest number of views of any story, despite being published with only four days left in 2016. Waters was hospitalized with a case of kidney stones after returning from an 18-city comedy tour. His ailment caused him to miss his own Christmas Party on Dec. 23.

Gossip outlets and international tabloids, including Page Six of The New York Post and The Daily Mail (U.K.), picked up the story.

When seven members of a plainclothes, ballistics-focused unit, the Gun Trace Task Force, were indicted on federal racketeering charges, it grabbed our readers’ attention. The officers were accused of a range of offenses, from stealing drugs, cash and guns from suspects and civilians alike, to trafficking in drugs and guns, to falsifying their hours to log extra time or overtime.

The scandal spawned the book, We Own This City: A true story of Crime, Cops, and Corruption by Baltimore Sun crime reporter Justin Fenton. The book has been made into an HBO miniseries slated to drop sometime next year.

Ethan McLeod, Andy Friedman and Brandon Soderberg’s deep-dive, data-driven story that showed that Black Baltimoreans were disproportionally being arrested for cannabis despite decriminalization remains one of the most important stories ever published on Baltimore Fishbowl. One month after we published the story, Baltimore State’s Attorney Marilyn Mosby announced her office would stop prosecuting people for possession of marijuana.

Mary Bubala let go from WJZ-TV after question about race, gender and leadership of mayors

Mary Bubala, at the time an anchor for WJZ-TV, asked radio host and Loyola University associate professor of communication and African American Studies Karsonya “Kaye” Wise Whitehead: “We’ve had three female African-American mayors in a row—they were all passionate public servants, two resigned, though. Is it a signal that a different kind of leadership is needed to move Baltimore City forward?”

Does the same question apply when white, male public officials fail in their leadership?

After a public outcry, Bubala was dropped from WJZ-TV. Three months later she was hired by WBFF Fox-45.

Of course, COVID-19 was the biggest story of 2020, overwhelming with little else to talk or think about. Marcus Dieterle’s story about the five zip codes with the most cases sent readers clicking to see which city neighborhoods were on the virus’s hit list.

John Waters turns 75 today and he’s not slowing down

A story about the city’s beloved icon returns as a reader favorite for 2021. Ed Gunts’ interview with the filmmaker on the occasion of his 75th birthday was the number one story for 2021.

To view the rest of the top stories of 2021, click here for our year-end review by Laura Stewart.