When University of Baltimore MFA grad Elisa Estrella returns to a botánica for the first time in years, she’s nervous as can be. She remembers feeling faint in just such a spiritual space as a child. As an adult, she’s desperately seeking change, so she steps inside.

I moved to Baltimore for a new job in the summer of 2008. About one month after I started work, the stock market crashed, and four months later, so did my new job. Thanks to a referral from a friend in my business network, I got a job working for a small federal contractor in the DC area. It meant a long commute from Baltimore and significantly less pay, but I was desperate.

I was hired as a communications manager and supported work on a government contract. I remembered thinking how lucky I was to find a job quickly after being laid off. I had always wanted to run my own business and thought I would learn a great deal from the successful businesswoman who’d hired me.

I quickly learned that, while I wasn’t wearing a military uniform, working for a government contractor felt a lot like being a new private in a strange army. In many ways the early days seemed like a punishing boot camp. I was a curiosity to the owner of the company who was fascinated by my Latino background and my looks. Every day, I was examined from head to toe. I was told to pin my shirt, even though it wasn’t low-cut, or lower my skirt, even though I was sitting comfortably at my desk.

Because I pulled my hair straight sometimes and other times wore it curly, my boss became fascinated. One day, the owner even went as far as to come into my cubicle and stick her nail tip into my scalp to see if I had weave tracks. Every time I spoke, she would say, “Say it in Spanish,” as if I were her parrot. Day in and day out, I faced stereotypical comments about being illegal. She asked me over and over whether I was born in the States or in the Dominican Republic.

She even asked me to dress up like a Flamenco dancer during Spanish heritage month. When I walked into the office in my red halter dress, a rose stuck in my hair bun, I knew I had reached the bottom of my career. I wanted to quit, but I kept sticking it out because I had no other choice.

One day, when I was feeling particularly beat, I reflected on all the negative changes that had occurred since I’d moved. I had lost my job and one of my rental houses due to the economy, and then there was this unpleasant job. I felt alone and I missed my mother. She had died in 2007. If Mami were still around, what advice would she have for me? I laughed as I thought about her typical response: “You need to change your luck.” Or “Someone wishes you harm, you need to protect yourself,” and she would pull out some kind of stone—like the tiger’s eye—or suggest taking a spiritual bath with the little blue ball that is said to remove negative energies from your body.

So I decided I needed a spiritual bath to lift my spirits—ASAP. When I was a young child, my mother prepared spiritual baths for me all the time. I loved the fragrance that emitted from the big pot of hot water where she mixed ingredients, like patchouli, mint, and rose. She’d pour the mixture over my head as I stood in the bathtub.

I had to find a botánica for the ingredients, but where? Weren’t botánicas limited to cities like New York and Miami where large Hispanic populations created a demand? I was both surprised and nervous when I located one in Baltimore, Botánica Chango on Broadway in Fells Points. I was surprised because I didn’t think the Hispanic community in Baltimore was large enough to support the store. I was nervous because of what happened the last time I went to the botánica in my old neighborhood in Brooklyn.

Because people go to botánicas when they are deeply troubled, the spaces sometimes leave a spiritual imprint or residue. It is similar to, let’s say, going to a doctor’s office during the cold and flu season. You may have been going in the office only to drop off a payment, but you walk out of there with all of the bacteria that was in the air and on everything that the sick patients touched.

I had a similar experience when I had gone into the shop with my mother one afternoon when I was 12. I didn’t know what was happening to me at first. It felt like someone had set a 50-pound barbell on my shoulder. It slowed me down until I almost fainted. The shopkeeper told my mother I should wait outside—I was too spiritually sensitive to be in the store. Each time I went in, the symptoms got worse, and finally I stopped going. But I told myself that it had happened years ago, and that I could handle it now if this botánica had a similar effect on me. Besides, I wanted the spiritual bath.

It took me a few minutes to summon up the courage to walk into the store. Life-like statues of dark-skinned men carrying large wood staffs looked directly at me from the storefront window as if to warn me to stay away or to enter at my own risk. The doorbell jingled and announced my arrival. It was several degrees cooler in the brightly lit store; I felt the cold air hit my warm skin making the hairs on the back of my neck and arms stand up. The smell of sweet sandalwood incense filled the air as Mark Anthony’s rendition of the spiritual song Aguaníle played overhead.

To the right, more statues greeted me: St. Lazarus and St. Francis of Assisi, Laughing Buddhas, Money Buddhas, fairies, dragons, Indians, and Africans—oh, and a black rag doll in a gingham dress seated on wicker rocking chair. High on shelves above me, large blue and white vases were covered with lids, as if they held the remains of dearly departed.

Things had changed since I was a child. This store was certainly more organized and brighter than I remembered botánicas being. I stood in front of a case of white sage. The sage had been wrapped in twine. I picked it up and took a sniff. I had heard that white sage is used to clean the air. I was drawn to it. Yes, I decided impulsively, I would buy a couple bundles and bring them home. I wanted to use it to clear the space in the office and in my apartment.

I was in the grip of the store’s energy and was no longer nervous about shopping. Instead, sweet memories of my mother and my godmother popped into my mind. It was such a gift to grow up exposed to rituals that could, if you had faith, bring you closer to God, remove negative energies, and help empower you to deal with your fears.

I continued to walk through the aisles. Just curious, I said to myself, but I was searching for the dried plants for the bath. There were crystals and amulets for luck, fresh tobacco for offerings. There were bags and bags of unstrung beads. There were candles, lots of candles:  blue candles for inspiration, orange to bring about significant change, yellow or gold for fortune, black to absorb or remove negativity.

Then I spied the dried flower packets for baths. The packets were organized by category. Did I need a bath to change my luck? Find love or remove bad juju? Which should I choose? The one with nine plants, or the one with 21?

Directions: Bring a cauldron of water to boil, add packet; steep and let cool; pour in the bath. I wished I could smell the flowers; I would know from the scent which to buy.  I picked the option with a whopping 21 flowers. That should cover it! I also purchased a bottle of Agua de Florída, which was another ingredient for the bath.

The storekeeper was a woman dressed in white with gold-framed glasses. We exchanged a smile as she rang up my items. I notice several machetes behind her glass tabletop.

Wonder what those are for, I thought to myself.

I paid her and left feeling hopeful. The doorbell jingled as I left, and the statues in the storefront windows didn’t look as intimidating. The outside air felt warm, and the street lamps lighted the way. I headed home, holding my remedies.

The botánica was not as scary as I remembered as a child. The bright lights, dragons, and crystals were all atypical to my early experience, light and entertaining. I laughed at myself for being nervous in the first place. The world had changed, I had changed, and the botánica had changed with me.

It was comforting to discover that something that had been lost to me for many years was now a short drive away. I was grateful that I’d found a little bit of my old neighborhood in Baltimore. And I knew I would visit it periodically. Maybe next time I’d ask about the machetes…

Later, I followed the instructions and immersed myself in the tub. I lit a candle and said a prayer asking for help. After that, I started to do more rituals at home that I had learned from my mother. These helped me reconnect with her and God, and after awhile my job didn’t bother me so much any more. Eventually, I was able to find a better job. If it had not been for the negativity I experienced, I might not have ever gone back to my important roots. For that particular workplace challenge, I suppose I am now grateful.

Elisa Estrella is a writer based in Baltimore—she earned her MFA in the Creative Writing and Publishing Arts Program at the University of Baltimore just yesterday! 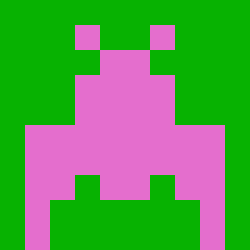